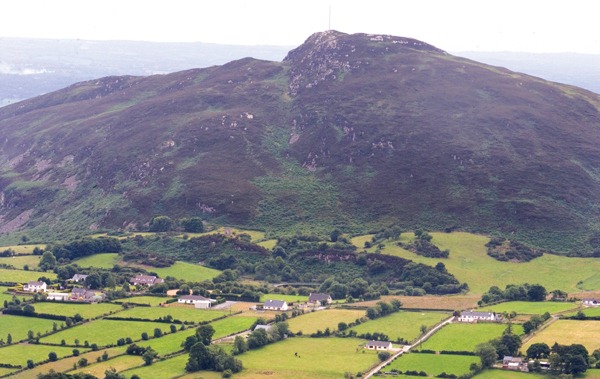 A study on cross-border economic renewal has called for a three-pronged approach to economic development in the region. Stephen Dineen reports.

Economists John Bradley and Michael Best have called for a rebalancing of the border region’s economy, particularly the north west and mid-border regions, through the creation of a border economic development zone.

Bradley is an international economic consultant and Best is professor emeritus, specialising in industrial development strategies, at the University of Massachusetts Lowell.
“The need for a new development strategy for the border region arises because its development is caught between two conflicting perspectives,” the report entitled ‘Cross-border economic renewal: a study on regional policy’ stated. National development agencies focus on their own jurisdictions, while local government and other regional institutions do not have the resources. The problem is compounded, it stated, by fragmented local government organisation.

The study, published in March, said that an economic development zone should be established with three dimensions: spatial, sectoral and institutional.

Spatial definition would involve defining the consequences of the twin problems of peripherality (psychological distance from metropolitan centres) and border policy fault lines. The zone is unlikely to co-incide with existing council boundaries.

Identifying suitable industries, such as hi-tech and environmental technology plants in the eastern cross-border region, food processing in the mid-border region and new manufacturing and service specialities in the north west, will constitute the sectoral dimension.

With the absence of resources or political will to “design new institutions from scratch,” the authors proposed improving and refocusing the existing institutional policy framework “mainly by articulating a shared vision of the challenges faced within the ‘border development zone’.”

Former Industrial Development Authority Chief Executive Padraic White gave specific examples of areas of co-operation at a conference on cross-border economic revival last November: campaigning for progression of the A5; work between Enterprise Ireland and Invest NI in promoting industry clusters; and capitalising on the know-how and graduates of third-level and further education institutions on either side of the border.

Frustrated by the lack of informative economic data on the regional economy (see text box), the authors surveyed different-sized businesses in the border region and documented 12 case studies. They also conducted research on data from the Financial Analysis Made Easy (FAME) database, which lists the activities of 1,000 major companies registered in Northern Ireland and 4,000 in the Republic.

Most of the successful companies in the border region pursued a strategy of developing a distinctive product or service and constructing the production capability to deliver it. Company re-invention “to take advantage of new technologies and market opportunities” was evident among successful firms.

The analysis of the FAME database found that relative under-development in border and neighbouring counties was not because of the border but due to a combination of a persisting low level of urbanisation and community divisions in Northern Ireland. These are combined with the historically differing trajectories of the two economies: decline from high industrialisation in Northern Ireland, the Republic trying to industrialise from a rural economy at the outset. Industrial growth is unlikely to happen without policies that foster clustering of firms in the same sector.

In their report, the authors conducted a SWOT (strengths, weaknesses, opportunities and threats) analysis of the cross-border economy.

A feeling of peripherality in the region is a weakness, as are low levels of population density and urbanisation. Bradley and Best found that only a limited number of colleges produced graduates with technical and business skills that were in demand in the local business environment.

The economic structure is also weak, “characterised by declining, traditional sectors of manufacturing, a high reliance on agriculture, and a lack of the kind of market services that are required to sustain a modern manufacturing base.” Many graduates of local institutions “leave the region and seek employment elsewhere.” Economic planning skills (a mainstream activity of local councils) are in short supply, as are economic data for Northern Ireland.

Maximising benefits from improved North/South communications infrastructure is an opportunity, the report states, as well as a scenario of the Executive and Irish Government regarding the border as an opportunity to strengthen economic links, not as a barrier.

Cross-border bodies also offer an opportunity: “The opportunity to revisit these mainly economic and business functions should not be regarded as a ‘constitutional’ issue. Rather it should be treated as a routine and necessary process of adjustment in light of past experiences and emerging needs.” Managing the existence of different currencies is another opportunity.  Companies near the border with joint North-South management and dual purpose plants could “seek out profitable opportunities as the policy-related fluctuations occur.”

Threats come from the sidelining of regional development and the advantages that other EU cross-border regions gain from integration e.g. the euro. The threat of a cut-off in targeted funding and fiscal adjustments in the UK and Ireland, as well as the long-term costs from different currencies (e.g. cross-border shopping) also pose problems.
While southern development agencies tended to work closely with regional agencies and local groups, DETI has tended to “out-source” regional strategy to the 26 northern district councils and other local enterprise groups “who in turn often operate in isolation from each other and without any guiding province-wide strategic framework.”

They concluded from their SWOT analysis that the border region faces “more internal structural and organisational weaknesses than it enjoys by way of opportunities and internal strengths.” The seeming unwillingness or inability of DETI and Invest NI “to act in a strategic co-ordinating role alongside local development bodies” is, in their view, both an administrative and strategic failure.