Andrew Farmer, Head of Natural Resources and Circular Economy Programme in the Institute for European Environmental Policy, discusses some of the challenges in the implementation of European water policy.

Speaking in the context of the ongoing fitness check of the Water Framework Directive and all of its related directives, where the likes of efficiency, effectiveness and coherence are, amongst other things, being assessed on their individual elements, Farmer states his belief that the fitness check is unlikely to bring about legislative change.

However, he highlights the significance of other ongoing evaluations, such as that of Industrial Emissions Directive (IED) which he says will start to interact with the findings around water, making it difficult to gauge a conclusion currently.

Describing the current implementation of the Water Framework Directive across member states, Framer points to good progress on ground waters but states that surface water progress “leaves a lot to be desired”.

While 74 per cent of groundwaters in member states are rated good chemical status and 89 per cent good quantities status, just 40 per cent of surface waters across the EU have good ecological status or potential.

The main reasons for this, Farmer believes, is due to exemptions used by member states and the uneven application of measures. Defining some of these measures he points to the poor assessment of addressing agricultural pressures and little progress on the protection of drinking waters, particularly from some southern member states around drought management.

However, he is also keen to point out progress where he recognises it, such as on water pricing and around monitoring, despite recognition that gaps in this area still remain.

Looking specifically at chemicals, Farmer says that there is a failure to meet environmental quality standards (EQS) across the EU. Widespread failure, he explains, is being driven by a very small number of chemicals which are “persistent” and “ubiquitous”. Water management authorities are struggling to address chemicals coming from sources such as atmospheric deposition.

“A small number of pollutants cause the majority of water of water bodies in poor status,” says Farmer. “This group of pollutants termed ‘uPBT’ are substances which are ubiquitous in the environment, often from historic releases of highly persistent chemicals or diffuse releases following complex pathways. If these substances are removed from the equation, the number of water bodies in good status would rise from 38 per cent to 81 per cent.”

A further challenge lies in the form of new and emerging chemicals from pharmaceuticals. The EU is currently a pharmaceuticals strategy but as Farmer observes, there are significant gaps in relation to things like medicines.

This, he says, is a gap that has been acknowledged for a long time but has yet to be addressed. “There is a lack of joined-up thinking,” he states.

Turning to nutrients, he describes the problem as much more “intractable”. A lot of surface water bodies are failing to achieve good status of all types because of nutrient problems across the EU around the likes of Nitrogen and, in particular, phosphorus.

“A lot of it is down to agriculture diffuse pollution but there are still some member states where point source nutrients have fallen,” adds Farmer.

“In a number of cases, there is a lack of real analysis by some member states of what needs to be done to achieve good status and what levels of nutrient reduction is necessary. River basin plans quite often lack this and therefore the extent to which measures are not applied is not always obvious.”

Pointing to Denmark as a major driver for addressing nutrients, he says that while work to address the nutrient problem has identified measures which will deliver a reduction, current policies in Denmark will still only close around 50 per cent of the gap that it has.

Farmer believes that analysis, such as that carried out by Denmark, is needed on a much broader scale to address the implementation challenge. 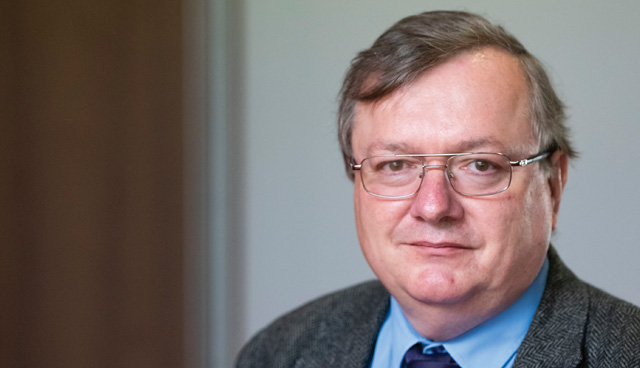 A lot of what member states can’t do is attributed to cost, which Farmer believes is a narrative which needs challenged.

There has been a strand of pressure within EU policymaking since the adoption of the Water Blueprint in 2012 to have better assessment of the economics underlying measures that should be taken and the costs and benefits of those. These assessments help inform planning and stakeholders, they help deliver cost efficiency and tools for sharing economic burden.

Farmer says that while many River Basin Management Plans do contain cost information, these are sometimes limited to parts of operational or capital costs.

While the assessment of relative costs of alternative approaches is assumed as basic, little information is made available by member states in this. Rather than focus on effectiveness, many member states are waiting until other measures under EU law forces them to act.

However, Farmer expects this to change under the upcoming River Basin Plan 2021-20207, where a much stronger focus on Water Framework Directive delivery should challenge managers to determine if measures will deliver.

Evidence from the second analysis of RBMPs suggests that there is still a lack of analysis of the costs of possible measures compared to the benefits they might bring and a key challenge in arguing for spending on measures to deliver benefits is how the law prescribes what exactly is to be delivered.

“Meeting the legal obligation requires measures but the link (or perceived link) to the benefits may not be clear,” says Farmer. “Indeed, most RBMPs do not describe benefits from achieving good status and so justifying costs of measures is not always easy.”

Concluding, Farmer says that the implementation of EU water law remains a massive challenge. While recognising good progress in some cases, some of which is not simply “low hanging fruit”, he believes a huge gap remains which is likely going to need money, political will and difficult social choices. “So, the economic analysis in implementing the Water Framework Directive must be strengthened,” he argues.