Coolness and enthusiasm about the EU and its future can be sensed across the local political spectrum, as parties put forward their views on the purpose of the union. 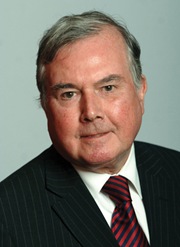 The main functions of the European Union are to provide peace and stability, to maximise prosperity of the region and to ensure that issues of mutual benefit and concern within Europe can be effectively addressed.

The European Union was established after countries could see the benefits of co- operation following the end of the Second World War. Countries realised that working together was essential to cement peace and ensure that further conflict in the region could be prevented.

The role of the European Union has broadened down the years, with it originally being established for stability and to strengthen countries’ economy, to now also focusing on building infrastructure across Europe and helping protect the environment. Europe has had a positive impact on the economies of its countries, with the creation of a common trade zone and the ability of the countries to work as one on common economic aims.

It is particularly useful that the EU is playing such a strong role in environmental protection because pollution does not respect borders and to effectively tackle problems that damage our environment, we need to take a united approach.
Seán Neeson MLA 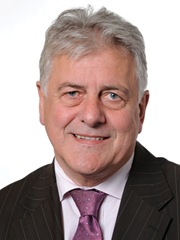 Conservatives and Unionists: Do less but better

The European Union was founded on the noble idea of building peace, security and freedom in Europe after the horrors of the Second World War. In many ways, however, the EU has abandoned these values in the pursuit of an ‘ever closer’ political and economic union which aims to take more and more power on social, economic and political matters away from national governments.

The ceding of more and more power to Brussels must end. This doesn’t mean that nation states can’t or shouldn’t co-operate on matters of mutual concern. I want to see Europe pursue a policy of practical, common sense co-operation where national governments work together to combat climate change, to promote economic stability in member states and to fight international crime and global terror networks, which in most cases are no respecters of national borders.

The EU can be a force for good but for too long it has ignored the wishes of its citizens by indulging in institutional navel-gazing and the relentless pursuit of ever closer political and economic integration. It is about time Europe did less but did it better.
Jim Nicholson MEP 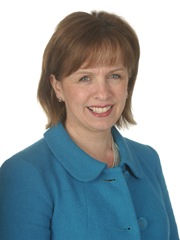 The DUP has always believed in a Europe of co-operating nations, while opposing the creation of an EU super-state, with all the powers and trappings of nationhood.

The present crisis in the eurozone is a demonstration of two fundamentals. Namely that the sceptical analysis of the euro has been found to be correct and that supporters of European integration remain unwilling to learn anything from this debacle.

Instead of accepting that economics has trumped political will, they have responded with the standard tactics and answers they always do. Rules and promises have been broken and yet more money and powers demanded for the European Union.

The United Kingdom’s decision not to join the euro is disrespected when we are expected to cover the costs of its failure. It is also actively undermined by the demand that the British budget is subject to scrutiny in Brussels, before consideration by Westminster, in pursuit of greater economic governance so coveted by Van Rompuy.

The DUP is clear neither more powers nor more money should be given to the European Union to continue to pursue a political dream that has become an economic nightmare.
Diane Dodds MEP 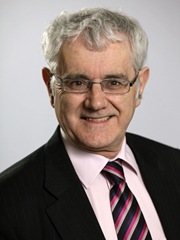 The Green Party in Northern Ireland is a member of the European Greens, a federation of more than 40 parties from across Europe. The European Greens share common policies on economic, political, social and particularly environmental issues.

In 2009 Steven Agnew stood for the Northern Ireland Greens in the European election. His manifesto ‘A Green New Deal’ was common to Green Party candidates throughout Europe. In that election he more than trebled his vote and the European Greens achieved their best ever result returning 46 MEPs.

The Greens have always played a prominent role in the European Parliament and virtually all environmental legislation such as recycling, renewable energy and climate change has been initiated by the Green Party in Europe. This legislation has then been introduced in the various member states, including Northern Ireland.

We therefore work closely with our colleagues in Brussels as the issues which concern us, like climate change, use of fossil fuels, pollution and nuclear policy, are largely global and cannot be resolved within the boundaries of an individual state.
Brian Wilson MLA 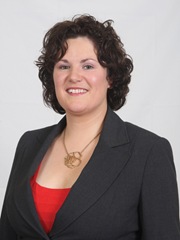 Since our foundation, the SDLP has been positively pro-European and are active members of the Party of European Socialists, the strongest grouping in the Parliament. As well as being the greatest conflict resolution project in global history, the EU has been hugely beneficial for the island of Ireland, allowing us to establish an independent political identity and to develop our economy and infrastructure. Much of the progressive legislation from which we benefit originates in Europe, and we support the right of other emerging countries to receive support as Ireland did.

The SDLP believes in a Europe not just of economies, but of influence and values. We believe that co-ordinated action by member states will not only improve the circumstances of states within the continent, but is the best vehicle for tackling the global challenges of climate change, poverty, building sustainable peace and a just world economy.

There are undoubtedly improvements to be made in how the EU works for its citizens. While accepting that as a compromise across all states and political ideologies it was not perfect, the SDLP supported the Lisbon Treaty as a means to streamline decision-making and make the institutions more accessible and accountable.

We have lobbied for improvements to EU trade policy, reduction in bureaucracy and a greater role for civil society. We believe that it is the interests of an outward- looking society and of prosperity that Northern Ireland should engage positively and actively with Europe, and are disappointed that Northern Ireland’s three MEPs are at best Euro-sceptic and in some cases rapidly opposed to the project.
Claire Hanna, European Union spokeswoman 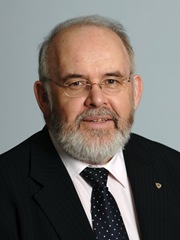 Sinn Féin: Democracy, consensus, and equality At the heart of Sinn Féin’s approach to the

EU is a belief in democracy, consensus, and equality.

We want an EU that:

Deepens meaningful democracy and meets the highest standards of accountability;

These are the benchmarks against which Sinn Féin assesses developments within the European Union.
Francie Molloy MLA, Committee of the Regions member