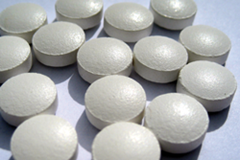 The Home Affairs Committee has launched a drugs inquiry which will examine the effectiveness of the UK Government’s drugs strategy and its contribution to global efforts to reduce the supply and demand of illicit drugs.

The inquiry will specifically look at the availability of ‘legal highs’ and the challenges associated with adapting the legal framework to deal with new substances. It will examine the links between drugs, organised crime and terrorism and what changes may occur with the introduction of the National Crime Agency in 2013. These are relevant to Northern Ireland, as any change to the classification of drugs will translate here. In England, Wales and Northern Ireland, the National Crime Agency will run civil recovery and tax investigation teams tasked with ensuring that assets gained through organised criminality are identified and seized.

Other issues to be covered by the inquiry that the Executive could potentially learn from are: the extent to which the Government’s 2010 drug strategy is in line with the recommendation by the Global Commission on Drug Policy that strategies must be fiscally responsible and grounded in science, health, security and human rights; the criteria used by the Government to measure the efficacy of its drug policies; and the cost effectiveness of different policies to reduce drug usage.

Gregory Campbell’s lobbying campaign against the decision by the US Census Bureau to remove Scotch-Irish from the ancestry tables has received the support of the Parliamentary Under-Secretary of State for Scotland, David Mundell.

In a letter to the East Londonderry MP, Mundell wrote: “I was not aware of the matter, but given the historic contribution that Ulster Scots immigrants made to the establishment of the modern American state, and the enduring cultural and economic links between Scotland, Northern Ireland and the United States of America today, I can appreciate that this development would be a cause for concern. I will provide you with an update as soon as I am able to do so.”

The US Census Bureau has decided to include ‘Scotch-Irish’ in the ‘other groups’ category.

Campbell, who has written to the US Ambassador to the UK on the matter, said the support from the Scotland Office is particularly welcome as the province seeks to develop “ever greater tourism and investment links with the United States.”

Margaret Ritchie has been appointed to the House of Commons Environment, Food and Rural Affairs Committee.

Tasked with examining the expenditure, administration and policy of DEFRA and its associated public bodies, the committee is currently conducting inquiries into the water and natural environment white papers. Other ongoing inquiries include examining the European Commission proposals for ‘greening’ the Common Agricultural Policy and reforming the Common Fisheries Policy. These are “of direct importance to my constituents and people across the North of Ireland,” the South Down MP commented.

“The recent negotiations on fishing quotas demonstrated how regional concerns are often marginalised during negotiations between the British Government and the EU. Therefore it is important that there is a strong local voice on agricultural and rural affairs at Westminster,” Ritchie said.