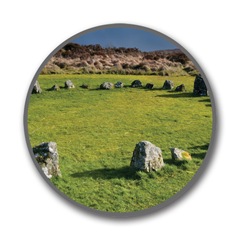 As part of their campaign to install high profile candidates in predominantly nationalist constituencies, the SDLP has opted for party Chairman Joe Byrne for the West Tyrone seat. With his successor, Strabane man Eugene McMenamin, only gaining 3,949 votes in the last Westminster election the party leadership will hope Byrne, who came close to winning the seat in the 1997 general election, will come back to bridge the gap. The SDLP did experience an increase in votes in the 2007 Assembly elections (6,018).

However, Sinn Féin have had a stronghold here, since then vice-president Pat Doherty took the seat from the UUP in 2001. In addition, taking the 2007 Assembly elections as a mid-point, Sinn Féin experienced an increase from 16,910 to 18,437. Both unionist and nationalist candidates will be vying for the 11,095 votes that went to independent Kieran Deeny in 2005, when he pledged to fight for health-related matters such as the retention of the Tyrone County Hospital. Whether Deeny could garner a similar amount of support in the forthcoming election is unclear as many services went to Enniskillen and health is now a devolved matter. It was not clear at the time of going to press whether Deeny will put himself forward in this election.

The DUP have announced Thomas Buchanan as their candidate but a new face will run on the UCUNF ticket. Ross Hussey, brother of former UUP candidate Derek Hussey, is well known for his fervent opposition to the removal of health services from the Tyrone hospital. Like Deeney, Hussey’s support for the hospital and health services could stand in his stead.

However, with combined nationalist votes at 20,859, almost double that of combined unionist votes (10,723), it could be assumed that West Tyrone will remain a nationalist constituency.