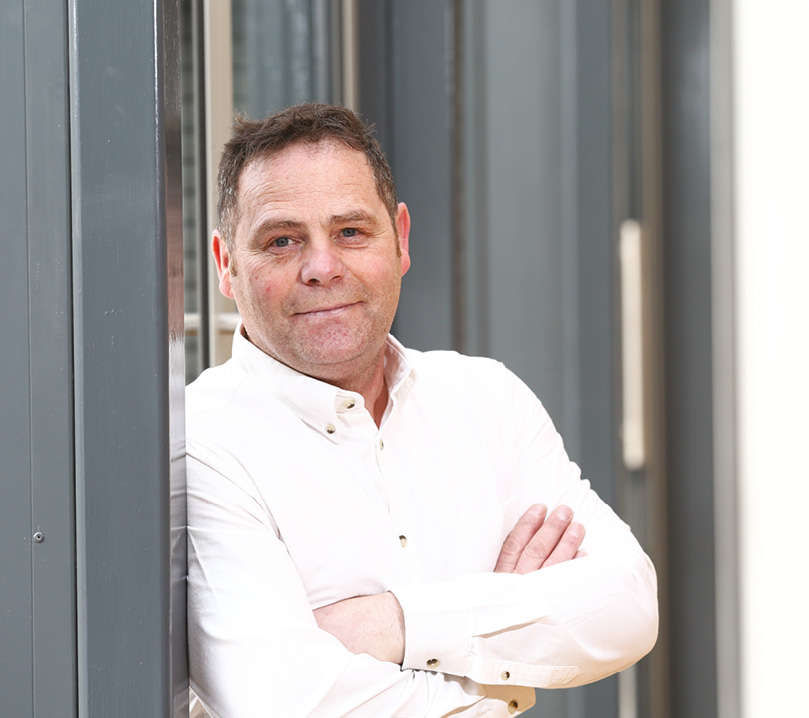 There is considerable evidence supporting the view that training provided to businesses that encourages positive mental health and a positive outlook on life helps create a better working environment.

Recent research by the Northern Ireland Association for Mental Health (NIAMH), now named inspire, found that 75 per cent of employees who attended counselling for mental health problems reported an improvement in their health and declared themselves able to return to work. Further research also found that 50 per cent of staff surveyed said that they would be less likely to take time off if their employer took action to support their mental wellbeing.

Philip McTaggart, of MindSkills training and coaching says: “In today’s world, everything is so fast and furious that sometimes we don’t see what is right in front of our eyes. Mental health and personal resilience is receiving increasing attention because the negative impact is devastating individuals, families, businesses and communities.

“Poor mental health affects at least one in five people, its detrimental impact manifesting itself at times within the workplace. Absence from work due to health-related issues is a major cost to business today. The Organisation for Economic Co-operation and Development (OECD) estimates that ‘mental ill-health is the biggest single cause of sickness absence and health related productivity losses in UK organisations – estimated at a cost of £70 billion per year’ (January 2014).

Since 2003, McTaggart has been working in the area of mental health and suicide prevention. He has been fully dedicated to creating awareness in businesses and communities about mental health and the causes and repercussions of suicide. His aim has been to break down barriers and promote positive mental health, encouraging people to overcome the stigma that prevents vital help-seeking.

McTaggart explains that stress and mental ill-health are some of the biggest factors contributing to long-term sickness absence across all industry sectors in Northern Ireland and it is estimated that mental ill-health costs the economy approximately £4 billion every year.

“Various factors in the workplace can cause stress or increase the risk of developing or worsening existing mental health problems. Events such as a bereavement, a relationship breakdown, or financial problems, too, can exacerbate any mental health issues, as well as giving rise to them,” he adds.

In the estimation of the mental health charity Mind, ‘one in five employees have called in sick due to stress, but 90 per cent did not feel able to tell their boss the real reason (2013)’. McTaggart says: “For work colleagues and friends, it is often the fear of aggravating things that prevents intervention – people are afraid to say or do the wrong thing. People who do recognise the signs of failing mental health may ignore them, simply due to the stigma attached to suicide and mental health issues. Stigma is still a big problem. It stops us getting help when we need it, those phrases ‘pull yourself together’, ‘you are making a fuss about nothing’ and ‘don’t be talking like that’ can get in the way of us recognising we have an illness and getting treatment for it. 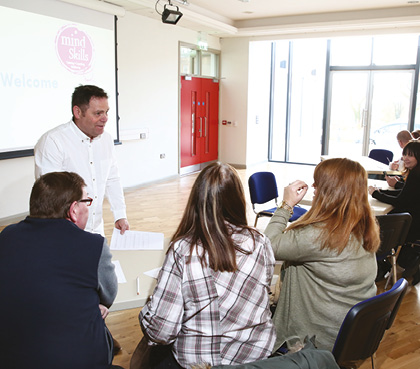 “The myths around mental health, the fear of being locked in a padded cell dressed in a strait jacket stop us ringing a friend to share our concerns or calling the GP. People go on without help for months, sometimes years. Mental health problems do not get better on their own.”

So why would any business invest in mental health training when budgets are being cut and paying customers are shopping around for better deals? McTaggart lists some of the reported benefits of supporting mental health in the workplace as increased productivity and motivation, reduced absenteeism, lower staff turnover and increased staff loyalty.

“Sadly, employees who don’t receive appropriate, empathic support often leave, particularly after a period of illness. The issue feels too big to challenge, particularly when they have experienced an episode of mental ill health. At MindSkills we have developed a specific focus to support people in this position.”

Philip has been delivering suicide prevention and positive mental health training in his own unique way for 14 years and is the founder of PIPS (Public Initiative for the Prevention of Suicide and Self-harm, named after his young son Philip-pip). Galvanising others around him, he has established two dedicated prevention centres in north Belfast, he is also a personal and business life coach and accredited trainer. Philip has provided professional training to various types of organisations, including schools, youth and community centres, church groups, local businesses, MLAs and government agencies, through his MindSkills training programmes.

We build on ambition. YOURS

Wellness in the workplace: a worthy investment

September 2018
Back to top button
Close
By continuing to browse this site you are agreeing to our use of cookies.
Close