With the transfer of urban regeneration powers delayed until the next mandate, agendaNi examines the benefits of putting these powers in the hands of local councils. 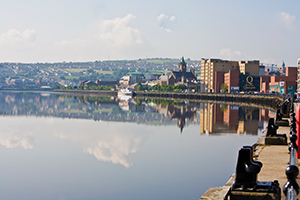 With the creation of 11 new councils last year, plans are in place to extend community level regeneration powers to local councils. The transfer of these powers requires enabling legislation which was expected to be enacted in early 2016. However, the Bill was delayed at committee stage prompting the then Social Development Minister, Mervyn Storey MLA to defer the legislation for the consideration of the new Department for Communities in the next mandate.

Under current proposals, local councils will have the power to organise community redevelopment and won’t be restricted by a template from Stormont. The idea underpinning this transfer of power is the concept of allowing locally elected representatives to deliver local solutions. At present the Department for Social Development has responsibility for urban regeneration and rural regeneration falls under the Department of Agriculture and Rural Development’s remit. However, when these powers are transferred to local councils no such limitations will be in place.

Currently the Department for Social Development’s main vehicle for urban regeneration is the neighbourhood renewal of areas at risk of deprivation. The department also supports vibrant town centres and the improvement of arterial routes.

The Bill proposes to extend powers but not transfer functions. Local councils will be given the power to carry out community redevelopment without a template restricting their decisions imposed by the Assembly. The Department for Communities will be one of the Assembly’s new departments and will be staffed by a third of the entire civil service. Its powers will include regeneration activities at key military sites and responsibility for sport, museums and libraries. The department will have policy responsibility for community regeneration and will be primarily responsible for working with local government.

With the expiration of the Assembly’s mandate any work on the Bill so far will be redundant in the next mandate. With the arrival of a new department and mandate, scepticism that a Bill to enable the transfer of these powers may not pass is justified. However in a meeting with Northern Ireland Local Government Association (NILGA) President, Carla Lockhart in January, DSD Minister Lord Morrow stated that the transfer of these powers is ‘a given not a maybe.’

While reassurances about this transfer of power have been given, the Northern Ireland Local Government Association’s Chief Executive, Derek McCallan has called for this to be delivered at a much greater pace. He is also keen that councillors’ ambitions should not stop at just urban regeneration. 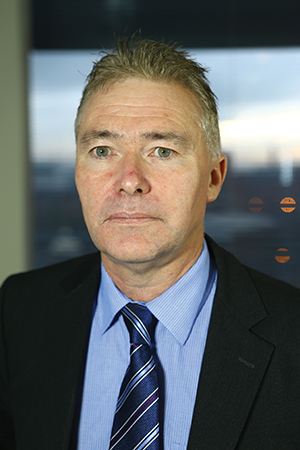 “The reform conferred new powers like planning, developing the local economy of each area, and community investment to the 11 authorities,” states McCallan. “The process takes a multi-agency, one public purse approach to delivering services to and representing all of us in Northern Ireland but reform in service quantity terms is much less than that proposed in 2007 under Direct Rule.

“Councils have some power and some services but much less so than in other devolved nations and when compared to the Republic of Ireland. Good government requires local decision taking which is effective, innovative and responsive.”

McCallan is clear that the mechanics of change are working but notes that a radical push is needed to drive a new ideology and greater devolution is now required. “I sense an appetite for change amongst fatigued local businesses and residents, and also from civil service colleagues too,” he says. “Councils invest 6 per cent of Northern Ireland’s £20 billion public purse, compared with between 23 and 26 per cent elsewhere. Some activities which should be in the hands of local government remain in the grip of central government.”

Noting the emptying of gullies, on-street parking and libraries are still the responsibility of central government departments, McCallan states that the transfer of these powers can increase democracy and improve where and how public services should be best delivered. He points to the fact that devolution is gathering real momentum across England and Scotland with the associated transfer of functions and resources.

“Here, there is no talk of ‘economic powerhouses’ like Manchester and Cornwall. Some would argue that Northern Ireland is simply too small. If Cornwall is big enough, so are we. In the Netherlands, almost 88 per cent of public services, as well as civic leadership, are delivered through councils. Councils working collectively as well as on a local basis, are more effective as coordinators of key services and enablers of local decision taking, than more remote institutions and bodies.

“They are also, for the simple reason of geography, more connected with local issues and highly accountable to local people. With the reform of local government complete in terms of boundary restructuring and with a new Programme for Government kicking in after May 2016, government in Northern Ireland has a once-in-a-generation opportunity to work collectively as well as locally in partnership, to improve the governance, economy and quality of public services for everyone who lives, works and visits here,” he concludes.