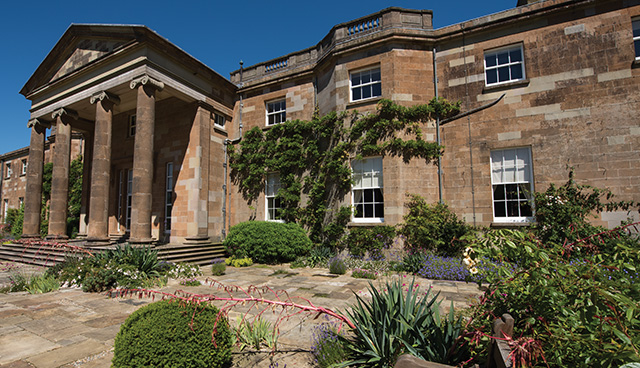 Iain Greenway, Director of the Historic Environment Division, outlines the actions and plans of the Department for Communities in unlocking the further economic potential of heritage tourism in Northern Ireland.

Heritage is what makes a place special. What makes it authentic. What makes it distinctive. Northern Ireland is full of heritage – what strikes me, having lived and worked in different counties, is the sheer density of our heritage; from hill forts and cairns through tower houses, Georgian and Victorian towns and cities, to more recent industrial heritage.

That heritage is often more appreciated and sought out by visitors than those of us who live here. There were 7.3 million visits to heritage attractions here in 2016. These included historic properties, museums and art galleries, visitor and heritage centres, workplaces and places of worship. People making those visits spend more time and up to two and half times as much as visitors to other attractions. And cultural tourism represents 40 per cent of the visitor market around the world.

Just as one example, a 2017 study by Deloitte identified that Titanic Belfast – a site based on one ship of one company in one strand of our rich industrial heritage – generated an additional £160 million spend in the local economy during its first five years of operation. A portion of the income made by the centre is passed to the Titanic Foundation, which reinvests this in significant further developments within Titanic Quarter.

Tourism NI has placed heritage tourism front and centre in its work to grow tourism income and visitor appreciation of Northern Ireland. There are many, many elements to this and many stories that we can tell – and tell and connect still better.

To take just a few examples: The Derry Walls are 400 years old in 2019. There are the principal asset of a walled city that is becoming a must see destination. Some of the interest is in the history itself and in the events that have taken place on and around them. Other elements are the shape and structure they give to the city that they enclose. This of course brings challenges – how to live and work in a space which is important for the past as well as the present and future.

“That heritage is often more appreciated and sought out by visitors than those of us who live here.”

The Inner City Trust is convening a conference this autumn – working with HED, Derry City & Strabane District Council and other stakeholders – to develop a clear vision and blueprint for making the city vibrant and even more successful. Other visitors will explore key sites around the walls – the cathedrals and museums for instance; while others will be drawn by special events. The walls, for me, encapsulate so much about our heritage – the way past and present intermingle, making them a very special heritage asset.

A major new arrival on the heritage tourism scene in 2019 will be Hillsborough Castle, where Historic Royal Palaces have extensive work underway to present the building for visitors – whilst allowing it still to be a royal residence. HED has passed over, with the consent of Lord Downshire, the courthouse and fort to allow the combined impact of these structures to be realised. The work is including some important and innovative elements such as the building by the Prince’s Trust bursary students of a summer house in the walled garden – again showing how heritage connects with the draft Programme for Government.

Carrickfergus Castle will undergo its most significant work for decades in the coming year, with a new Tudor-style roof replacing the current flat roof of the Great Keep. This is an important first element of the overhaul of the castle as a visitor experience and civic space. HED continues to work in partnership with Mid and East Antrim Borough Council to open the castle, with evening opening in place again this summer. As part of the Carrickfergus Regeneration Investment Programme the council is using heritage – including heritage tourism – as a central element of regenerating the town, connecting other important sites such as St Nicholas’ Church, the Gobbins coastal path and FLAME gasworks. 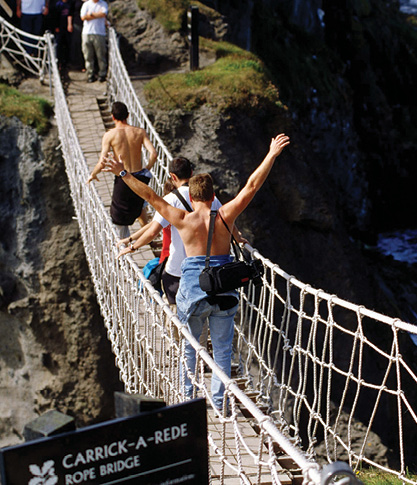 These examples are on the grand, even monumental, scale. But heritage is in the smaller scale as well. As part of a five-year programme of work under an agreed heritage tourism framework published by Tourism NI in September 2017, a leadership group of Tourism NI, Arts Council NI, HED, Heritage Lottery Fund and the British Council are using the European Year of Cultural Heritage 2018 as a springboard to further site developments and also for building the capacity and resilience of the many organisations – public, private and third sector – who care for and operate (or aspire to operate) heritage tourism sites.

This led to a wide range of strong applications to a £500,000 grant scheme operated by HLF and part-funded by HED and TNI, to explore new ways to celebrate and promote Northern Ireland’s diverse cultural heritage.

These projects are now underway and include bringing the Derry Walls to life using augmented reality; creating guided tours around our important and fascinating linen heritage; connecting the industrial heritage sites along the Causeway coastal route; sharing via digital technology the stories of the Lagan Navigation; telling the stories of the sites brought to prominence through use in the Game of Thrones; using archive material and stories to share the history of our lighthouses and the places in which they stand; and creating interactive experiences in our local museums with a particular focus on visitors aged 18-30.

I will take two of the projects to show that smaller scale is a vital element of our heritage tourism ‘product’.

Sea Gods Shipwrecks & Sidhe Folk will take eight of the ‘hidden gems’ of Causeway coast sites and uncover the connections between the landscape, local folklore and iconic treasures that are held in our museums to draw visitors into these lesser-known sites. This will help to remove pressure for the overloaded headline sites and will breathe life into sites such as Kinbane Castle – a few miles from Dunluce Castle, at the base of the cliffs that it was designed to protect but which is generally passed by as visitors dash along the Causeway route.

Combining tourism, heritage and genealogy, the Relating Histories project in Fermanagh will explore four historic graveyards at Aghalurcher, Old Cappagh, Drumragh and Cleenish Island, engaging people with the hidden heritage of both the sites and the wider area through guided tours, blogs and onsite events. These are important sites for local people, but also for visitors who have perhaps not been aware of these sites of beauty and history.

The projects show what we can achieve through bringing together our heritage sites, our amazing landscape, our ability in storytelling, and our local skill base in technology and creativity. Their results will provide inspiration for others – allowing us to understand and realise the value of our historic environment, large and small, old and not so old, exposing its many, many layers to sightseers, history buffs and the curious to the benefit of our economy and of our communities.