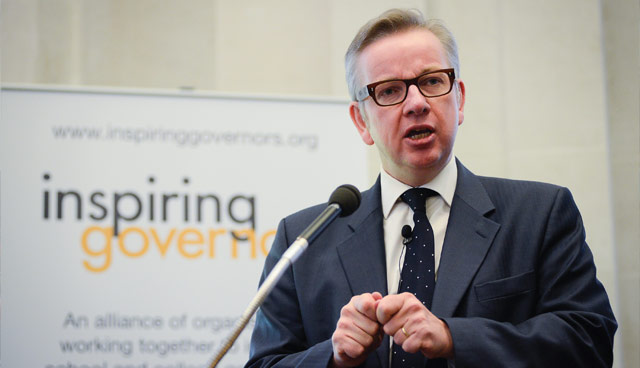 Department of Environment, Food and Rural Affairs (DEFRA) Secretary of State Michael Gove MP has likened the role of emerging technologies within UK agriculture in the coming years to a “revolution”.

Speaking to this year’s Oxford Farming Conference he argues that: “Accelerating technological advances, such as the drive towards artificial intelligence, the more sophisticated than ever analysis of big data, drone development, machine learning and robotics will together allow us to dramatically improve productivity on traditionally farmed land.

“This will also reduce the need for labour, minimise the imprint of vehicles on the soil, apply inputs overall more precisely, adjust cultivation techniques more sensitively and therefore allow farmers to use far fewer natural resources, whether carbon, nitrogen or water, in order to maximise growth.”

Gove adds: “Data analytics, allied to sensors which monitor the health of livestock, will also allow us to develop the optimal environment for animals, helping us to get their nutrition right, safeguard their welfare and improve both dairy and meat production.

“Gene-editing holds out the promise of dramatically accelerating the gains we have secured through selective breeding in the past. The ability to give ‘Mother Nature’ a helping hand by driving the process of evolution at higher speed should allow us to develop plant varieties and crops which are more resistant to disease and pests and less reliant on chemical protection and chemical fertiliser. They will be higher-yielding and more environmentally sustainable.”

Gove also believes that vertical farming, with vegetables grown in temperature, moisture and nutrition-controlled indoor environments can guarantee improvements in yield while at the same time limiting environmental externalities. In his view there is the added benefit that vertical farms not only minimise land use but can of course be located close to the urban population centres they serve.

Gove further explains: “We are also likely to see more and more of our need for protein met by aquaculture and cellular agriculture. Fish farming is an increasingly efficient way of using crops to generate nutritious proteins.

“Advances in synthetic biology may allow us to create traditional animal products, from gelatine and egg whites to milk and even meat, in labs.”

According to the MP, the potential for Britain to lead in this revolution is immense. Chairman of the 2019 Oxford Farming Conference, Tom Allen-Stevens believes there are many challenges to making this vision a reality. “Of course, there are challenges. To take advantage of precision technology, AI, robotics and data analytics requires a level of capital investment which is not available to all,” he claims.

“There are important ethical, and economic questions about gene-editing which we need to debate. Vertical farming relies on energy inputs which are currently costly and carbon-intensive.

“Fish farming, of course, generates its own environmental externalities. And lab-grown proteins, meanwhile, are very far from everyone’s idea of a mouth-watering treat. They are also extremely expensive at the present time.”

The growing use of robotic milking systems is the most obvious sign of new technological systems coming of age on farms in Northern Ireland.

It has been estimated that approximately 300 local producers have committed to this form of milk production. The technology frees the farmer up from the daily drudgery of manually placing clusters on cows, twice or thrice daily. Moreover, a robot will milk a cow to the same standard, time after time, while also providing oceans of information on individual cows’ performance in real time. The technology also allows the farmer to spend additional time putting more efficient farm development plans in place. 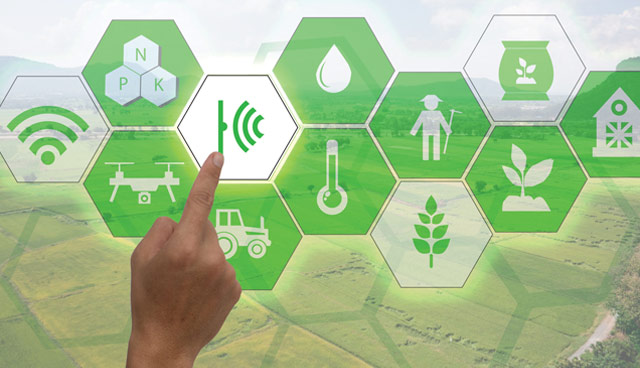 But robotic milking is only the tip of the iceberg, with regard to the rolling-out of new technologies within the dairy and other livestock sectors. Genomic assessment of bulls, for example, is allowing animal breeders to identify elite breeding stock at birth, courtesy of DNA analysis. Up to now it took many years for a bull’s progeny to be physically assessed before it was possible to secure hard facts regarding his breeding worth.

The sexing of cattle semen is another technological breakthrough, which is allowing farmers to pre-determine the gender of a calf, produced from specific mating. This is particularly relevant within the milking sector, as it allows farmers to secure female herd replacements from their best cows.

Finally, automatic heat detection systems are allowing farmers to identify cows that are in season without the labour investment of having to physically inspect their cows up to four times daily. As one proponent of the technology said: “Why keep a dog and bark yourself?”

However, there are challenges. The downside to the new innovation and technology issue is the continuing resistance to the uptake of genetically modified (GM) crops and fed ingredients.

Farmers are being continually encouraged to do everything in their power to control input costs. However, it could be argued that they are striving to achieve this objective with one arm tied behind their back, given the iniquitous way in which the European Union (EU) has handled the GM issue. The reality remains that the power brokers in Brussels are still taking far too long to ratify new GM crop varieties.

Meanwhile, the zero tolerance regulations regarding the importation of uncertified GM crops into the EU continues to make life for the local feed trade extremely difficult. If this status quo is retained, the consequences for our livestock sectors down the road could be horrendous. Compare all of this with the news that American researchers are now using genetic manipulation to combat mastitis and a range of other animal diseases. From an EU perspective this may well be regarded as a worrying development – although not an altogether surprising one. For one thing, it reflects the totally different attitude that exists towards genetic engineering in the United States, compared with Europe.

Across the pond, it really is a case of anything goes. Hardly a day goes by when one US research body or another is either announcing some form of breakthrough associated with genetic engineering or is seeking funds to carry out work of this type. All of this is taking place in the public domain with little or no resistance coming from consumer or environmental pressure groups.

Contrast this with the public outcry in Europe over genetically modified sugar beet, oilseed rape and maize. Literally millions of pounds have been spent over most of the last decade carrying out trials at secret locations in order to gauge the likely environmental impact of these crops. Landowners and farmers known to have acquiesced in this work have been publicly pilloried with the result that the term ‘genetically modified’ is now synonymous with every negative image that one can conjure up when it comes to food safety and wholesomeness.

Admittedly, the cause of those supporting genetic engineering in Europe has not been helped by the myriad food scares that have come to light over the past 10 years. As a result, genetic modification now ranks ‘proudly’ with BSE, Salmonella and Dioxins in the public’s all-time food safety scare list. So where do we go from here?

Brexit may well be the stimulus that brings about a change in policy, where GM and local farming are concerned. The current UK Government has consistently argued in favour of ‘science’ being the main driver when it comes to making decisions regarding the implementation of new technologies across the board. The recent green light to allow GM wheat trials at the Rothamsted research institute in the south of England is evidence of this commitment. But only time will tell if this momentum will be maintained.