The confirmation that farm incomes in Northern Ireland dropped by 25 per cent in 2019 will undoubtedly weigh significantly on the Ulster Farmers’ Union’s push for the best possible farm support measures and associated trade deal for agriculture in a post-Brexit world.

The UFU believe they are starting from a clean slate when it comes to plotting the future for farming and food in Northern Ireland, however, the real challenge will be that of converting these sentiments into a reality that delivers long-term sustainability for farmers.

In truth, the income figures, released at the end of January, make for poor reading. They confirm that Total Income from Farming (TIFF) dropped from £386 million in 2018 to £290 million last year. Admittedly, these are only estimates. However, the betting money is on the finalised figures reflecting an even more depressing state-of affairs for all the farming sectors.

Poor prices for most food commodities over the majority of the past 12 months have been the drivers most responsible for the fall in incomes. In this context, beef and lamb took the greatest hit.

UFU president Ivor Ferguson is quick to point out that issues such as prices and the weather are matters that farmers have absolutely no control over. This leaves producers hostages to fortune in a world which has seen consumers demand, and receive, cheaper food.

“The income figures stress the unsustainable financial situation that farm families across Northern Ireland endured last year as farm income across virtually all commodities experienced a substantial drop,” he says.

“It is a clear indicator that the uncertainty farmers have been dealing with, combined with increasing machinery, feed and fertiliser prices over the last few years is beginning to seriously impact their farming businesses.

So where does all of this leave the UFU from a policy development perspective in 2020?

First off, the UFU is calling for the establishment of a new, overarching ‘food marketing body’ for Northern Ireland. According to Ivor Ferguson, provision for such a development was made by members of the Executive,
prior to its collapse in early 2017.

“We also believe that £25 million can be made available to support the new body, once established,” he adds.

“It will be in a position to work closely with existing organisations, such as the Livestock and Meat Commission, the Dairy Council and the Pork and Bacon Forum. In a post-Brexit world, there will be a greater need than ever to market locally produced food more effectively.”

Ferguson believes that better marketing is an essential part of an overall campaign that will be required to deliver better farm gate prices in Northern Ireland. Meanwhile, the UFU hierarchy may soon find themselves at odds with the new Agriculture Minister Edwin Poots MLA when it comes to deciding what form of support measures will be put in place for agriculture beyond 2020.

“Our members are telling us that they do not want to see future support measures delivered in the form of coupled payments only. There is a role for an area-based support mechanism within the mix of farm policies that will take us beyond Brexit,” Ferguson explains.

“It’s all about getting the balance of support measures right. Resilience payments, which reflect the area of land within a farm business, should be part of this mix. However, it is crucially important that all future support monies must go to active farmers only.”

Ferguson’s comments follow in the wake of public pronouncements made by Minister Poots, who believes that coupled payments should be at the very heart of the new farm support arrangements for Northern Ireland.

However, it’s all about the money. Beyond 2020, London will dictate the size of the farm support budget available to the UK and how these funds are shared out. Last time around, when it came to the ‘divvying-up’ of the 2013 CAP budget, Scottish farm leaders were unimpressed at what they regarded was the more than favourable treatment meted out to Northern Ireland. They also made the point, very forcefully, that all of this came at Scotland’s expense.

Members of the UFU’s presidential team believe that they can head Scotland off at the pass on this issue but fear the possibility that London might decide to share out the farm support budget on the basis of the Barnett formula. If this were to become the case, it would hole production agriculture in this part of the world below the water line.

In a post-Brexit world, there will be a greater need than ever to market locally produced food more effectively.

Not surprisingly, Ivor Ferguson believes that all sectors of agriculture need to take action to tackle climate change. 2020 has seen the publication of ‘Land Use: Policies for a Net Zero UK’ by the Committee on Climate Change (CCC). This document recognises that the agricultural sector has an important role to play and can be part of the solution.
The UFU President says: “Reducing greenhouse gas emissions is a huge challenge for Northern Ireland agriculture but we are up for it. It is positive to see that the CCC report has recognised that UK farming produces some of the most sustainable food in the world, setting an example of high environmental, animal health and welfare standards. The report also highlights that imported food produced to lower standards and with a higher carbon footprint than products in the UK, is a serious threat to our environment.

“In the UK, 65 per cent of farmland is best suited to grazing animals and if we were to allow imports to flood our market, we would be sanctioning the destruction of tropical forests in other regions to create grassland for livestock. The extensive nature of grass-based farming in Northern Ireland means we are already largely green by nature. Grass fed production helps Northern Ireland farmers to manage habitats and produce a quality product from land that is unable to produce other crops. Grassland, farmland hedges and trees are also crucial for carbon sequestration and the report has acknowledged this which is encouraging.

“There have already been gains with the dairy sector in Northern Ireland reducing its carbon intensity by 34 per cent since 1990 and it is great to see that in the report productive and efficient agriculture is credited as part of the solution.”

As the population grows, the UFU acknowledges there is a challenge in mastering the delicate balancing act between the rising demand for food, changing diets, land use and tackling climate change.

“There has been a lot of focus on changing diets, but plant-based products do not always benefit the environment, therefore, it is vital that proper consideration is given to environmental pressures regarding food production. Northern Ireland’s farmers produce high quality beef, lamb and dairy, which local consumers can have confidence in as part of a healthy balanced diet,” concludes Ferguson. 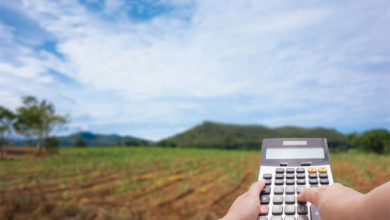