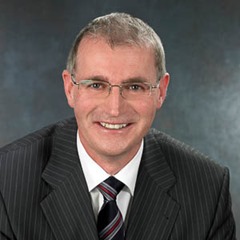 Planning has always been an important responsibility for local authorities in the Republic and, as Kieran Dennison explains, often presents councillors with difficult decisions. Dennison has been a Fine Gael member of Fingal County Council since 2009 and currently chairs its strategic policy committee.

“It’s true to say that it’s often been controversial,” he acknowledges, “and we councillors find it difficult at times to say ‘no’ to our constituents.”

Dennison has mixed feelings about councillors having responsibility for planning. He notes that if the system had been entirely in the hands of planners, the Republic would not have needed the 15-year Mahon Tribunal which investigated planning-related corruption in County Dublin.

A raft of legislation has been introduced since 2000 as a result of the tribunal and other investigations. In addition, the Standards in Public Office Commission holds all elected representatives to account and requires councillors to complete a register of interest. Any land dealings and any political donations over the value of €100 must be declared. Donations must also be lodged in a specific bank account for political purposes. Fingal is experiencing the fastest population growth in the Republic and absorbs much of the growth emanating from Dublin city. The county development plan runs from 2011 to 2017 and is underpinned by local area plans.

“The development plan is essentially a contract with the community,” Dennison explains. Councillors have to take new EU directives, national policies and regional planning guidelines into account.

Most of the county’s land area is zoned for rural use or greenbelt although large areas on the fringes of Dublin are residential or commercial. The process of drawing up the plan is intensive and time-consuming – partly due to the large number of meetings with people proposing a development.

He adds: “Everybody thinks that they are the only one with a great plan but, to be fair to everybody, you have to sit down with them and hear them out.”

Some councillors find this very difficult as meetings often take place at unsociable hours and commercial developers may have a better understanding of how the process works. On some occasions, he would table a proposal for discussion at a council meeting – not because he agreed with it but to let the developer have a fair hearing.

The council sent a plain language booklet about its proposed plan to all households in the county and advertised the process in all local and national newspapers. It hosted four public consultation meetings and three stakeholder meetings.

“It’s surprising sometimes how little interest there is from the public in the process,” he remarks. During the initial public consultation, 553 written submissions were received and 108 people attended the public meetings – in a county with around 270,000 residents.

The county manager reports on the consultation process, takes direction from councillors and draws up a draft plan. This is published for another consultation, after which the council considers any material alterations. These are also subject to consultation before the final plan is published. The Minister for the Environment can overrule a plan or adjust it if he considers that the guidelines have not been followed. Once the plan is approved, variations can be brought forward by councillors or the county manager.

“There’s tremendous pressure on councillors in rural areas to deliver one-off houses for their constituents,” Dennison notes. Permeability is an important concept to consider i.e. the ease with which a person can walk from one housing area to another. “This is something that communities don’t want,” he explains. “No residential estate wants to be open so that everybody can walk through it at all hours of the day and night.”

Dennison’s main message to northern councillors is to look at planning as a way to deliver for communities. “It also involves leadership and being able to take difficult decisions,” he concludes, “and working for the good of the whole community – and for the whole of the country in Northern Ireland – not just for those individuals who that think their proposal is the right one.”