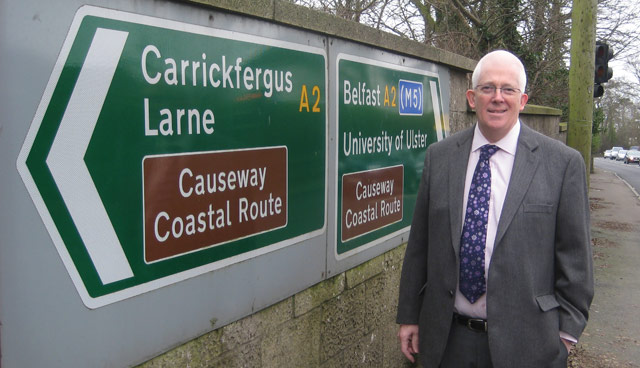 As the Stormont stalemate passes beyond the two-year benchmark, Northern Ireland remains the only part of the United Kingdom without any form of social value legislation. Niall Coleman speaks with Stewart Dickson MLA, Chair of the All Party Group for Social Enterprise, about the work going on behind the scenes to bring relative legislation to the region.

Calls to introduce social value legislation in Stormont have grown over recent years, particularly following the passage of the Public Services (Social Value) Act in January 2013. First introduced as a Private Member’s Bill by Conservative MP Chris White, the Act places a statutory duty on certain public authorities to consider the economic, social and environmental wellbeing of an area when procuring and awarding contracts.

In Northern Ireland, voices advocating for the introduction of social value legislation have reached across the divide of the Assembly floor, securing cross-party support. However, despite such support, social value legislation has remained shelved for two years following the collapse of the Stormont Executive in January 2017, much to the frustration of East Antrim Alliance MLA Stewart Dickson.

“In a sense, the work of the All Party Group for Social Enterprise has continued to go well in the absence of an Executive,” claims Dickson, reflecting on two years of committee work in a Stormont locked in political stalemate. “The group continues to meet and is one of the most successful in the Assembly in that we regularly attract cross-party representation from Assembly members”.

For Dickson, in his role as Chair of the All Party Group, frustration at the lack of a functioning Assembly comes in two forms. “In one sense, it is the frustration of not having an Assembly to oversee the delivery of a Social Value Act for Northern Ireland. Secondly, it is how that lack of an Executive is impacting across a diverse range of providers and suppliers in the country who would be required to be considered in public service contracts,” he states, highlighting “the massive missing link” in Northern Ireland’s public sector. “That’s not to say that the public sector shouldn’t look towards the social enterprise sector to provide services for them. But when it becomes statutory obligation to take that into account, that’s a game-changer.”

A lack of statutory obligation is sustaining a system in which social value measures taken by businesses and local authorities are done so on a voluntary basis. The voluntary approach to social value procurement can be seen in a recently published report by Belfast City Council’s City Growth and Regeneration Committee, which updated the group on a new approach currently being trialled in the Leisure Transformation Programme (LTP). With a social clause policy devised to support the delivery of the commitments outlined in the Belfast Agenda, Belfast City Council are described as “leading the way” in voluntary social value measures.

Via the Leisure Transformation Programme, a social value approach was realised in the ring-fencing of employment opportunities for the unemployed, as well as the creation of new apprenticeships and paid work experience opportunities. “Any measure that allows the profits to go back into the business, or back into the community is a huge plus point and inspires and invests in those employees working in social enterprise and it invests in the business in terms of new equipment, ideas and technology. However, it also invests in the community, and you aren’t paying out to the shareholders – you’re paying dividends to the workforce,” claims Dickson.

However, the report highlights the policy as a “relatively ‘blunt’ instrument”, with social value opportunities restricted and communities consequently missing out on potential long-term benefits because of lacking legislation. “As brilliant as it is, these social value measures need real statutory footing. The public sector likes to work with certainty, and if there is legislation passed to secure that certainty, we will be in a very good place.”

“As brilliant as it is, these social value measures need real statutory footing. The public sector likes to work with certainty, and if there is legislation passed to secure that certainty, we will be in a very good place.”

Despite the pioneering work of local authorities such as Belfast City Council and continued meetings of the All-Party Group for Social Enterprise, the securing of social value legislation for Northern Ireland is dependent on a Minister for Finance and a functioning Government. “An Executive forming is the difference between considering social value and making it a duty of public sector organisations to consider social value when providing for contracts,” claims Dickson, adding: “If it fails, it is the biggest failure of not having an Assembly.”

“If we were in a position to debate and implement a Social Value Act in Northern Ireland, it would take us in advance of where the rest of the United Kingdom is, and that is brilliant,” he claims. “I don’t think the work of the All Party Group for Social Enterprise runs any risk of becoming outdated. In fairness to the Department, they are soaring steps ahead compared to where we would’ve been had we just followed the existing legislation. If and when an Assembly returns, a Social Value Act will be new and up to date.”

In the event of a returned Assembly, Dickson maintains that the passage of a Social Value Act would represent “an easy win”: “It’s got all-party support, so any incoming minister will be arriving to a win-win situation. Any minister coming in after such a long period of time will be immediately confronted with the must-do’s in their tray. A lot of it will be firefighting, a lot of it will be decision-making on the most urgent of issues. However, if a minister wanted a quick win on a piece of legislation that could demonstrate the unity of the Assembly, then a Social Value Act for Northern Ireland would be just that.”

Whilst recognising the value of social value legislation in Northern Ireland, Dickson is cognisant of weaknesses identified by Lord Young, whose criticisms centred around poor public understanding and awareness of the Act. This is addressed by Dickson, who insists that training must be built into any Social Value Act for Northern Ireland: “These people who would be on the procurement side would have to know and understand what social value delivers and adds to any contract they are working on. The other side of that coin is that there are many social enterprise organisations out there who probably think that they couldn’t sell products or services to the public sector.

“There’s a lot of it going on already, but its needs statutory footing – we need to make this an obligation,” concludes Dickson.