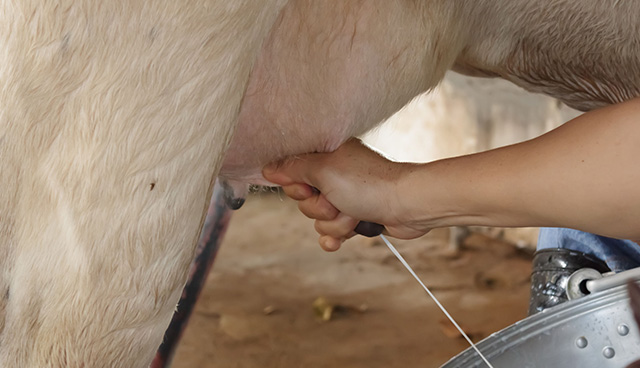 Cattle numbers in the Republic of Ireland have increased by some 400,000 head over the past decade. For the most part, this increase can be explained by the growth in the dairy sector that has been recorded in the wake of milk quotas that ended 31 March 2015.

It has been estimated that an additional 300,000 dairy cows have been added to the Irish cattle herd over the past three years. They, in turn, have been adding around 1.5 billion litres of milk to the national dairy output figures.

This expansion has been attributed to two core drivers. These are: the expansion of existing dairy enterprises and those farmers, previously engaged in other sectors, to get into milk with the ending of quotas.

The growth in milk has been most obvious across Munster and those parts of Leinster where there is a strong tradition of dairy farming.

The drivers for this expansion are easy to discern. Given the poor returns available for beef over recent years, many farmers operating in that sector took the view that milk would give them a better chance of securing long-term sustainability.

Adding to this trend is the fact that quite a number of existing milk producers saw the ending of quotas as a chance to expand the scope of their enterprises. The theory is a simple one: the bigger the business, the greater the opportunity to drive efficiency levels within it.

All of this had been foreseen by policy makers a decade ago. The Food Harvest 2020 report, published in July 2010, foresaw a 50 per cent increase in Irish dairy output being achieved within the scope of its remit. This target is well on the way to being met.

By the end of 2015, the increase in recorded Irish milk output was two thirds of the target expansion set by the Harvest 2020 authors. In addition, the official figures also confirmed a significant increase in both milk fat and protein percentages. Milk output went up by a further 8 per cent and 9 per cent in the calendar years 2016 and 2017, respectively.

The growth in Irish dairy output has been mirrored by an investment in additional processing capacity on a nation-wide basis. As a case in point, Glanbia co-op officially opened its new state-of-the-art dairy processing facility at Belview port in County Kilkenny in March 2015. Coming in at a cost of almost €200 million, it represents one of the largest, private investment project ever undertaken in Ireland. The plant has the capacity to produce 100,000 tonnes of milk powder annually.

The targets laid down within the Harvest 2020 report have now been superseded by those contained within the Food Wise 2025 road map for Ireland’s farming and food sectors.

Significantly, the 2025 plan makes no mention of the volume increases to be expected within the dairy sector. Rather, it seeks to increase the profitability and viability of primary producers with a focus at processor level in added-value product.

This premise assumes that the world’s population is set to increase by 50 per cent over the next three decades. In line with this trend, there will should a growing demand for dairy protein. What’s more, the inexorable rise of the middle classes in countries such as China, will ensure that the consumer buying power is available to make all of this happen.

The fact that all of Ireland’s milk processers, north and south, buy into this thinking is now obvious. Dale Farm Chief Executive Nick Whelan makes no secret of the fact that he wants more milk, particularly during the winter months. He is quick to point out that many of the co-op’s customers are currently increasing their throughput by 20 per cent on an annual basis.

The demand for the likes of whey-based products within the sports’ nutrition sector is also growing at a similar pace. Ireland also enjoys a strong reputation as an important manufacturer of milk powders that are suitable for inclusion in infant milk formula offerings.

New export market opportunities are also helping to drive the fortunes of the Ireland’s dairy sector. The recently agreed trade deal between Brussels and Tokyo is expected to provide improved access for Irish dairy exports to Japan. 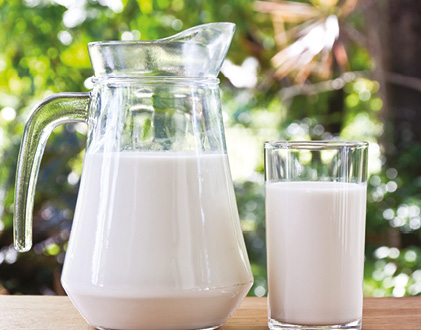 The new deal puts the EU in a more advantageous position, having secured full liberalisation of trade in hard cheeses, an annual duty-free quota of 20,000 tonnes of soft cheese (rising to 31,000 after 15 years) and the phasing out of all duties over a 15-year period. Currently, tariffs on cheese exported to Japan from Europe range from 30 per cent to 40 per cent of the goods’ total value.

Meanwhile, down on the farm, the era of robotic milking has arrived. There are currently 220 units operating in Northern Ireland with a similar number on-farm in the Republic of Ireland.

On almost all of these farms the decision to invest in a robot (around €120k per unit) was taken in order to reduce the drudgery and hard work associated with physically milking cows while, at the same time, giving those running the business more time to think strategically.

Temple Grandin, from the University of Colorado, is one of the world’s leading animal welfare specialists. She recently characterised the key benefit associated with robotic milking as that of giving farmers an opportunity to use the time that is freed-up in ways that will bring about the better management of their businesses as a whole.

She takes it for granted that the robot is more than capable of physically milking cows efficiently time, after time, after time. Her assessment is based on the fact robots don’t get tired; they always carry out the milking process to a meticulously high standard and, for good measure, they represent a super highway of information where the performance of each, individual cow is concerned.

Robots can also be programmed to dump milk from antibiotic-treated cows for the required period of time. In essence, they will act to ensure that all withdrawal periods have been fully adhered to.

There is every prospect that robotic milking systems will help reduce the labour deficit that is now apparent on Irish dairy farms. The start of 2018 saw a number of dairy stakeholder groups calling for non-EU labour to make up the manpower shortages now apparent on their farms. These calls seemed to be more than a little presumptuous, given that a technology-based solution to their problems already exists.