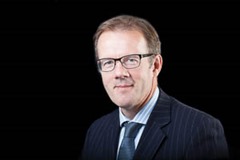 Energy analyst James Henderson has warned that Europe will incur higher gas prices if it turns away from Russian gas.

Gas is turning into a truly global market with Russia playing a strategic role, the Oxford Institute for Energy Studies’ James Henderson has told the Northern Ireland Energy Forum. Henderson is a senior research fellow specialising in oil and gas trends in the former Soviet Union.

Historically, LNG supply mainly focused on the East Asian markets with any excess going to North America and Europe. The European supply was mainly dominated by pipeline sales from Norway, North Africa and Russia. Attention is now turning to the level of North American LNG production, the increase of demand in China and supply to Europe, how Russia will react, and the impact on prices.

Asian gas demand is projected to grow by 4 per cent per annum over the next 20 years compared to 0.6 per cent for Europe. However, Japanese gas demand could decrease if nuclear power generation restarts and India’s regulated prices were not encouraging investment in supply. Chinese gas growth was related to the number of pipelines to be built from Russia.

US shale gas was experiencing major increases in efficiency and decreases in drilling costs, which made the strong growth forecasts robust. The impact is being felt in Asia and Europe – negotiations are increasingly based on the US gas price plus transportation costs. Many other countries (e.g. Australia) were emerging as potential suppliers thus raising the prospect of over-supply and a buyer’s market.

Henderson was “relatively cynical” about the future of shale gas outside the USA as the American governance and legislative environment, favouring small companies, was unique. The institute expects that no more than 10 per cent of UK demand in 2030 will be met by shale gas.

“Russia does sit really right at the heart of the global gas market and is potentially in a very strong position to offer cheap gas both to Europe and to Asia,” he noted. Existing contracts commit Europe to buying Russian gas well into the 2020s. If Europe chose alternative suppliers, their cost would likely be higher.

Speaking to agendaNi, Henderson commented: “Gas markets are becoming less regional and more global and the interaction between the US, Asia and Europe is increasing because of the increasing relevance of LNG as opposed to pipeline gas.”

The most interesting question for the UK and Europe, in terms of the future of prices, was how they decide to address the security of supply from Russian gas. He added: “Russia offers potentially a very cheap and very large source of gas supply and if Europe turns away from it, there will be cost implications of doing that.”