The pandemic’s effect of lowering oil prices globally has created further barriers in ambitions to decarbonise heat in Northern Ireland, where some 68 per cent of homes still rely on oil-fired boilers for heating.

Northern Ireland is estimated to have the highest levels of fuel poverty in the UK, with 22 per cent of the population spending more than 10 per cent of their household income on heating their homes. For this reason, fuel cost is a major factor in forward planning for decarbonisation in Northern Ireland’s heat sector and cheaper, high-carbon fossil fuels represent a significant challenge to consumer acceptance.

Heat accounts for approximately half of Northern Ireland’s total energy consumption and over half of household energy bills are, on average, spent on heating. By 2030, the number of dwellings in Northern Ireland is expected to grow by some 7 per cent, to meet the population increase and existing demand.

The dominance of home heating oil as the primary source of heating in Northern Ireland has long been recognised as an area where high levels of decarbonisation can be realised. However, little progress has been made in this regard – beyond the extension of the natural gas pipeline – and no policy support currently exists to incentivise consumers to install newer forms of low-carbon heating.

In April 2020, home heating oil fell to its lowest price since 2009 because of a falloff in global demand for oil, driven by the pandemic. While a future pathway for decarbonising heat in Northern Ireland has yet to be finalised, it’s recognised that consumer-led change will be required to drive these ambitions. If new or existing technologies and fuel sources continue to be more expensive options for the consumer, then the challenge of achieving a mass transition appears even more difficult.

Transitioning away from the high percentage of home heating oil reliance is the most critical element of any attempts to reduce carbon emissions in heat and to date, although still a fossil fuel, getting consumers to switch to lower carbon-emitting natural gas has been pursued as the most viable form of reducing carbon emissions to date.

Close to 300,000 premises are currently connected to the gas network (24 per cent). Natural gas was only introduced into Northern Ireland’s mix in 1996 and the nature of the new and expanding infrastructure means that natural gas, or at least its infrastructure, will have a role to play out to 2050 and potentially beyond.

However, net zero carbon cannot be achieved through the use of natural gas unless the carbon is removed through carbon capture, usage and storage (CCUS). CCUS would deliver decarbonisation of natural gas and enable the continued use of the natural gas pipeline but uses of the technology at scale are limited.

Also worth noting is that in Northern Ireland, many homes, especially those in rural areas, have no access to the gas grid and delivering low-carbon technology to meet the demands of these dwellings, which is competitive in price with home heating boilers, will be a difficult ask.

The challenges in decarbonising heat are recognisably more complex than that of electricity, where the greatest progress has been made to date in Northern Ireland. Where electricity progress was largely driven by technological developments, new business models and system integration, heat extends to the need for consumer acceptance of changes within their property.

Decarbonising the heat sector will require policy which recognises the value of combining heat reduction through energy efficiency investment and reducing the carbon intensity of heat produced.

An existing barrier to mapping out progress in this area is an, as of yet, agreed methodology to measure heating load and formally measure the carbon intensity of heat production on an ongoing basis. A future Energy Strategy being developed by the Department for the Economy and set to be published next year has set out ambitions to do this.

Electrification of heat is being held up as a viable method for delivering decarbonisation, however, the extent to which this can be effective will depend heavily on the carbon footprint of the electricity used.

Heat pumps are the most mature technology in relation to delivering electrified heating and the UK’s Committee on Climate Change (CCC) recently assessed that retrofitting a quarter of Northern Ireland’s oil-heated homes to heat pumps to 2030 could bring significant savings of carbon emissions. However, increased demand for electricity has also been highlighted for the potential impact on the network’s generation capacity and the infrastructure investments required. 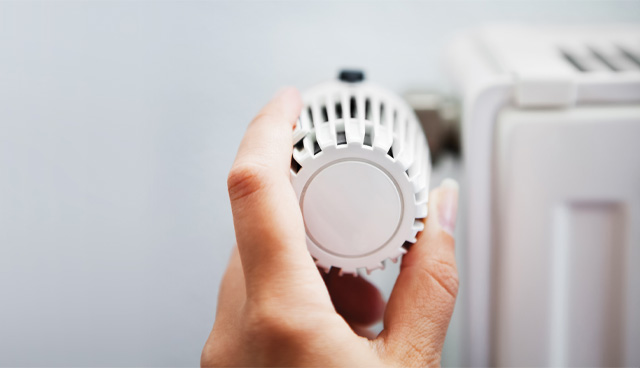 Residential and commercial buildings make up about 15 per cent of Northern Ireland’s greenhouse gas emissions, the majority of which is from heating. Heat pumps are a potential solution to those dwellings not being reached by the gas infrastructure, but also for existing dwellings replacing an oil boiler or for new buildings. Notably, heat pumps require a much higher upfront cost at installation but have cheaper running costs in the longer-term. Also, as the gas network expands west, low-cost gas could hamper the attractiveness of heat pumps.

This is even the case for new builds. Installation of heat pumps in new dwellings will likely require legislation to enforce higher energy standards. However, even if all new builds are required to have heat pumps, penetration would still be low and so the retrofitting of existing stock will be required. Over 50 per cent of the housing stock in Northern Ireland has an EPC rating of D or lower, meaning that wider rollout of heating pumps will be cost intensive.

A further option for policymakers is the use of heat pumps to just those homes outside of the gas market, with biogas replacing natural gas within the network to achieve decarbonisation. Biogas is already being utilised to supplement some natural gas usage in England and Ireland but the regulatory environment in Northern Ireland currently does not facilitate injection.

District heating is also being explored, with recognition that large plants would provide better economies of scale. However, this technology is better suited to urban rather than rural areas. The cost of heat pump technology is expected to reduce, making it more appealing, however, previous efforts to incentivise consumer uptake of heat pumps failed. The Renewable Heat Incentive (RHI), which largely became associated with biomass boilers, was outlined to be the key intervention on heat policy in Northern Ireland when it launched in 2012. Designed to incentivise the use of a number of alternative sustainable heat technologies, little demand was evident for heat pumps.

The scheme damaged ambitions for heat decarbonisation because of the significant costs run up against flaws in the tariffs available to biomass users accredited to the Non-Domestic RHI scheme. Unsurprisingly, the scheme did not deliver the targeted outcomes, but no new support scheme has yet been identified.

Efforts to decarbonise heat through greater efficiencies and the introduction of new technologies will rely heavily on consumer education, trust and acceptance of the long-term benefits versus the up-front costs. Future policy must navigate the existing barriers of fuel poverty levels in Northern Ireland and the reduction of home heating oil costs in developing a long-term strategy for the decarbonisation of heat.