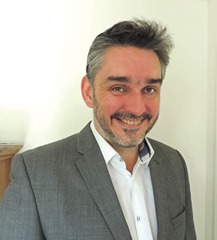 Tourism analyst Peter Bolan highlights Game of Thrones as a new way to showcase the province.

Northern Ireland is being showcased on screen like never before. Our creative industries now stand out as an opportunity for continued growth and increasing global recognition. According to Oxford Economics, film and television production generated an estimated total direct spend in the Northern Ireland economy of £82.7 million between 2010 and 2012, demonstrating significant return on investment (£6 for each £1 invested). There is no question that the film and television industry here is clearly flourishing. However, the tourism potential of this is arguably much greater still.

Research has shown that movies and television shows do strongly influence tourists in their choice of destination. This is also not a recent phenomenon. Examples on the film side of things date back to the 1940s and ‘50s. The 1949 spy thriller ‘The Third Man’ still attracts many tourists to Vienna whilst in Ireland, John Ford’s 1952 film ‘The Quiet Man’ still draws international visitors more than 60 years after the film’s original release.

The ‘Lord of the Rings’ film trilogy is often highlighted however as the modern success in terms of how they put the filming location of New Zealand on the tourist trail. The country saw a direct tourism expenditure increase of NZ$32.8 million within three years purely from the effect of the films – with the impact said to be more than ten times that in the decade that followed.

The tourism authorities here have now recognised that we can also attract visitors on the strength of our film and television offering. Northern Ireland has seen its attractiveness as a film location grow considerably in the past 10 years. One of the major successes has of course been the HBO show ‘Game of Thrones’ (GOT), now one of the most watched and most popular television shows ever on a global basis. The opportunity from this in tourism terms is enormous for the future of our economy. ‘Game of Thrones’ is showcasing Northern Ireland’s spectacular and varied scenery to the world on a weekly basis.

Tourism Ireland announced in April 2014 that HBO had endorsed a new Game of Thrones marketing campaign to promote Northern Ireland as a tourism destination associated with the show. Such official endorsement provides the platform to change people’s perceptions of Northern Ireland and create a new media image of the country branding Northern Ireland as ‘Westeros’ (the fictional medieval setting in the show) or as the recent marketing slogans put it: ‘Game of Thrones Territory’. New Zealand successfully branded themselves as the home of ‘Middle-earth’ in relation to the ‘Lord of the Rings’ and ‘The Hobbit’ films. The ‘Game of Thrones’ branding here undoubtedly has similar potential.

I’ve been researching film tourism around the world since 2005 and one thing that comes through time and again is that to be highly successful requires providing an authentic and meaningful experience for film tourists when they visit the destination. We have seen the creativity and entrepreneurial spirit in Northern Ireland embrace this already in relation to ‘Game of Thrones’.

Businesses such as McComb’s Travel are offering GOT-themed coach tours around the various Northern Ireland locations. Others such as Clearsky Adventure Centre at Castle Ward offer GOT-themed archery experiences with the opportunity to wear costumes and take part in GOT-style medieval lunches and barbeques. Film tourists will come here to see the spectacular scenery that these programmes and movies have showcased to them but they also want a tangible and memorable experience linked to those films and television shows.

Now that we are providing this and our tourism authorities are actively promoting the country as ‘Game of Thrones Territory’, it provides Northern Ireland with its first true opportunity to become a highly recognised film tourism destination on a global basis. With new successful films and television shows adding to this in coming years, the future of Northern Ireland as a film tourism destination looks very bright indeed.

Peter Bolan is a senior lecturer at the University of Ulster’s Department of Hospitality and Tourism Management.