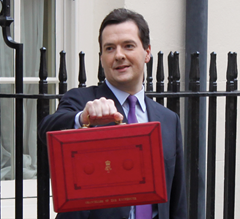 Northern Ireland decides its spending plans for the next four years as the UK Budget throws up few surprises.

“The cards we were dealt by Westminster mean that the Northern Ireland Executive, like Scotland and Wales, has no choice,” stated Sammy Wilson as debate commenced on 9 March.

Changes from the draft Budget include rises for education, health and employment, which inevitably mean deeper cuts elsewhere. The Assembly will be cushioned, with a final figure of £44.1 million in 2014-2015, up from the planned £39.4 million. To deal with terrorism, the PSNI can also access £200 million from the UK Treasury reserve and an extra £45 million from the Executive.

The final Budget will add an extra £114 million in current expenditure and a further £40 million for capital investment. This would bring education spending up to £183.4 million in 2014-2015 (compared

to an anticipated £139.4 million) and increase the DRD’s capital allocation in each of the four years.

Two amendments were put forward, with the UUP first calling for an extra £164 million allocation to health in 2011- 2012. The SDLP proposed a strategy to raise extra funds.

OFMDFM will be granted an £80 million ‘social investment fund’ to tackle poverty, especially on interfaces. The SDLP claims this fund will be carved up to “favoured groups”, a charge strongly rejected by the DUP and Sinn Féin.

The debate solidified the DUP-Sinn Féin bloc, with fierce exchanges between them and their opponents. Ulster Unionists came in for particular pressure, with the inevitable criticism of their Tory link and claims that Michael McGimpsey ignored the McKinsey report on health efficiency. The UUP, in turn, blamed Labour.

“This has been a tough Budget, but I believe that it has been drawn up honestly by looking at the needs of Northern Ireland,” Sammy Wilson said in conclusion. “We have made our best effort at it despite the sniping from the sidelines by those who have been partly responsible for the situation that we are in. I, therefore, commend the Budget to the Assembly.”

At the final reckoning, the Budget was backed by the DUP, Sinn Féin, Alliance and ex-UUP independent Alan McFarland: a solid block of 67 votes. The UUP and SDLP united to back their respective amendments, and were supported by Dawn Purvis.

The prize for best fiscal jargon has to go to the phrase “unhypothecated allocations”, meaning that the Executive is free to spend money from the Barnett formula as it likes. In a way, that is the point.

Parties were already in electioneering mode. “People want to see us, as elected representatives, getting on with it,” Mitchel McLaughlin surmised. Margaret Ritchie claimed there was “no real attempt” to prevent “Tory cuts” and pointed to her party’s 70-page alternative. UUP candidate Mike Nesbitt claimed Northern Ireland was “closed for business”. Alliance claimed that supporting the Budget was a responsible approach. 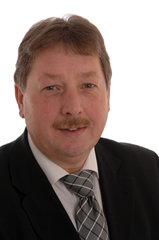 George Osborne’s red box offered few surprises on 23 March. The 1p drop in fuel duty did not go far against rising prices and the Spending Review’s limits stayed in place.

“This Budget offers little hope for those families in the middle and low income bracket as there is nothing to counteract the rising cost of living due to inflation,” said Mitchel McLaughlin, who warned it will “further retard economic growth”.

Nigel Dodds called for a cut in air passenger duty for long-haul flights (currently £60 per passenger in Belfast and €3 in Dublin). “Such a discrepancy cannot be tolerated,” he said. The UUP concurred. Naomi Long welcomed proposals to simplify the tax system and set up a ‘green investment bank’.

The UK Government is seeking a 5p rebate for small islands; EU permission is needed. agendaNi pressed Exchequer Secretary David Gauke on extending that fuel rebate to Northern Ireland when he

visited the province the next day. However, he that said the relevant Directive only allows exceptions for rural and remote areas.

“That’s not something that applies in the same way to Northern Ireland,” he commented. “I mean, we appreciate there are arguments about fuel duty but it’s a different set of arguments and circumstances [than those] that apply to some of the Scottish islands and the Scilly Isles.”