Supporting renewable energy generation will come at a cost but is a price worth paying, according to the Director of the Energy Policy Research Group (EPRG) at the University of Cambridge, David Newbery.

The Cambridge academic stresses the need for Ireland to align its carbon taxes with GB in order to drive efficiencies within the Single Electricity Market (SEM), adding: “Getting the carbon price right is critical when it comes to supporting renewables. If not, then it’s a case of making up the shortfall.

“The reality is that an SEM carbon tax would likely not raise wholesale electricity prices much. Ireland should join with GB in establishing effective carbon price support. Such an approach would help correct trade distortions with GB electricity, while also raising revenues for the Irish Government.

“The second best option would be for Ireland to introduce a subsidy based on a valuation per MWh of the carbon dioxide displaced. However, corrective taxes are always better than subsidies.”

He explains that GB has taken the step of introducing a carbon tax equivalent to £18 per tonne of carbon dioxide on fossil fuels used to produce electricity. This is on top of the emissions prices paid, courtesy of the EU’s Emissions Trading Scheme (ETS).

He goes on to points out that an SEM carbon tax would also provide for a reduction in subsidies to renewables, which are paid for by consumers, adding: “A carbon tax on generation must be part of Ireland’s vision for 2030.”

Newbery, a deputy independent member of the SEM Committee, believes that Ireland is well positioned to develop significant renewable resources, particularly where wind is concerned.

“Ireland is currently in the top four in Europe in terms of its renewables’ share. The country must make optimal use of this potential. It is in this context that the DS3 programme will play such an important role.

“In the first instance, it will address the challenge associated with the variability of wind. Interconnectors will also play a major role in factoring the power of renewable energy sources within Europe’s electricity grids.

“We need a faster, more flexible response, when it comes to making best use of renewable energy sources. At the present time, fossil fuel sources are delivering the inertia required by the Irish market.”

Newbery believes that the new Irish interconnector will deliver for the island as a whole and serve to help buffer both high and low wind penetration.

“Auctions are helping to dramatically cut prices. Where offshore wind is concerned, we could be looking at a factor of almost a half. Auctions are also better than bureaucrats when it comes to reducing costs.”

According to Newbery, market coupling ensures the efficient use of interconnectors so that the higher-price market always imports electricity from the lower-price market. Introducing a carbon tax in one of the connected markets distorts trade if the increased cost of electricity on one side of the interconnector changes flows, resulting in deadweight losses. In all cases, carbon taxes transfer revenue abroad at a cost to the domestic economy.

Addressing the concept of “learning spill overs”, where the adoption of renewable energy technologies are concerned, he confirms that renewable electricity, particularly solar PV and wind, creates external benefits of learning-by-doing that substantially drive down costs and reduce CO2 emissions.

“Most renewable technologies are not yet competitive on cost with mature carbon-intensive technologies, but by stimulating their production and deployment, future costs will be lower thanks to learning-by-doing and, if they become competitive in future, we will see a global impact regarding their uptake.

“Learning-by-doing creates unrewarded spill overs that reduce later costs. This principle justifies quite a large subsidy for solar PV and rather less for wind. But it’s important to subsidise installation, not output.”

According to the Cambridge academic, the internationally installed capacity of solar PV had generated some $100-170 billion in the present discounted value of future cost reductions, and by 2018, solar PV was competitive without subsidy in many sunny countries like Chile. 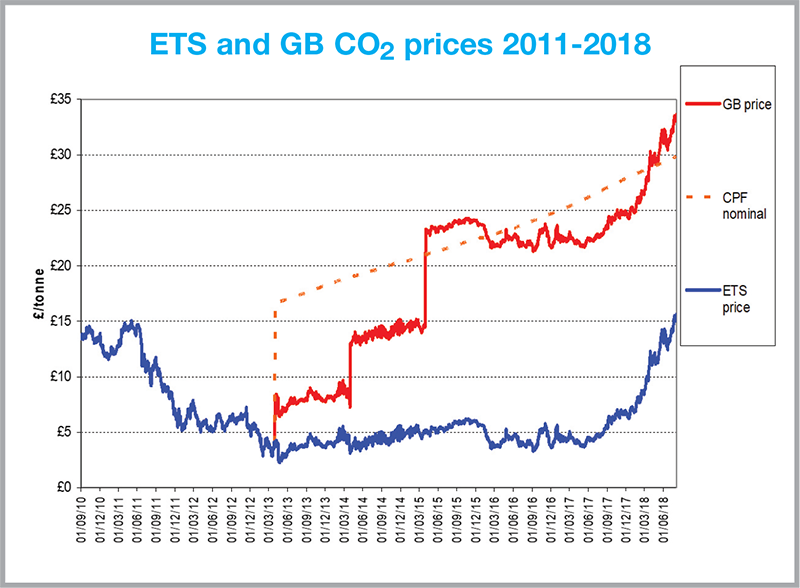 A carbon tax on generation must be part of Ireland’s vision for 2030.

Together, the top six countries using solar PV contributed 80 per cent of this investment in future cost reduction benefits. Newbery also confirms that doubling output of solar panels brings about a 20 per cent net reduction in unit costs.

Referring to the “learning rate” that is associated with the adoption of wind technologies, he highlights that International Renewable Energy Agency (IRENA) figures confirm this trend to be in the region of 12 per cent. He points out that the halving of the cost of supporting off-shore wind in the recent UK auctions is a dramatic example of the benefits of assuring a future market on which to develop production capabilities and the supply chain.

Mission Innovation, a project which has seen 22 countries pledge to double clean energy research and development, launched at the COP21 summit in Paris, has a clear ambition to drive the principle of learning-by-doing around the world.

“Learning spill overs need renumeration. This comes, almost entirely, from making and installing the renewable generation equipment,” says Newbery. “Subsidy should be targeted on the source of learning, acting as an investment aid. This approach reduces the cost of capital, risk and debt finance.

“In addition, it does not amplify the benefits of high wind or sun. In other words, it does not over reward favoured locations, where a specific renewable is concerned.”

Concluding, Newbery says that an overarching policy goal, in terms of underpinning renewables, is to devise ways of collectively financing research and development, so that the individual costs are smaller than the individual benefits of avoiding climate damage for each country involved.