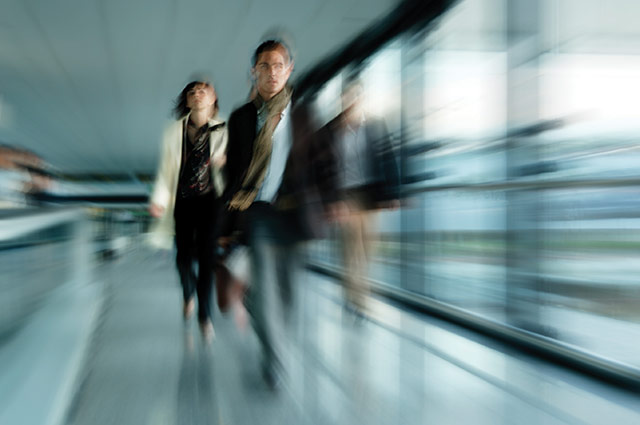 Employment and economic activity in Northern Ireland is rising at a steady pace alongside the overall recovery. agendaNi summarised the impact across our broad industries and local authority areas.

Growth in the service sector has been credited for the upturn in employment and locally areas such as Mid Ulster (29.7 per cent), Newry, Mourne and Down (21.9 per cent) and Armagh City, Banbridge and Craigavon (18.3 per cent) have seen the biggest decrease in the number of people claiming unemployment benefits. Last year the amount of people employed in the private sector fell by 2.2 per cent (4,710 jobs) but the private sector increased 3.2 per cent (16,330 jobs). The shift is linked to a 74 per cent increase in the number of confirmed redundancies last year than the previous years. Of the 3,202 redundancies, 1,205 are estimated to be in manufacturing, 284 in wholesale and retail trade and a further 309 occurred in the financial and insurance activities sector.

The latest figures reflect an update of the most recent Business Register and Employment Survey, a two yearly survey of employers in Northern Ireland, which was released in February and contains a more geographical breakdown of enterprise across Northern Ireland.

The survey shows an increase in jobs for all four broad industries and an increase in jobs within each district council area and the highest number of jobs lay in Belfast (214,750) and Armagh, Banbridge & Craigavon (69,805). The lowest number of jobs lay in the district council areas of North Down and Ards (37,611), Causeway Coast and Glens (39,540) and Fermanagh and Omagh (39,827). Belfast represents 30 per cent of jobs.

Northern Ireland companies increased their sales by almost £1.3 billion (+1.9 per cent) in 2014. Sales within Northern Ireland increased by £829 million and sales to Great Britain by £643 (+5.3 per cent) also increased, while external sales (sales outside Northern Ireland) accounted for over a third of total sales, up £458 million (+2.1 per cent). However, exports (all sales outside the UK) fell by £185 million (1.9 per cent) driven by a £117 million (3.1 per cent) decrease in sales to the Republic of Ireland. Exports to the rest of the EU (excluding Republic of Ireland) also fell by £4 million (0.2 per cent), while exports to the Rest of the World decreased by £65 million (1.6 per cent).

The number of Northern Ireland businesses selling outside Northern Ireland fell by 3.8 per cent and the number of business exporting fell by 8.8 per cent. The largest proportion of exports was from the manufacturing sector at £6 billion, making up 61.7 per cent of all exports but represents a 1.5 per cent fall since the previous year. Exports also fell by 3.1 per cent in the second largest exporting sector wholesale and retail trade, which accounts for £2 billion (20.3 per cent) of overall exports. Information and communication accounted for £385 million (3.9 per cent) of export sales. The construction sector showed the biggest growth in exports with an increase over the year of £71 million to £324 million (3.3 per cent) overall. 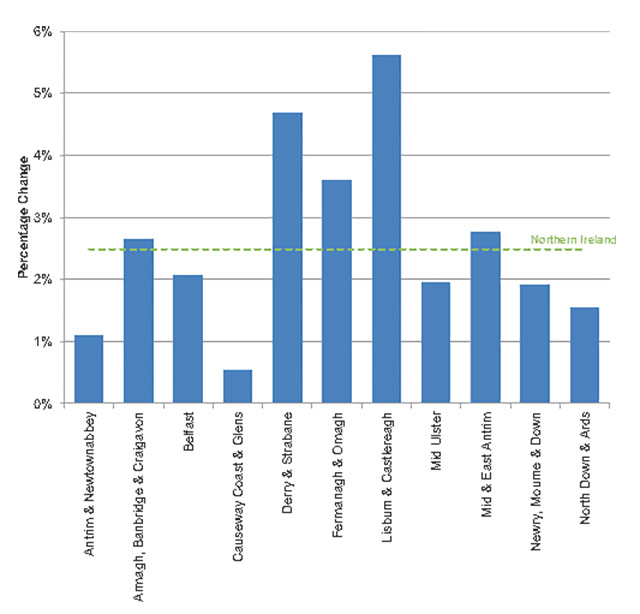 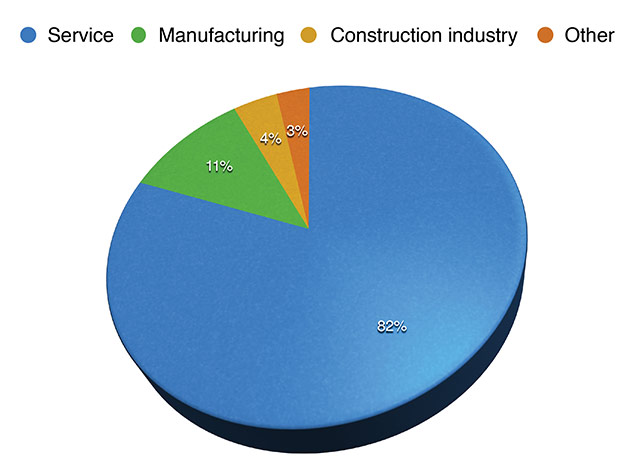