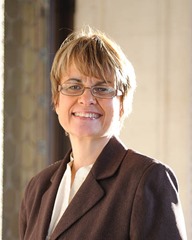 Margaret Ritchie calls for action to protect dairy farmers before the industry reaches a deep crisis.

The dairy industry is facing a crisis due to falling prices and action at government and EU level is urgently needed to tackle it. Dairy prices are reaching record lows and farmers are paying more to produce milk than they can expect to earn. The situation for the Northern Ireland dairy industry is particularly difficult as it is so focused on exports and with the trade ban on Russia creating a global imbalance between market demand and supply, the impact is being deeply felt in Northern Ireland.

According to the Dairy Council for Northern Ireland, the cost of production is estimated to be 25 pence per litre (ppl), while the price per litre is currently 26ppl, down from 33ppl in January 2014, making it the lowest price when compared to elsewhere in the UK. In the last two months of 2014, Northern Ireland experienced a 3.4 per cent drop in dairy prices. This trend simply cannot continue.

Last month, the Environment, Food and Rural Affairs Committee published a dairy prices report into the current dairy crisis recommending measures to be taken to tackle this crisis emerging in the dairy industry. A key recommendation in the report, which I backed, is to review and increase the EU intervention level that was set over a decade ago and no longer reflects the reality of production costs in 2015. The EU intervention level is designed to protect farmers if prices fall below a certain level, but the current rate is set at 17ppl and is far too low to offer any meaningful protection to farmers. In addition, the lifting of the milk quota system on 1 April this year will further increase market volatility. While this will bring extra freedoms, based on the current challenges within the industry, it will also bring extra volatility.

What needs to happen – and happen fast – is for EU Agriculture Commissioner Phil Hogan to review and increase the intervention level before the milk quota system ends. The level needs to be reconsidered and increased, and Ulster Farmers’ Union and the Dairy Council are among those calling for this now unrealistic rate to be revisited. If the intervention level is not increased, and prices continue to fall, many would simply have been forced to exit the industry by the time prices had fallen that low.

We cannot wait for the dairy industry to reach deeper crisis before we act. The EU must act now to prevent the crisis unfolding further.

The dairy industry is vital to Northern Ireland, the livelihood of our farmers, and the economy. Intervention is not an option but a necessity. We need action at both government and EU level to properly protect farmers in the face of a crisis that is set to bring further challenges.

Margaret Ritchie MP is a member of the House of Commons’ Environment, Food and Rural Affairs Committee.