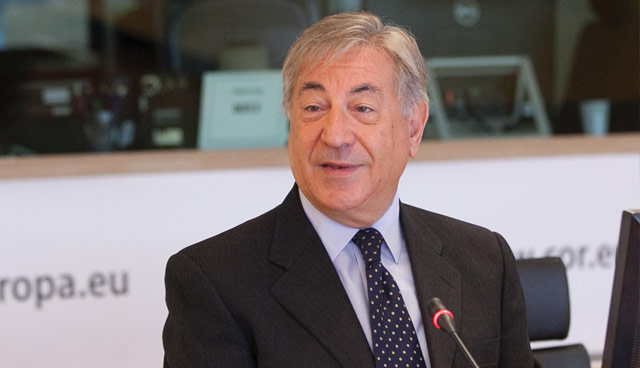 Outlining that the proposed Directive for single-use plastics is a critical element of the EU’s wider strategy for a circular economy, Karmenu Vella believes that implementing changes to the plastics industry has the potential to bring about both economic and social benefits.

“What we want is a plastics industry that is smart, innovative and sustainable. An industry where reuse and recycling are integrated into production chains bringing growth, jobs and environmental benefits as well,” he states.

Outlining how the EU are planning to meet an ambitious target of making all plastic packaging reusable or recyclable by 2030, the EU Commissioner says: “We will get there by stimulating design for circularity, boosting recycled content and encouraging separate waste collection.”

“Plastics should be safer too,” he adds, “with greater knowledge about their contents.”

The EU estimates that close to 500,000 tonnes of plastic enters its seas annually, most of which is made up of single-use plastics, and so has installed an over-arching aim of curbing plastic waste and littering.

“Most of this marine litter is fuelled by single-use plastics, packaging or products that are almost immediately thrown away,” explains Vella. “Items that are rarely recycled and often end up in the sea.”

Outlining that the new Directive is targeted at the most common of these plastics and also at fishing gear, he adds: “Taken together, fishing gear and plastics make up 70 per cent of the marine litter that we find in Europe.”

Under the Directive, different measures are targeted at different products. For example, there are market restrictions on items such as cotton buds, cutlery and straws, which should be made from more sustainable materials. There are also measures around labelling, awareness raising and voluntary actions.

Vella explains that as well as this, the EU are extending producer responsibility: “We are asking our producers to contribute more to clean up costs,” he states.

“We all agree on the need for change, so it’s time for a different approach. This is not a war on plastics, but it is a battle against their unsustainable use.”

Outlining the potential economic and environmental impacts of the Directive, he says: “Plastics are a fertile ground for innovation, which means a world of opportunities for member states and businesses across the EU.

“What we want is a plastics industry that is smart, innovative and sustainable. An industry where reuse and recycling are integrated into production chains bringing growth, jobs and environmental benefits as well.”

“Implementing the proposal will halve the amount of single use plastics entering our oceans. It will also save millions of tonnes of CO2 emissions and avoid billions of euros of environmental damage.

“For manufacturers there will be some costs, but the savings for consumers will be far greater. It could mean up to ⇔6.5 billion and an extra 30,000 jobs in Europe.

“The new rules offer clarity to producers and the economies of scale that investors need. With this plastics strategy we change for the better and we give our manufacturers a tremendous opportunity. It’s a chance to lead the world with the smartest most innovative industry anywhere on the planet. I think that’s worth fighting for,” he concludes.

In October 2018, the European Parliament passed the proposed Directive by 571 votes to 53. Member states will now be required to back the Directive before it becomes law.

The new rules will introduce a plastic ban in certain products where alternatives are “readily available and affordable”, such as straws, drink stirrers and sticks for balloons. Also, single-use drink containers made with plastic will now only be permitted if their caps or lids remained attached. As well as this, member states will be obliged to reduce their use of plastic containers and drinks cups through measures such as national reduction targets, promoting alternative products to market or introducing a single-use plastic tariff for consumers, while also meeting an over-arching target to collect 90 per cent of single-use plastic bottles by 2025.

Producers are also being asked to do more, covering the costs of waste management, clean-up and contributing to awareness raising measurers. Sanitary towels, wet wipes and balloons on the market will be required to meet new labelling requirements, detailing disposal instructions, the negative environmental impact and the presence of plastics within the products.

As well as single-use plastics the Directive also covers fishing gear, which is estimated to account for 27 per cent of all beach litter. Producers of plastic fishing gear will be required to cover the costs of waste collection from port reception facilities and its transport and treatment and the costs of awareness raising measures.

From climate breakdown to a just energy transition in Northern Ireland

Circular economy: Compost critical to the future of soil health

Time for a SEA change?

December 2018
Back to top button
Close
By continuing to browse this site you are agreeing to our use of cookies.
Close