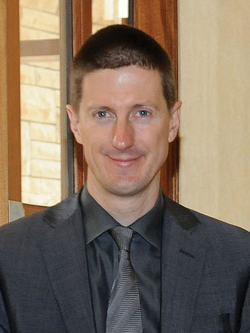 Office for Budget Responsibility Chairman Robert Chote explains its forecasting approach to Peter Cheney and how corporation tax devolution would expand its remit.

Whatever you think of its estimates, the Office for Budget Responsibility has established its independence as a professional forecaster, according to Robert Chote. agendaNi spoke to him at the Northern Ireland Economic Conference on the first anniversary of his appointment.

“The key thing we needed to do on arrival,” he stated, “was to establish the reputation of the OBR as a source of rigorous, well-explained coherent analysis that people may well disagree with but at least they know it’s not politically-motivated wishful thinking.”

That independence, he comments, has been respected by the Treasury. The office also discloses all meetings with ministers and special advisors online, as well as its forecast timetable.

While many people are “very focused” on the short-term outlook, the medium-term outlook “matters more than anything” to the OBR. Its key task, when looking at the short-term trend, is to work out whether it is “temporarily bad news that we’ll bounce back from” or if it says something about medium-term prospects: “And that’s one of the tricky judgements we have to make.”

Asked to assess the euro zone’s performance, he quipped: “The days when I was a professional commentator on the merits of broadly based currency areas are long behind me.” Again, the key question for the OBR is the impact on the UK’s medium-term outlook, bearing in mind that the euro zone has an impact through export markets, interest rates for government borrowing, and general economic confidence.

More locally, corporation tax is the central policy objective of Northern Ireland’s business organisations and the Secretary of State, although the political will at Stormont is increasingly in doubt.

Chote was pressed for his view on whether corporation tax would be devolved, but replied that it was “not a decision for us to make” and “not for us to say whether this is a good idea or not.”

If the decision went ahead, the OBR’s task would be “relatively limited” i.e. producing forecasts and assessments. “Interestingly,” he added, “we’re having a similar role and similar challenges in Scotland because of the fact that from the Budget of next year, we’ll have to start forecasting Scottish income tax receipts and other areas.”

Scotland is to receive its new income tax powers by 2015 with the first changes taking effect a year later.

“One issue with corporation tax is that, of course, it is one of the more volatile streams of tax revenue,” Chote noted. “It goes up and down more than taxes on income or taxes on spending. It doesn’t make the task of forecasting receipts from it any easier.”

In the absence of lower corporation tax, Northern Ireland will continue to rely heavily on its subvention from Westminster. It was put to him that this dependence increasingly reflects badly on Northern Ireland, as a UK region, but he replied: “I wouldn’t say so.”

Chote continued: “It’s not our job to look in regional areas but I mean, clearly, if you think that we’re engaged in a fiscal consolidation at the moment and significant cuts in public expenditure, then those parts of the economy that are more dependent on the public sector are going to see more of a direct effect from there.”

A region in that situation will “need to be thinking about policies that will allow the public sector to rebalance” but he concluded: “It’s not unique to Northern Ireland and it’s a challenge for everybody.”