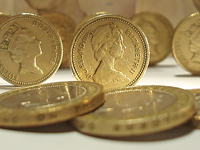 An independent review is considering whether a school’s performance should influence its budget.

Teachers, parents and others with an interest in education have been asked to forward their views on how the system is funded as part of an independent review, including whether schools’ funding should be linked to their performance.

Sir Robert Salisbury, the leader of the department’s previous literacy and numeracy task force, was appointed to lead the review panel on 12 June. He is assisted by Dr Eemer Eivers, a research fellow at Educational Research Centre in Drumcondra, Dublin, and Evan Bates, a former Director of Corporate Services at the Royal Hospital, Belfast. Its call for evidence closes on 12 October.

Salisbury has already been outspoken about Northern Ireland’s performance, describing the belief that it had the best schools in Europe as an “enduring myth”. Speaking last September, he commented: “There is a marked difference between highest and lowest performing pupils and a significant long tail of under-achievement.”

In the first instance, the review group is seeking views on the overall funding model for schools. ‘Local management of schools’ was introduced under the Education Reform (Northern Ireland) Order 1989 and allowed for the delegation of funding to boards of governors. The current ‘common funding scheme’ was set up under the Education and Libraries (Northern Ireland) Order 2003.

The group asks respondents for their opinions on the scheme’s effectiveness, whether any other funding streams should be incorporated in the formula and whether any elements of school budgets should be ring-fenced.

Secondly, views are sought on the content of the formula. Around 80 per cent of school budgets are based on the number of pupils enrolled in the previous year i.e. the age-weighted pupils unit. Other factors include the number of pupils entitled to free school meals, or coming from Traveller, military or ‘newcomer’ families; the latter category covers pupils whose first language is neither English nor Irish. The extra costs of teaching music, sport and languages are also taken into account. Respondents are asked whether these indicators are appropriate.

Historically, formula funding has been linked to inputs not outputs but the review will consider whether a school’s performance (e.g. in qualifications) should be taken into account. It is difficult to explicitly link performance to the efforts of a school, when parents and the general neighbourhood are major influences on a child’s life. The definition of success can also vary e.g. a further education qualification can get a young person into a job faster than a university degree.

The common funding scheme is drawn up annually, with each version taking effect from 1 April. Controlled and maintained schools are funded through the education and library boards. The Department of Education funds voluntary grammar and grant-maintained integrated schools. The Education and Skills Authority is due to become the single funding authority for all grant-aided schools.

Education Minister John O’Dowd announced his intention to review the scheme in September 2011. At the time, he said that he was “not satisfied that the scheme adequately supports and is consistent with our policy objectives” or sufficiently takes social need into account. As area planning takes shape, O’Dowd wants to ensure that the scheme was “fit for purpose in our drive for a sustainable estate.”

O’Dowd has said: “Within the finite resources available for education services, I am committed to ensuring that as much funding as is possible is delegated directly to schools. However, it is important to recognise that it is not always practical or economically beneficial to delegate all monies to schools. Furthermore, schools should recognise that greater delegation will mean greater accountability.”

The group is due to report to the Minister by 31 December, to allow time for decisions to be made for the 2013-2014 academic year.

Responses can be posted to the CFS Review Team at Forestview, Purdy’s Lane, Belfast BT8 7AR or emailed to cfsreview@deni.gov.uk