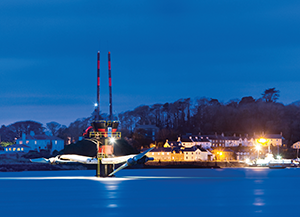 agendaNi takes a look at the challenges facing the renewable energy sector in Northern Ireland.

At present, the industry together with system operators have achieved the 2015 target of 20 per cent of our energy supply being generated by renewable sources. Over a fifth of our electricity is now coming from renewables, yet concerns around new developments continue. It should be noted that thanks to the NIRO existing projects will continue to enjoy 20 years of support. This support will ensure that a significant amount of Northern Ireland’s energy is continuing to be produced by renewables.

However, from 1st April, 2016 the NIRO will close to new generation and additional capacity of non-wind renewable technologies with a separate decision due to be taken in respect of CFD transition in due course. 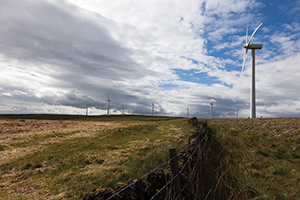 Despite this uncertainty, Jenny Pyper, the Chief Executive of Northern Ireland’s Utility Regulator feels that there is still a future for renewable energy sources in Northern Ireland.

“In 2015 we did facilitate some significant sustainable energy investment and of course contributed to the renewable energy targets,” said Pyper. “With regards to renewable energy, I do still think it has a role to play in Northern Ireland.”

Similarly, John Mills, the Head of the Energy Division at the Department of Enterprise Trade and Investment acknowledged that for many in the industry, the future of support for renewables in Northern Ireland was a pressing concern.

“It is clear that continuing support for renewable energy is a key industry concern at present,” said Mills. “It has been a busy period and developers would say they don’t have clarity on CFD implementation for the future or the NIRO closure.”

With regards to NIRO, some progress has been made with regards to closure arrangements for non-wind renewable support. The minister hopes to bring forward proposal for onshore wind shortly and the same approach will be used in assessing the case for CFD’s in light of the emerging UK position in support for onshore wind.

Smith revealed that in terms of wholesale costs, increasing levels of renewable energy in Northern Ireland can have two counteracting effects on the overall wholesale costs. The first of these effects serves to reduce the wholesale price through lower system marginal prices as renewables have little marginal fuel costs.

However, the second effect serves to increase the price as potential generators must be compensated for the increased cost of operating at lower efficiencies and the added cost of their curtailment. Ultimately, Smith’s findings show that in reality, renewable energy does not have any particular impact on wholesale costs.

With regard to network costs, Smith’s research suggests that as you move towards having 40 per cent of total energy supply coming from renewable sources, the cost of reinforcing the network to accommodate renewables, unsurprisingly increases. However, the total amount of network costs are forecast to increase until the year 2020 anyway with just under half of that increase due to increasing renewable penetration. The additional rise will be brought about by other energy expenditure. Unlike wholesale network costs these costs are UK wide and so will be the same whatever the level of renewable deployment in Northern Ireland.

Final electricity costs will be very dependent on international fuel prices. Regardless of the amount of renewable energy in our system, the overall cost of electricity doesn’t change because a lot of the renewable energy cost is fixed whatever the level of deployment is in Northern Ireland.

The additional network reinforcement costs are actually a small proportion of the total bill. This costs equates to just two per cent of the cost of providing electricity in Northern Ireland. With the NIRO closed to new entrants and the total support of renewables in Northern Ireland lower than elsewhere, additional catch up costs will occur under all renewable employment scenarios and renewable energy is forecast to increase to 37 per cent by 2021. Northern Ireland will serve the cost of that regardless of the level of rollout in here.

Carbon emissions are reduced as the level of energy produced via renewable sources increases. It is estimated that £614 million will be invested in Northern Ireland’s economy through increased employment to ensure the 40 per cent renewable energy target is met.

As we move towards the 40 per cent target it is clear the costs of renewable energy increases but so to do the benefits, with the highest net benefit found at the 25 per cent level. Renewables are good for Northern Ireland and electricity customers must foot the bill for those parts directly related to renewables. These include NIRO costs, electricity market reform costs and network reinforcement costs. It is estimated that renewable support costs for Northern Ireland will increase from two per cent of the bill in 2014 to 11 per cent in 2020 assuming CFD implementation here.

Ultimately, it is clear that Northern Ireland has benefitted from the NIRO scheme and a further 20 years of support for current projects is a good thing. However, the closing of this scheme and lack of clarity about Northern Ireland’s position with regards to CFDs means the net benefit of further increases in renewable energy is not guaranteed yet we still may have to foot the bill. Ensuring this doesn’t happen will be the key challenge going forward.