Tourism in Northern Ireland was on trend for a record breaking 2020, having breached the £1 billion mark for the first time in 2019, but the Covid-19 pandemic put paid to those hopes. agendaNi analyses how the industry is preparing to bounce back.

John McGrillen, Chief Executive of Tourism NI, said that the figures, viewed in October 2020, were “bittersweet” and that they “show how well the tourism industry was performing before the current crisis”. Just how much Northern Ireland tourism loses due to the Covid-19 pandemic, of course, remains to be seen, but a recent study published by the Northern Ireland Tourism Alliance estimates the damage done in 2020 to be about £600 million in visitor spend.

The tourism sector accounts for over 65,000 jobs in Northern Ireland, about 10 per cent of jobs in the economy, and 80 per cent of those remained on furlough by the end of August 2020. Over 40,000 jobs are classified as being at-risk, with this severely impacting coastal communities where tourism is heavily relied upon for the local economy. Adding to the worries of the sector, 79 per cent of businesses within were found to be ineligible for Executive Grant Schemes and business rates relief by the study published in October 2020.

In the same month, the Executive announced two new schemes, one administered by Tourism NI and the other by Invest NI, aimed at helping businesses mitigate the damage wrought by the pandemic. The Invest NI scheme was designed specifically to contribute to the cost of having an adviser carry out an analysis and strategic review of businesses, with applicants required to be “micro or small to medium enterprise” whose annual turnover is at least £500,000 and who saw their turnover fall by at least 40 per cent between April and June 2020.

The Tourism NI-operated scheme was aimed specifically at existing tourism businesses operating in Northern Ireland. Under both schemes, businesses were able to apply for £8,000 grants before the 30 November deadline for applications.

In April, at the height of the pandemic’s first wave, Economy Minister Diane Dodds announced the establishment of a Tourism Recovery Steering Group to “lead the planning and preparations for the recovery of tourism”. While the membership of the group was not specified, it was announced it was that it would be led by the Minister, with “representation from key public and private industry stakeholders”, with the group’s work supported by a working group chaired by McGrillen. 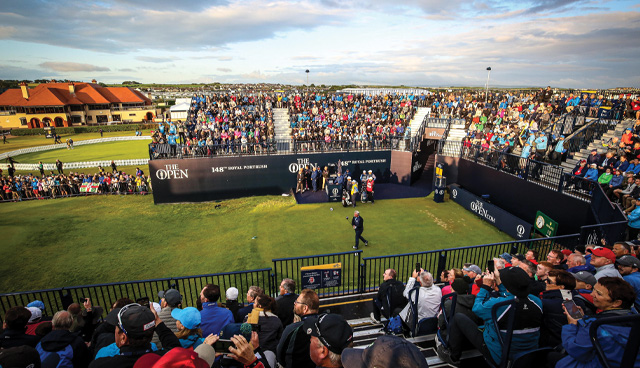 “The tourism sector accounts for over 65,000 jobs in Northern Ireland, about 10 per cent of jobs in the economy, and 80 per cent of those remained on furlough by the end of August 2020. Over 40,000 jobs are classified as being at-risk, with this severely impacting coastal communities where tourism is heavily relied upon for the local economy.”

Support for tourism have also been forthcoming from other corners of government, with Infrastructure Minister Nichola Mallon announcing a £5.7 million support package for Belfast City Airport, City of Derry Airport and the airlines that were operating passenger services in May. Joint-funded by the Executive and the Department for Transport, the package was provided as a means of ensuring that the air bridge between Britain and Northern Ireland remained open. In November, Belfast International Airport announced that it would be closing for several hours per day when no commercial flights were scheduled to take place. The airport had remained open 24/7 during the period of the first lockdown but estimated that this had cost it “roughly” £65,000 per day.

In its strategy for recovery, published in July 2020, Causeway Coast and Glens Brough Council refers to tourism as a “mainstay” to the local economy, “providing many thousands of jobs and millions of income” to the area. The strategy mentions the possibility of the area’s £72 million Growth Deal providing the “opportunity to develop new projects which could augment the many points of interest along the Causeway Coastal Route”.

One possibility mooted is the development of cycling tourism, which could suit Northern Ireland’s rural and mountainous terrain and be replicated outside of the borough; cycling tourism has been estimated to be worth an excess of £500 million per annum to Scotland’s economy.

In Causeway Coast and Glens’ Tourism Development Document 2015-2020m tourism was said to account for 12 per cent of local employment (4,751 jobs in total) and to be worth £110 million in overnight spend per annum. Given the growth in tourism that has occurred since 2015, especially within the borough that hosted international events such as the Open Championship and contains within it pop culture tourism sites such as Game of Thrones locations, it is fair to assume that these figures had only risen since then.

For now, as the boroughs and Executive seek to facilitate recovery, attention will turn to industry demands such as the removal of air passenger duty for Northern Ireland, the extension of VAT cuts and the development of a retention and development programme for staff in order to get Northern Ireland tourism back to its previously booming position.