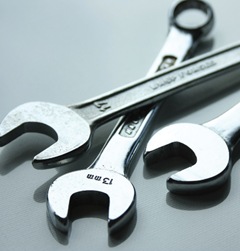 agendaNi tracks the Programme for Government’s main commitments on skills and checks what has been achieved or not to date.

A highly skilled and flexible workforce is one of the ingredients for the “successful economy” desired by the Programme for Government, although there was also “much to do” to build that skills base. The document also recognised that a “tolerant, inclusive and stable society” would attract skills (i.e. those of migrant workers) and investment, thus implying that both would be deterred if this were not the case.

Published in January 2008, the programme lasts up to the next Assembly election and therefore has a year left to run.

Most skills commitments are contained in Public Service Agreement 2, entitled ‘Skills for Prosperity’, and Public Sector Agreement 3, on ‘Increasing Employment’.

The headline commitment was to raise the number of adult learners achieving a qualification in literacy, numeracy and ICT skills by 90,000 by 2015. This is judged against the Essential Skills strategy, launched in October 2002, and around 35,000 qualifications had been gained between then and January 2008.

A total of 73,702 qualifications had been gained by May 2010. Around 15,000 new awards are made each year so that total is likely to reach the intended target.

The UK Commission for Employment Skills estimates that, by 2020, Northern Ireland will have reached a 78 per cent at level 2 and 58 per cent level in level 3; both figures suggest it will miss the 2015 targets but eventually reaching that end result.

Some statistical information was not available through online sources. The Department for Employment and Learning was asked to comment but officials declined to respond. These queries mostly covered further education enrolment, apprenticeship and employment figures. agendaNi understands that the department plans to release the information in future.

Under the ‘Increasing Employment’ header, the Executive was committed to raise the proportion of FE enrolments from more deprived areas to 24 per cent in 2010-2011. These areas are defined using the Northern Ireland multiple deprivation measures.

An increase in level 2 qualifications among working age adults was pledged for neighbourhood renewal areas; the deadline was 2015. Seventy thousand benefit claimants of working age would also move into employment by March 2011, although this was subject to economic conditions.

OFMDFM compiles delivery reports on the Programme for Government, the first of which covered the 2008-2009 financial year; it was published in June 2009. Each commitment is given a red, amber or green rating, according to how much progress is being made.

It found good overall progress but some slippage in meeting the essential skills and level 3 working age population targets. Amber ratings were placed on reviewing Success through Skills and the level 2 working age commitment while increasing priority skills enrolments in FE was marked red.

A second report, on progress up to September 2009, found deteriorating performance though with the programme’s strong economic focus, this was expected due to the recession. This document was published in March 2010.

Progress had been made on essential skills and level 3 qualifications, with both having green ratings but the skills strategy review was still in amber and the red mark remained on priority skills enrolments.