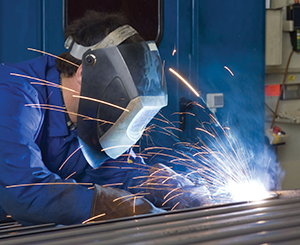 Regional indicators emphasise the need for a radical improvement in the Northern Ireland workforce’s economic output.

Northern Ireland’s productivity is slightly improving but still needs to make a major breakthrough in order to compete effectively with other UK regions. The Office for National Statistics’ most recent regional productivity statistics, covering 2012, restate that Northern Ireland is the lowest region in the UK’s index of GVA per hour worked: 17.2 per cent below average.

Low rankings are associated with high rates of economic inactivity, large public sector workforces, and post-industrial economies. High productivity is produced by vibrant economies, especially around finance and energy hubs in a European context. London and South East England are the only two regions that are more productive than the UK average whereas Aberdeen is the most productive area of Scotland.
The province had closed its gap to 15.7 per cent below average in 2007 but this subsequently decreased to 18.9 per cent below average in 2011. Wales followed a similar trend but has subsequently overtaken Northern Ireland.

Productivity is partly related to skills as employees with higher levels of education and training should be able to innovate and make processes in the workplace more efficient. More recent figures, for 2013, show that Northern Ireland has the highest percentage of 16 to 64 year olds without any qualifications (17.2 per cent). The lowest rates are in the South East (6.5 per cent) and the South West (6.6 per cent).

Northern Ireland had a longstanding target of closing the productivity gap between the region and the rest of the UK (excluding the outliers of London and the South East). Progress was relatively limited and this partly explains why it was dropped when the current Economic Strategy was published in 2012.

However, it is clear that the challenge of low productivity will remain one of the most significant facing the region will offer major economic and social gains. A boost in productivity will result in employees creating more income for their companies, receiving higher wages salaries and contributing to a more prosperous and innovative economy which offers an improving quality of life for its population.