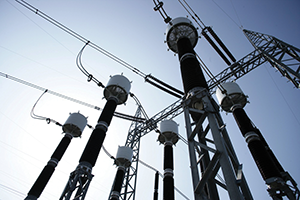 Laura Brien Director of Electricity Markets at the Commission for Energy Regulation talks about the challenge of preparing for the transition to the Integrated Single Energy Market (I-SEM).

The energy markets on the island of Ireland are gearing up for a significant change. This change, will have a profound effect on all market participants and regulators as the single market electricity is to be integrated with the European electricity markets by the end of 2017.

The decision to adopt this approach was taken by the Single Electricity Market (SEM) committee who decided that in order to meet the European Target Model, a redesign of the wholesale energy market was necessary. Both the Commission for Energy Regulation (CER) and the Utility Regulator (UReg) are working together to deliver this change.

The two regulatory authorities are focused on delivering a compliant electricity market that meets the specific circumstances of the island of Ireland. Currently there is a functioning wholesale electricity market and parts of it will be incorporated into the new market with the ultimate goal of achieving compliance with the European Target Model.

Both the CER and UReg feel that the new I-SEM will assist more cross-border trade in electricity, to the benefit of consumers across the island. Consistent market rules across Europe will allow for increased competition between domestic generation and international generation. The regulators also hope that this change will provide for further integration of renewable energy sources.

However, both regulators are fully aware that this change will have an impact on stakeholders. “The changes in the wholesale market are complex, they will extend beyond just the energy market itself also into the capacity market and into the market to provide systems service,” Brien acknowledges.

“These changes are going to change the mix of revenue streams for generators. Changes to the capacity mechanism will likely lead to the closure of some existing plants. It’s a very different mechanism to what we have today, so we would expect some plants to no longer stay in business but we also see it as facilitating investment in new flexible plants both through the capacity mechanism and also through the new Secure Stable Electricity System (DS3).”

While the current SEM has proved successful in mitigating market power, both regulators recognise that a new approach will be necessary to deal with structural changes in the market, driven by changes in the mix of plants (increased investment in intermittent generation) and changes in ownership. There is also recognition that the move from a single market to three markets (intraday, day-to-day, the day ahead) in different time frames will present extra challenges and the market rules will have to be updated to reflect that.

The European Capacity Allocation and Congestion Management (CACM) guidelines, to implement the Target Model were adopted in December 2014 by the comitology process and were finally approved and fully implemented via the European Parliament in August 2015.

Ireland and Northern Ireland achieved a derogation to integrate into the European Target Model by the end of 2017. The derogation applies to the market coupling aspects of CACM but many of the non-market coupling components applied immediately.

This is a joint project under the auspices of the SEM committee. The CER and the Utility Regulator of Northern Ireland will be leading the development of the detailed design and rules and working closely with EirGird and SONI as the Transmissions System Operators (TSOs) who are going to be responsible for systems implementation.

These changes will result in a lot of work for market participants to get their business processes and systems complying with the new market but as Brien notes, this has been taken into account by both regulators.

“We have established a joint project board between the regulatory authorities and the TSOs responsible for overall delivery of the program, to ensure that the project is delivered on time, and the customer benefits are realised.

“We know it is not easy, we are producing complex policy documents that we are relying on market participants to absorb, understand what they mean and return to us an understanding of how what we have proposed will affect the market and their own individual businesses.

“We’re moving to a phase where we will continue to have policy development ongoing. We will be coming out with a decision on energy trading arrangements very shortly, followed by the drafting of the legal market rules that are going to define the revenue streams for generation market participants and the charging base on the supplier’s side.”

The regulators accept that there are numerous challenges ahead and will continue their interaction with stakeholders through the detailed policy development to ensure everyone is sure of where they stand and what they have to do. They are also aware that market participants are participating in the DS3 consultations but are confident that the work undertaken now will result in an efficient transition to this new electricity market.