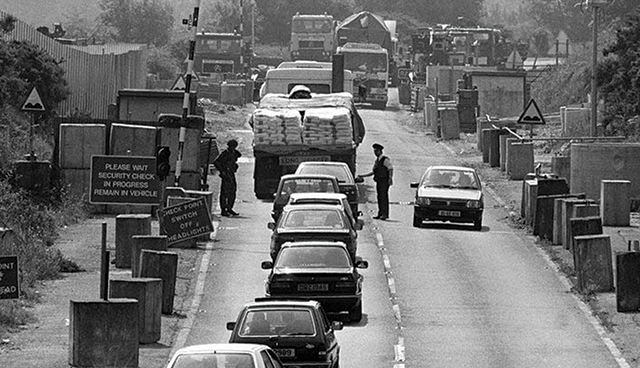 Robert Murphy, formerly of the Irish Government’s Customs division and ex-TAXUD official at the European Commission and World Customs Organisation writes about the challenges of a customs border being implemented on the island of Ireland as the UK and EU negotiating positions remain polarised.

The negotiations for the divorce have started. Creative, flexible and imaginative solutions are sought for the thorny issue of what the border could and should look like once the UK is outside of the EU customs union. To look at potential solutions it is important to identify the issues, the specific problems and the needs and constraints of the many stakeholders involved. In particular the well-known special and unique status of Ireland including the commitments in the Good Friday Agreement need to be considered.

28 EU Member States customs authorities currently operate in a harmonised manner, using a single set of customs rules. The customs authorities deal with goods as they are imported, exported and transited through the EU, sharing information, common IT systems and cooperating closely with business. The EU Commission coordinates and monitors the implementation of the legislation (the EU Union Customs Code), ensuring that there are no internal customs controls between EU member states preventing the free circulation of goods. The customs union is like the skin on the body of the EU, surrounding the EU with a common external tariff, protecting legitimate trade and citizens.

“It is clear that physical checks on or near the border are unavoidable. These could be carried out by mobile patrols on both sides sharing information and intelligence on high risk traffic flows.”

Within the EU CU goods move seamlessly, freely and without any friction caused by customs requirements. Non-EU goods entering, leaving and transiting via the EU are subject to administrative requirements and checks and controls, both documentary and physical. The level and type of control is dictated by the perceived threat to both legitimate trade and citizens. Customs authorities use risk management to assess the risk to the EU budget, to support legitimate trade and protect the health and safety of citizens. With limited resources and the need to facilitate legitimate trade, customs only check as and when required and the use of risk management supports customs in targeting and selection of consignments for control.

In the absence of any customs agreement or Free Trade Agreement between the UK and the EU, leaving the EU CU means that the UK will become a third country subject to the EU UCC rules and procedures.

For trade, this could result in the imposition of tariffs on a number of products, the requirement to submit customs declarations electronically and to make specific documents available as the goods are being cleared for import or export. In many cases businesses on both sides of the land frontier will be dealing with customs procedures for the first time. These businesses will require training and could incur extra costs in meeting their (new) customs obligations. In being subject to physical and documentary checks, there will be delays and queues which would disrupt the smooth running of the supply chain.

For an individual bringing goods into the EU there are specific duty-free allowances, as well as allowances for alcohol and tobacco products. Duty (including VAT and Excise) will be due on goods in excess of these allowances and checks will be required to ensure that individuals, whether travelling by car, bus or train stay within their allowances.

For customs, controls on a land frontier involves investment in establishing infrastructure where none exists now in Ireland. There would be a need for traffic management (quick release lanes, lanes for physical controls etcetera), supporting IT infrastructure and the necessary space and offices for customs personnel and equipment such as scanners and patrol cars. In addition there would be a need to have parking bays and warehouse space to examine and store goods for controls prior to release or for storing detained goods.

The areas that customs services address are varied. Traditionally the function of customs was the collection of duties and this role has developed into carrying out safety and security checks and ensuring the protection of citizens. Compliance with standards, the detection of counterfeit and dangerous goods and rare and endangered species, controls on cultural goods and shipments of waste, these are the areas that require customs to work closely with trade interests and other government agencies.

The key challenge is how customs authorities in the Republic of Ireland, in carrying out their obligations under the EU UCC, can meet the needs of trade (and citizens) on both sides of the border while at the same time acknowledging the special status of Ireland north and south.

Representatives from both HM Revenue and Customs, together with Revenue Commissioners Customs service, currently attend and actively participate in a wide range of technical committees with all other EU Member States in discussing the practical application of the provisions of EU customs legislation. These committees discuss areas such as risk management, the management of the EU Authorised Economic Operator Programme (EU AEO), customs IT development and trade facilitation measures with representatives from business.

The committees, chaired by experts from the EU Commission services competent for customs matters, are best placed to understand the specific challenges and to identify potential solutions. It is useful to look at some specific areas that could support both customs and trade in the future management of the new land frontier.

The use of risk management by customs involves the systematic exchange of information to identify and control high risk consignments. Both HMRC and Revenue could enter into a bilateral (or an EU sponsored) agreement to facilitate the exchange of information for goods travelling between Northern Ireland and the Republic of Ireland. This would facilitate targeted controls on traffic that presents a risk to legitimate trade and to protect citizens.

Furthermore, there could be an exchange of control results between HMRC and Revenue, to prevent a duplication of controls and to provide information to increase confidence in compliant traders. It could prove possible to extend this agreement to manage the specific control programmes. Customs controls could be carried out at trader’s premises north or south and the results of such controls could be accepted by the other customs service.

The EU Authorised Economic Operator (EU AEO) scheme allows economic operators who voluntarily meet several criteria to benefit from special treatment from customs. Such benefits include less inspections, mutual recognition with third countries trade, fewer delayed shipments and prior notification of any controls by customs. To support the smoothest possible flow of goods across the border, it is important to have a mutually recognised trusted trader scheme managed by HMRC that will support legitimate traders north and south. This should support certainty in the supply chain and guarantee seamless movement over the land frontier for approved traders.

As there are a significant number of SMEs along the border region, a specially tailored AEO type programme should be established for SMEs to support and reduce administrative requirements and customs interventions at or near the border. Provision for such a programme already exists in the current EU UCC so this is another opportunity to address the specific challenges faced on the island of Ireland. 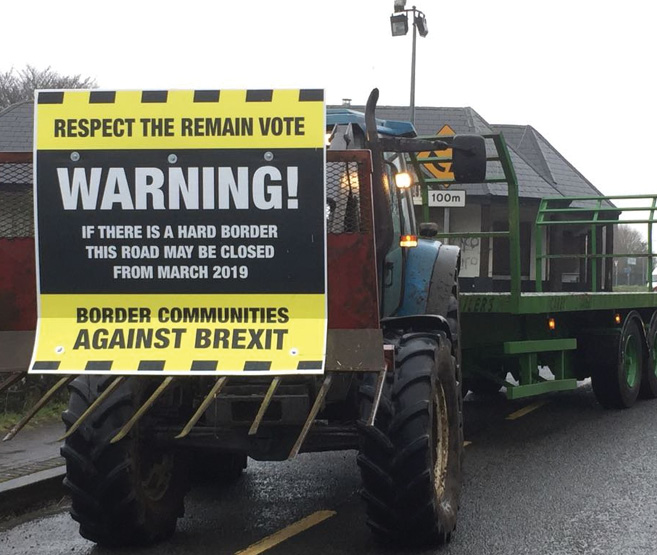 It is clear that physical checks on or near the border are unavoidable. These could be carried out by mobile patrols on both sides sharing information and intelligence on high risk traffic flows. Scanners, both mobile and fixed could be deployed, especially in the case of train connections. Such scanners and controls on passengers need not take place on the border but could be carried out at boarding or disembarkation.

Joint consultation between both customs authorities and key business stakeholders is very important to allow an exchange of views and proposals by those stakeholders affected by the new border. Pragmatism is needed by those who will be involved in transporting consignments and those government agencies charged with the responsibility of correctly applying the legislation. A consultative committee comprising of customs north and south, together with relevant government agencies (including veterinary and agriculture) as well as key trade interests should be established as soon as possible.

If as expected a transition period will apply before the UK leaves the EU CU, there is time for the key stakeholders to prepare. The EU side wishes to protect the integrity of the external border of the EU and to have a customs control system in place that stands up to scrutiny from other member states and OLAF. Both HMRC and Revenue want to fulfil their own legal obligations to the satisfaction of both London and Brussels.

Trade interests want to have a system in place that does not significantly disrupt the flow of legitimate traffic while at the same time protecting their business from illegal trade. Citizens north and south need to have confidence that customs are checking for dangerous or unsafe imports and stopping the flow of counterfeit goods.

Proposals as outlined above could be seen as a basis for discussion to meet the needs of customs and trade, while at the same time respecting the unique challenges faced on the island of Ireland. Any solution must meet the needs of all the key stakeholders. The devil is in the technical detail but a big advantage is that both customs authorities are highly expert and professional and want to support trade as much as possible. It remains to be seen if the political space exists to allow them the opportunity to do their job.