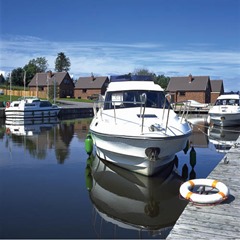 Peter Cheney talks to three tourism operators about their hopes for the season ahead, the unique selling points of their areas and what more can be done to attract visitors.

The character of Northern Ireland’s people, its natural beauty and its (often untold) stories appear to be the main draws for visitors. The themes stood out when three people working in the sector shared their views with agendaNi.

Marie Maguire operates the Cul-Erg bed and breakfast in Portstewart with her husband JJ.

“We hope for a busy season with good weather and more visitors [and] an increase in visitors from the south of Ireland,” she says. “Every year we build on our local market and our repeat business is very important to us.”

Guests are impressed by the coastal drive along the North Coast, its beaches and walks, and the close location of popular tourist attractions, which can all be visited in one day. The warmth and friendliness of people in the area also stands out, alongside the restaurants and the high standard of local food.

Feedback from guests, though, also suggests a need for more events and indoor attractions “for the days when the weather is not too favourable.” Southern visitors are disappointed with the lack of entertainment in local bars, particularly during the summer.

Some walks have poor signage and are reportedly in a dangerous condition while visitors say that tourist attractions, particularly those run by the National Trust, are “very expensive.” The trust has said that the income is needed to manage the location as a world heritage site.

Martin Carey is Chief Executive of the Mourne Heritage Trust. “Our hope,” he says, “is always that people enjoy the area and learn about it but in doing so, respect the countryside that they’re out and about in.”

His ideal is that the summer will pass without wildfires or excessive litter – a particular problem on sunny days when a large number of people head into the mountains. The trust is based at Annalong Cornmill, which was one of Ulster’s last working watermills and this summer the building will host an exhibition on the story of Mourne granite.

“We hope that that will prove to be a popular attraction to people on the wetter days,” Carey explains. Then, from September, the trust plans to open a Narnia trail in Kilbroney Forest Park with visitors starting off by going through a wardrobe. CS Lewis was partly inspired by the Mourne landscape.

The Mournes are unique because “you have so much packed into such a compact area.” Carey surmises: “What strikes me all the time is that our mountains are so accessible by comparison.”

On a good day, tourists can have their breakfast in a Newcastle café, walk to the top of Slieve Donard and then be back down again for an ice cream at lunchtime.

“When you get up there, you have that genuine feeling of getting away from it all,” he says of its wilderness effect “but you actually haven’t had to go far out of the way to get it.” The view of the mountains and the sea captivates visitors but the trust sees the story-telling aspect as an area for improvement.

The lesser-known tales of Mourne include smuggling on the Brandy Pad and the building of the Silent Valley reservoir. Many of the stories are “just sitting there under the surface and hidden.”

Carey adds: “I think we have to find ways to bring those out more to visitors and do that in interesting and engaging ways.”

“We have got the basic fantastic backdrop of the landscape,” he remarks, adding that this is now backed up by a “pretty good” tourism infrastructure in its paths and mountain bike tracks.

Aidan McCormick manages Belfast City Sightseeing and is looking forward to a “really busy” and peaceful season ahead.

“The best assets of Belfast are the local people and the character of the place,” he comments, drawing on the feedback from passengers in recent years. The charisma of local people is noticeable.

“Last year we didn’t have that – to be quite frank – with the political instability,” McCormick adds. “It showed a negative side of the city. It did real damage.” Belfast now needs to remain in the headlines for the right reasons “and I think that’s achievable.”

The city’s character “cannot be matched” and he explains: “You can try and create it somewhere else and you cannot buy it. It just exists.” People on short city breaks want experiences and while big events help, small encounters also matter. Tourists like to sit in cafés or bars and talk to locals.

“The Giro d’Italia was obviously a massive success,” McCormick notes.

“A lot of locals enjoyed that but certainly events compel people to come.” They also generate hotel bookings and more spending on food and transport. He’s pleased that marketing has “improved enormously” and sees events as “key to the city’s future.”

Belfast has a strong appeal to city break visitors from Britain and the Republic and therefore competes with Liverpool or Edinburgh. Tourism, in his view, offers the best potential for the economy as a whole and also “gives people the chance to tell their story as well.”