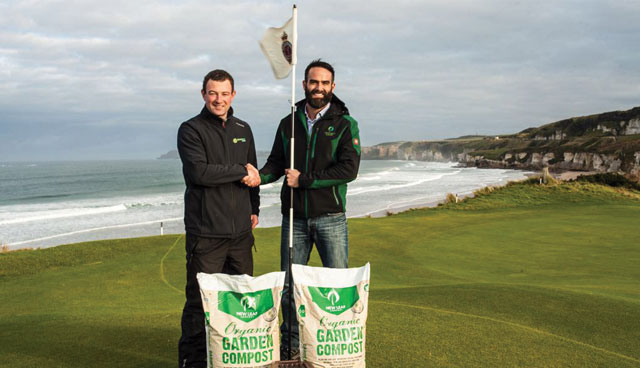 Colm Warren, commercial director of Natural World Products (NWP), Ireland’s largest recycler of organics, talks to agendaNi about their circular economy approach and outlines how their product is being utilised across various sectors. 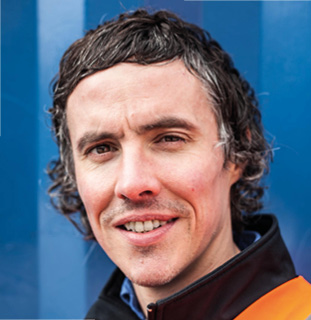 Employing over 40 people in Belfast, Antrim, Downpatrick and Armagh, NWP has been operating a ‘circular economy’ approach to recycling long before the term was ever invented. In 2016 alone the company was responsible for 40 per cent of the total reported recycling in Northern Ireland for household waste collected by councils.

“Compost acts as an important long-term soil conditioner, helping to return critical lost nutrients to heavily farmed soils on a slow-release basis,” he says. “Local farmers see crop yields improve significantly over time as lands are restored and renewed through use of NWP’s organic product and the company will supply over 80,000 tonnes of soil conditioner to the local agricultural sector in 2017.”

Renowned as one of Northern Ireland agriculture’s most innovative and progressive minds, Tandragee arable farmer Tim McClelland states: “I have worked with NWP for over five years applying compost on an annual basis. Pre- ploughing I incorporate up to 10 tonnes of compost per acre. Over the past few years this has made a real difference to my farming business with improved soil structure. Soils on the farm are less compacted, forming a more suitable seed bed. Ploughing and cultivation has become easier, reducing fuel usage during these critical operations. Going forward, increasing earth worm activity in the soils on my farm is a key objective and continued use of compost is central to achieving this goal. As someone who farms with the environment and conservation in mind, using compost and working with NWP is a central part of my future business.”

Simon Best, formerly of Ulster and Irish rugby fame, farms over 480 hectares with his father: “Growing wheat, oats and oilseed rape on my arable farm in County Armagh, I have used NWP’s organic compost for a number of years. It has undoubtedly improved the structure and organic matter content of the soil over time and I am very pleased with the benefits to the land.”

Elsewhere, NWP’s product is being used by Clive Richardson Limited on some of the country’s most well-known sports pitches and is currently being applied at Northern Ireland’s greatest local golf course, Royal Portrush, in preparation for the 2019 Open Championship. Course Manager Graeme Beatt remarks: “Over the last number of years the golf courses at Royal Portrush Golf Club have become increasingly busy with overseas visitors. Divot damage to tees and fairways has become an issue for us in recent years, especially during periods of dry weather. In 2016, we began adding NWP compost to our divotting material and have had great success in germination and establishment of seedlings in spite of unpredictable seaside weather conditions. Weak areas which were heavily played have improved, making our playing surfaces more consistent and therefore improving the golfer’s experience.”

Compost in the community

Warren adds: “Local councils are also major users of NWP’s recycled product. Not only is food waste significantly cheaper for councils to dispose of when collected alongside garden waste in the brown bin but, when disposed of via the brown bin, it can be fully recycled instead of being lost to landfill.

“Even better, once food waste has been recycled into compost by NWP, it can be used to help our local parks and greenways flourish. Some recent examples include Hillsborough’s 2017 Ulster in Bloom victory (showcased at this year’s Balmoral Show) which was ably assisted through use of NWP compost with the village and its sponsoring local authority, Lisburn and Castlereagh City Council (LCC), going on to represent Northern Ireland at the National Britain in Bloom awards.”

Lisburn’s head gardener, Stephen Mackle, is a big fan of NWP’s product: “NWP make a major contribution to what we’re trying to achieve at LCC in terms of the restoration of our green spaces and natural environment. Their compost product, New Leaf, is the best we have found anywhere – and we’ve experimented with many. My biggest issue is that I have men fighting over it in my yard – my gardeners can’t get enough of it.”

NWP’s compost is used widely by councils at a range of our most prestigious local parks. From preparing Sir Thomas and Lady Dixon Park for Rose Week every summer, to beautifying the grounds of Belfast Castle, to helping community parks such as Woodvale in the Shankhill or Whiterock in the Falls, flourish. 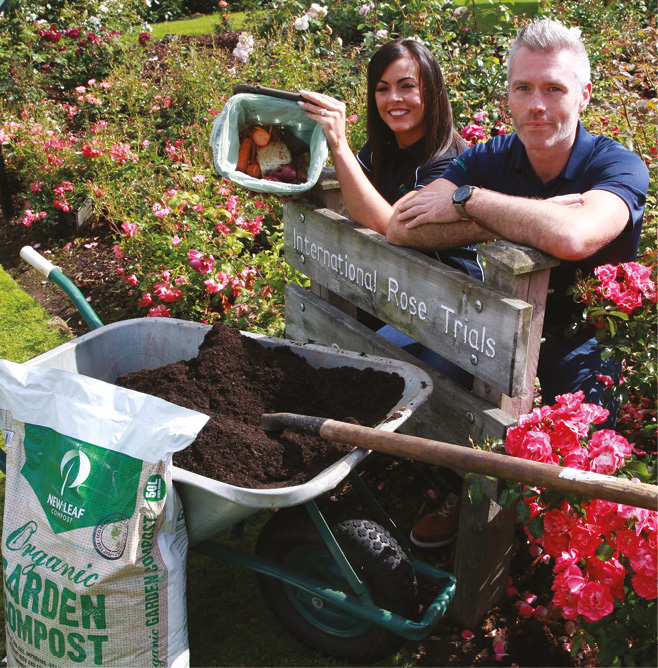 Local councils from Belfast to Fermanagh see huge demand from their ratepayers every year during Compost Awareness Week (6-12 May 2018) when NWP, as part of its sponsorship of the annual initiative, makes bags of New Leaf compost available for free from council recycling centres.

Warren concludes: “Those that aren’t lucky enough to pick up a few free bags during that week can buy New Leaf compost from a wide range of garden centres throughout Northern Ireland with demand for the retail product increasing at a rapid rate every year as the general public becomes increasingly knowledgeable around both the environmental and economic benefits of effective household recycling.”