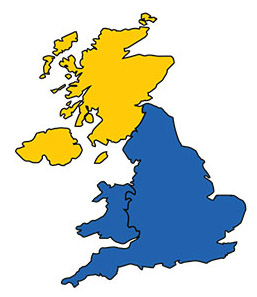 A majority of 55.8 per cent voted to remain in the European Union but in the end the numbers weren’t enough to prevent a 51.9 per cent UK majority who have opted to leave.

Northern Ireland now finds itself in the unique position of making sure its needs are front and centre in the negotiations for Britain to leave the EU, despite the majority of voters choosing to stay. Just seven of the 18 constituencies chose to leave the EU but with a smaller margin than expected between the two camps. Low turnout in some nationalist strongholds appeared to account for the closer than expected contest, however, the overall remain vote from Northern Ireland was expected. 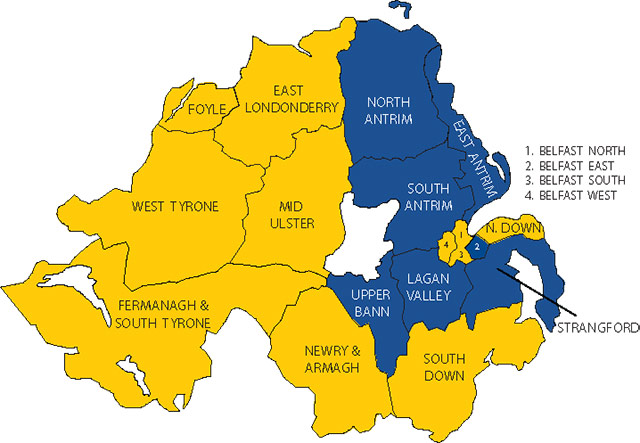 Despite Northern Ireland and Scotland, who also voted to remain, now being at odds to the UK’s overall decision to leave, First Minister Arlene Foster, whose party campaigned for leave, called for a period of “calmness”. “Regardless of how we all have voted it is now important that we work together to build on the potential that this historic opportunity provides,” she said. Foster and others including the Secretary of State Theresa Villiers rejected an instant call by Sinn Féin deputy leader Martin McGuinness to hold a border poll, claiming there was a “democratic imperative” following the result.

The shock result led British Prime Minister David Cameron to announce his decision to resign by October and Taoiseach Enda Kenny to acknowledge that a Brexit “creates particular concerns in Northern Ireland”. “I fully understand why many people in Northern Ireland are deeply concerned that Northern Ireland will be outside of a project that has delivered so much for political stability, reconciliation and economic prosperity,” he said. 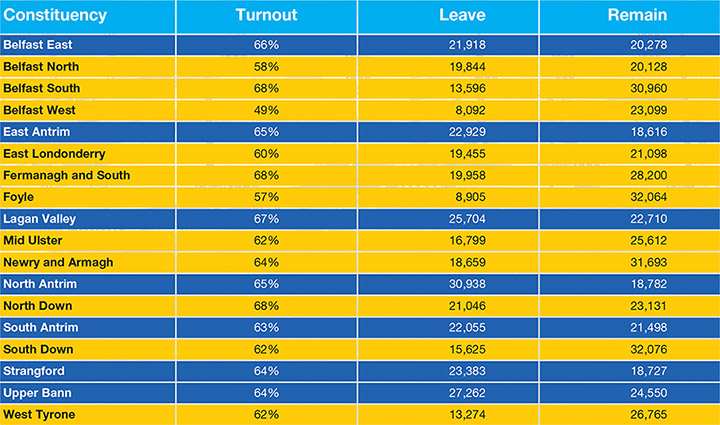