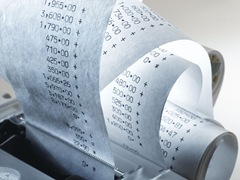 Peter Stewart, who chairs the Northern Ireland NAMA Advisory Committee speaks to Meadhbh Monahan about the agency’s outlook for the region.

Selling off the commercial investments and undeveloped land acquired by NAMA in Northern Ireland will be the organisation’s biggest problem here over the next 10 years, according to Peter Stewart.

New investors will have to approach the ‘work-out organisation’. NAMA is not a bank because it does not take deposits from the public or have a banking license. It was established by the Irish Government to buy the riskiest loans off banks at a reduced price, using government-guaranteed securities.

“The financial creators, the entrepreneurs, the advisors and investors are going to have to come to us with some creative solutions and we will participate,” Stewart states. “We’ve got a hell of a problem. We’ve got a lot of money to pay back,” he adds.

The total amount of loans NAMA will take on amounts to £68 billion (approximately €80 billion). The value of loans going into NAMA from Northern Ireland is approximately £3.35 billion. Only 10 per cent of this had been acquired by NAMA at the time of interview “so it is early days.”

• £1 billion in investments and

• £350 million in property and land in the course of development.

Stewart estimates that less than 150 people in Northern Ireland have bank loans that will go into NAMA. The chartered accountant is keen to dispel the myth that NAMA will let the people who caused the problem off the hook.

“We are not taking over the land; we are taking over the loans.” While NAMA is buying the loans off the bank at the November 2009 market value of the underlying security, the people who “borrowed more money than they can afford to pay back” will have to pay the full amount to NAMA.

Creative solutions such as joint ventures, mezzanine debt, shared security and phased transfers of ownership will be welcomed, Stewart reiterates.

“We’ve set a tight timescale. Whilst we’ve got 10 years to get out, it will be quite challenging.”

He adds: “We don’t have to achieve it equally in each market but even with a 10-year timescale, it isn’t all that long to get out, so we are going to have to come up with creative solutions, talk to government and to look at joint venture possibilities in relation to the land.”

In light of this, NAMA has met with the Northern Ireland Housing Executive and the International Centre for Local and Regional Development in Armagh which are discussing collaboration on projects to map housing need and the availability of land. “It’s early days, we will have to see,” Stewart comments.

“This time next year I would like to be able to say that we have developed serious structures that we could look forward to implementing over the next few years.”

“The concern for us on the most simple level is that market liquidity doesn’t come back at an adequate level for us to get out in 10 years,” Stewart explains. “What the hell are we going to do with these loans secured on land in six or seven years if there’s no market?”

A “huge part” of NAMA’s loans is made up of undeveloped land at “mad prices.” This will be sold off as farmland, according to Stewart, and consequently, “it will be painful” for the house builders, land speculators or developers who “played their part” in bringing about the current crisis.

Because the region has a “completely different” economy than the Republic and doesn’t have the same problem of uncompleted estates, Stewart is confident that “provided we don’t do anything stupid” there will not be any additional pain caused to the local economy.