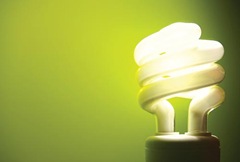 A forthcoming Energy Bill will impose an energy efficiency requirement on energy companies and change the incentives scheme for small-scale renewables.

DETI has concluded its public consultation on a planned Energy Bill, which would introduce a new energy efficiency requirement on energy companies, aimed at increasing efficiency in homes and other buildings. A spokeswoman for DETI told agendaNi that the Bill is due to be drafted next spring before going to the Executive for approval. If approval is obtained, DETI hopes to publish the Bill in June 2013.

Launching the 12-week consultation (which ran from June to September), Energy Minister Arlene Foster said: “Energy savings have never been more important as we face so many energy challenges, particularly rising fuel costs.”

The proposals come as a new EU Energy Efficiency Directive, which the UK will have to transpose by early 2014, will oblige energy distributors and/or retail energy sales companies to achieve savings equating to 1.5 per cent of annual energy sales (by volume) to final customers.

In considering the options for new energy efficiency measures, the consultation document stated that voluntary agreements (which DETI has with most major energy suppliers) would be unlikely to deliver “a step change in energy savings”. A Green New Deal-related programme (i.e. pay-as-you-save energy efficiency programme) would be “inappropriate” as fuel-poor people would be “unable or unwilling to take on debt for the purposes of energy efficiency.”

While the Bill will not outline the exact details of an energy efficiency requirement, the department stated that energy companies that supply, distribute or import energy will be required to achieve a certain level of energy savings within a given year. It would be up to companies to determine how these savings are achieved. Measures might include the installation of loft insulation in homes or the offer of cash back for insulation.

Certain implications will have to be considered in framing the Bill, it stated. These include the possible exemption of very small energy companies and any potential differential price advantage arising. A disproportionate burden on networked gas and electricity industries if a large proportion of non-networked suppliers (i.e. of coal, oil and renewable heat) are exempted is another potential problem.

The requirement should focus on energy savings rather than carbon savings, it added. SMEs should be able to benefit from installed measures and any scheme should align with other energy efficiency measures such as the Warm Homes Scheme.

An obligation for a 1.5 per cent annual energy savings could create approximately 3,000 jobs and a GVA of £128 million by 2020, DETI stated. However, 1.5 per cent annual savings would result in energy bills rising by 0.05 per cent in the first year of the scheme, rising to 4 per cent by 2020. This would be offset for those who benefit from efficiency measures through a projected 8 per cent decrease in bills, as well as the end to the Northern Ireland Sustainable Energy Programme levy on electricity, which is due to finish by 1 April next year.

The Bill will pave the way for a change in incentives for small-scale renewable energy generation, with a shift away from the Northern Ireland Renewables Obligation (NIRO) to a feed-in-tariff, due to the ending of Renewable Obligation Certificates (ROCs) in England and Wales. The Bill will include broad enabling powers to introduce such tariffs. Ninety-five per cent of NIRO accreditations are for small-scale generators (i.e. a maximum installed capacity of 5MW).

DETI and the regulator’s duties and obligations regarding sustainability are being reviewed by the department. In the public consultation, DETI asked if sustainability should be given greater weight.

In the area of electricity, the department and regulator’s primary objective is to protect consumers, but in gas they must promote and maintain an efficient, economic and co-ordinated gas industry. They must also aim to secure a sustainable, long-term energy supply and have regard for objectives in the 2009 directives on the internal electricity and gas markets such as competitive, secure and environmentally sustainable markets.

With the current interest in establishing gas storage facilities in East Antrim, the department wants to ensure that legislative and consenting provisions are sufficient for the construction (and eventual dismantling) of such facilities. Proposed changes centre on transferring responsibility for granting consent to construct gas pipelines and gas storage facilities from the regulator to the department. The department also proposes to amend legislation regarding appeals to the High Court against regulator’s orders for compliance with the 2003 Energy Order or penalties for breach of compliance.

At present, appellants can only appeal on the grounds of a penalty not being within the regulator’s powers or non-adherence to requirements regarding the imposition of and dates concerning a penalty. DETI is considering an amendment to broaden the scope to a full appeal. Technical amendments concerning electricity and gas licences transfers (e.g. after company mergers or re-structuring) are also proposed.

For Sinn Féin, the proposed energy efficiency measure is welcome. However, the party’s submission to the consultation stated that the payment of building control fees on some insulation works is one of “a number of minor obstacles” to improving energy efficiency. In the Warm Homes Scheme, for example, the payment of fees is not included in a tender contract, therefore “it is unfair to expect what are mainly small contractors to take the hit on each insulation job.”

The party is disappointed that a Green New Deal is not proposed and says that the department’s argument “simply does not stand up.” However, the party also backed the DUP’s preferred alternative: an expanded boiler scheme.

DETI and the regulator’s objective of protecting the natural gas industry should end: “We should not be encouraging consumers to move to natural gas in instances where renewables are readily available and prove more cost effective and sustainable.”

The Green Party also expressed disappointment in its submission that a Green New Deal was not proposed but welcomed the proposed obligation scheme. It asked what protections would be in place to ensure that the fuel-poor don’t end up subsidising energy efficiency measures for those on higher incomes, how savings would be measured and what will be done to reduce energy in transport.

Licensing for constructing major gas pipelines or gas storage facilities should remain with the regulator, the party stated, as he is “under a duty to make decisions on the best interests of consumers.” Other parties were contacted for their views but declined to respond.