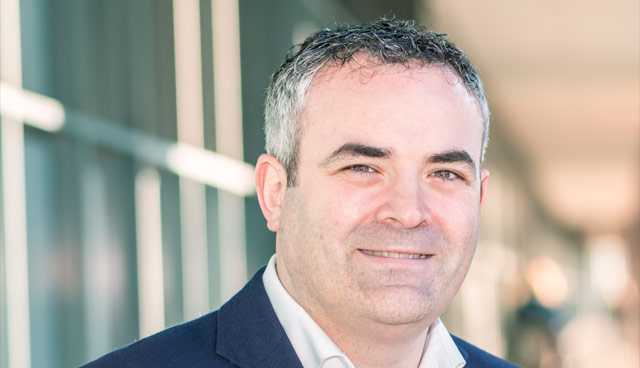 Success on the talent agenda must begin with a coherent strategy that has a collective understanding of talent management at its base. David Collings, Professor of Human Resource Management in the Business School at Dublin City University, writes.

Talent management entered the management lexicon in the mid-1990s when a group of McKinsey consultants heralded a ‘War for Talent’ arguing that a talent mindset was one of the key factors which differentiated high performing organisations from the rest. High profile advocates like then General Electric CEO Jack Welch provided further legitimacy for talent management. However, despite two decades of emphasis on talent management, organisations globally continue to struggle in delivering on the talent agenda.

For example, PwC’s annual CEO Pulse survey consistently reports that in excess of 70 per cent of CEOs globally highlight the lack of available skills and capabilities as a primary threat to the growth prospects of their organisations. Indeed, the limitations of talent management programmes are also widely recognised. A recent study by Mercer suggested that 80 per cent of respondents felt that their talent management programmes needed a complete overhaul.

How can we understand this failure to deliver on the talent agenda? Certainly, it is not down to a lack of effort or a lack of recognition of the importance of getting talent management right. I have yet to work with a senior leadership team that does not appreciate the importance of talent management. As noted above, it is regularly identified as the key priority of CEOs. It is also clear that there is rarely a single cause for this failure.

The starting point in any strategy is creating a shared understating of what the focus should be. In contrast to focusing narrowly on leadership secession, we argue talent management should have a broader focus. We think about talent management as being about three key things.

Key positions are defined by their centrality to the firm’s strategy and the extent to which improving the quality or quantity of people in those roles significantly impacts on output. This means we can see a significant difference in output between an average performer and a top performer in a role. There are many roles where the nature of the role constrains performance and a top performer can only add marginal benefit. For example, an airline pilot while central to the success of an airline is highly constrained in her performance by procedure, air traffic control, rules and the like and safety standards mean that commercial flights are exceptionally safe. Thus, there is little potential for a pilot to add value. Hence good enough is good enough.

“While clearly leadership secession is important, it is just part of talent management. It is often specialist roles that really shift the dial in terms of organisational performance.”

In contrast, cabin crew can add exceptional value in terms of customer experience and we can see significant variation between the performance of one cabin crew member over another. This stands in contrast to our traditional approach to ranking jobs based on inputs, such as qualification or experience, or hierarchy. The focus is shifted to potential outputs. Such roles generally account for 10-20 per cent of roles in organisations and can be found at all levels of the organisational hierarchy.

Having established the key positions at an organisational level, the next stage is to create a pipeline of high performers and high potentials to fill those roles. The reality is that pivotal roles will likely include some leadership roles and many more operational or specialist roles. The organisations that are farthest along the talent journey have created parallel talent paths for leader and specialist talent. Rather than forcing high performers who do not want to be leaders into leadership roles as the only way of progressing, they offer an alternative career path to their specialist talent. Wharton’s Peter Cappelli likens the creation of talent pools to thinking about talent as a supply chain and minimising the risks in that supply chain. The risks from a talent perspective are both quantitative (having too few or too many talented individuals in a particularly area or speciality) or qualitative (not having the required skills to meet talent requirements).

Mitigating this risk requires careful scenario planning which considers the implications for talent arising from the likely changes in the nature of the firm’s product or service offering, scale and global footprint. While leadership teams often give considerable attention to the future changes in these factors, the talent implications are given insufficient attention. This is reflected in the fact that over 70 per cent of CEOs report that the lack of availability of key skills is a key constraint on their growth prospects. Quite frankly they are too late in searching for the talent and have failed to proactively create the required talent pools.

In his best-selling book, Work Rules, the former head of HR at Google, Lazlo Bock, argues for paying unfairly. His argument is that performance should be rewarded and if one individual performs significantly better than another then her rewards should recognise that. Recent research on performance in knowledge-based work confirms that performance is better captured by a power law distribution than a normal distribution. There are more people in the upper distribution and they contribute much more value than a normal distribution would suggest. The approach that we advocate here is about ensuring that the HR system focuses on key positions and that that the highest performers fill those key positions.

For example, returning to the analogy of airline crews above, pilots reward could be positioned in the 60th percentile ensuring, all else being equal, that the airline gets above average pilots who will do a great job. In contrast, for cabin crew there is a case for positioning reward in the 80th percentile ensure the airline can attract the best performing cabin crew. Of course, the HR offering must be far broader than reward. High performers expect development opportunities, exposure to senior leaders, the opportunity to work on high profile projects, work life balance as well as a sense of meaning in work. Firms should invest disproportionately in talent to deliver the greatest value. This does not mean a low baseline for everyone else. All of the available research confirms the value of investing in employees.

However, if you have an additional 10 or 20 per cent of budget we argue that it is most strategic to invest this is talent in critical roles.

Despite considerable discussion of talent management and recognition of its potential value, organisations have generally failed to deliver on the talent agenda. We argue that a key starting point is developing a shared understanding of talent management, focused on pivotal roles, talent pools and differentiated HR offering at an organisational level.