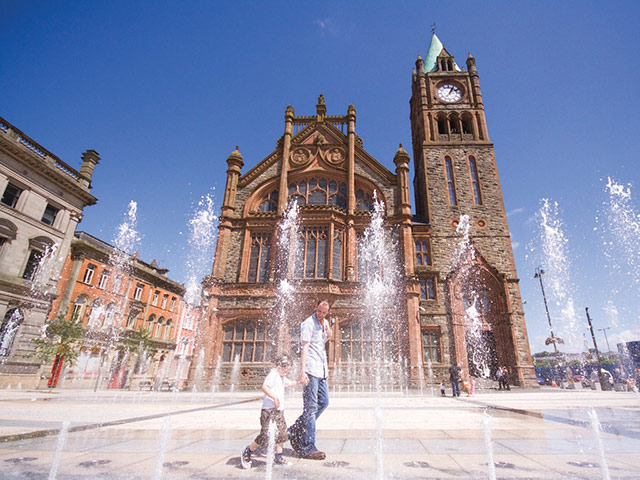 2016 has seen the political, social and economic landscape as we know it change utterly. At a time when we wait to see what way the shifting sands of Brexit will blow, it has never been more important for investors to seek out solid foundations on which to base future investment decisions.

Situated in the North West, Derry City and Strabane District Council is exceptionally well placed to provide exactly such critical investment foundations. Boasting a wealth of strengths, which remain unstirred by recent uncertainty, it’s a region where ‘the real potential is beginning to be realised.’ With innovation, creativity and talent in abundance and a flourishing SME sector, it’s the perfect location for businesses to grow. It’s an exciting time to be in the North West.

When it comes to innovation, the cross-border partnership between Derry City and Strabane District Council and Donegal County Council, is a unique string in the North West’s bow. Committed to harnessing what the region has to offer, the partnership’s united vision capitalises on the many exceptional resources of the area, driving forward and delivering initiatives designed to attract inbound and outbound foreign direct investment.

Representing another strategic cross-border collaboration is the Catalyst inc campus born against the backdrop of a fast expanding knowledge economy. This versatile innovation space can accommodate start-ups to major businesses and is already home to some of the island’s most forward thinking companies.

Meanwhile, across the River Foyle, the 26-acre Ebrington site offers an unprecedented opportunity for further regeneration and investment. Already home to the creative hub, Eighty 81, a co-working space for the city’s exploding creative digital content sector. We are already home to the Intelligent Systems Research Centre, C-TRIC, Northern Ireland Centre for Stratified Medicine and pioneering the way in research and innovation. 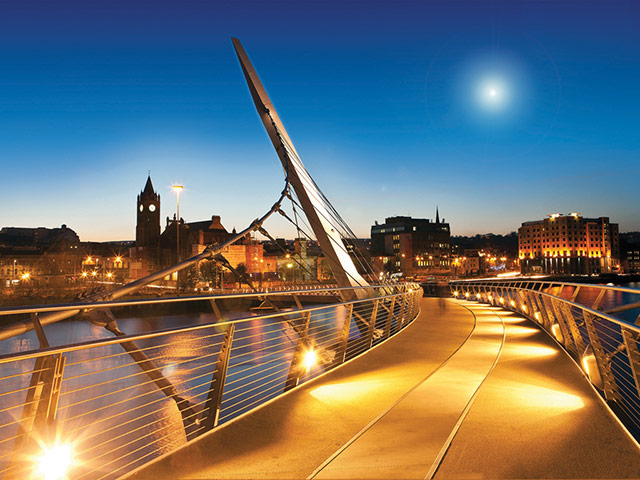 The North West has a proven track record in attracting FDI. With labour costs around 20 per cent lower than the UK average, unrivalled levels of staff retention and a workforce with a diverse range of skills in key areas, it’s little wonder so many blue chip companies continue to invest in the North West. With international players such as Fujitsu, Seagate, DuPont, One Source Virtual and Allstate based here for many years, they are already reaping the benefits of a North West location with many new companies attracted annually.

With an abundance of high quality office, retail and industrial space at prices that compete with any city in Western Europe and lower rental and construction costs than most of the UK and Ireland, there’s never been a better time to come to the Derry City and Strabane District Council area.

The region is however hungry for more and has a talent pool to rival the best in the world. Derry ~ Londonderry is one of the most youthful cities in the world, with 40 per cent under the age of 25 and 65 per cent of working age. With over 38,000 students in further and higher education and University of Ulster campuses and the North West Regional College on your doorstep, there’s a wealth of talent and skill knocking at the front door.

It’s a small city with a big outlook. A global outlook, evident by the recent delegation to New York, led by the Mayor, Alderman Hilary McClintock. As part of the Council’s ongoing strategy of engagement in the US, the trip was key to developing real and positive connections. As well as attending a series of high profile meetings and events, the delegation met the crew of the Derry~Londonderry~Doire yacht before the next stage of the Clipper Round the World Race.

“The trip gave us a forum to profile the huge advances we’re making on a regional basis, working with neighbouring Councils and partners to sell the entire North West region.” said John Kelpie, Chief Executive at Derry City and Strabane District Council. “It was a platform to put ourselves on the map as a solid place to invest, a wonderful place to visit and our message was loud and clear – the North West is open for business.”

“We are totally committed to continuing with the positive work we are doing at a cross border, national and international level to drive forward our economy. Working to promote the city and district as a good place to do business and to build on strong track record for attracting inward investment, is most definitely the plan. The positive experiences around investments from Seagate, Fujitsu, Allstate, Invista and DuPont and the large number of collaborative partnerships involved is very much to the fore in our sales pitch, as well as the excellent work being done on the ground on job creation, investment and tourism and cultural development,” he added.

“This trip opened the door to further expand my business in America and the platform of the Export Trade Mission proved invaluable in starting new conversations,” explained Doherty.

Troy Armour added: “It was an incredible opportunity to have the Council as door openers for us as it can be difficult to just land in the states and get through those doors on your own.”

With a further mission planned to Massachusetts in November for the Golden Bridges conference, the drive to promote the North West globally is far from over.

Invest NI’s North West Regional Manager, Des Gartland, added: “The recent New York visit demonstrates the proactive approach Derry City and Strabane District Council is taking to profile the region as an investment location. As a statutory partner in the Council’s community planning process, we are supportive of its efforts to grow the local economy and enhance the lives of those living in the area. It is exactly this sort of collaborative approach between stakeholders in the area that will drive forward economic growth in the North West.”

When it comes to quality of life, you’ll go far to find a place more buzzing than the vibrant scene that exists in this regional capital, awarded the first ever UK City of Culture in 2013. With access to quality healthcare and top performing schools, it’s a great place to do business, to live in, to learn in and to play, with the best facilities at hand.

Without doubt however, the jewel in the Derry City and Strabane District crown, is its people. Chat to someone from the North West and very soon, you’ll feel like you’ve known them all your life. Maybe it’s the Derry air, but whether it’s the warmth, wit or the welcome, you simply won’t find the same anywhere else in the world. There’s just something about Derry and Strabane. It’s a pretty special place.

Make it happen in the North West.