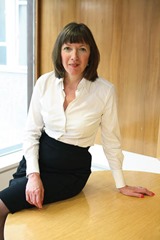 She shares her reflections with agendaNi.

What was your main message?

It’s good news that we are starting to see the economy improve but it doesn’t feel like a recovery to most people. Share prices and bonuses may be up but workers have lost more than £1,500 per year in real terms as wages have stagnated.

The economy is still hugely unbalanced – reliant on the service sector, London and the South East – and the majority of jobs that have been created are insecure, low-paid and low-skilled.

To sustain the recovery and turn it into a lasting improvement for all, we need to see real moves to secure fair wages, an ambitious programme of house-building and capital investment: not more demonisation of immigrants and those who are down on their luck.

Anything surprising about the conference?

Despite some lukewarm recognition that there was no room for complacency about the recovery, there was a real lack of concrete policies to deal with the living standards crisis.

Hints before the conference that there might be a move to improve the minimum wage or increase take-up of the living wage came to nothing. This will disappoint those sensible Conservatives who had been pushing for moves to ease the squeeze as well as the millions struggling to get by as wages fall yet further behind the cost of living.

And for all the talk of a positive agenda, the one new announcement in the PM’s speech was that young unemployed people – who have been hardest hit by the recession – will be punished if they can’t find work or training by having unemployment support withdrawn.

How have you found the job so far?

It’s been an incredibly busy, enjoyable and varied first nine months – from visiting workplaces and meeting union reps to taking part in the Dublin lock-out commemorations and speaking to tens of thousands at the TUC’s ‘Save Our NHS’ demo in Manchester.

I’m proud that we’ve agreed a campaign plan to shape the TUC’s work with a clear focus on jobs and growth, fair pay, strong unions, rights at work and good public services.

Frances O’Grady was elected as the first female General Secretary of the Trades Union Congress in September 2012 and took up the post in January. Born to Irish parents living in Oxford, she studied politics and modern history at Manchester University and has had a lifelong union career with the Transport and General Workers Union (TGWU) and TUC. Frances has two grown-up children and lives in North London. She tweets @FrancesOGrady