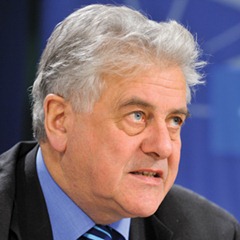 The euro zone crisis has yet to be resolved due to crippling debt, low growth and a lack of political leadership in many member states. Its impact upon the Northern Ireland economy continues to be the single biggest factor inhibiting our own prospects of economic growth and job creation.

An overview of the current state of our economy certainly makes for uncomfortable reading and, in comparison to other UK regions, Northern Ireland has clearly felt the sharpest impact during these difficult economic times. Sharing a land border with a euro zone country also makes us more exposed to fluctuations in the value of the euro as it can impact upon local companies as they search for new export opportunities.

Unemployment in the UK, in terms of claimant count, has increased on average by 101 per cent since April 2008, while Northern Ireland has seen a rise of
155 per cent over the same time period. In addition, the economic inactivity rate here remains much higher than elsewhere in the UK.

With this bleak overview of our economic situation, it is imperative that Northern Ireland retains its 100 per cent assisted area status with regards to regional aid.

Regional aid helps the private sector to grow, reduces our reliance on the public sector (by simultaneously supporting indigenous businesses and attracting inward investment) and assists foreign direct investment, particularly through selective financial assistance from Invest NI.  During 2007-2013, the European Commission has granted this special recognition to Northern Ireland due to the fact that we lag behind many other member states in terms of private sector employment and economic growth.

However, under the European Commission’s proposed regional aid guidelines for beyond 2013, it has become apparent that Northern Ireland would not be eligible for 100 per cent coverage. In addition to this, the proposals indicate that regional aid should not be given to larger companies employing more than 250 people. This comes ahead of the UK Government consultation on removing Northern Ireland’s automatic assisted area status altogether.

While the treatment of Northern Ireland as an economic development region during the 2007-2013 period has been welcome, it is essential that Northern Ireland is still allowed to give regional aid across all the province as many businesses have made it clear to me this will be a vital component for driving future economic growth. It is also preferable that large companies are not completely excluded from receiving regional aid as these firms have made up a large part of the foreign direct investment that has been attracted to Northern Ireland over recent years.

As a result of having been contacted by numerous local businesses concerned by the Commission’s proposals, I held a positive meeting in May with Commissioner for Competition, Joaquín Almunia, alongside Minister for Regional Development Danny Kennedy MLA and Diane Dodds MEP. We made the Commissioner aware of the economic and political importance of Northern Ireland having 100 per cent coverage for purposes of regional aid.

In response, he has invited further regional analysis supporting this special allowance. In addition, we highlighted the need for support for this from the Westminster Government to guarantee that Northern Ireland’s status continues. We also outlined that Westminster would be open to potentially allowing this further extension of our 100 per cent coverage if the Commission makes allowances for the extra coverage Northern Ireland would require as part of the overall UK regional aid map. As a result, we hope to meet him in the autumn once more for a follow-up meeting as we move ahead to achieving this goal.

This is yet another example of how imperative it is that now, more than ever, elected representatives at all levels work together at all levels of government to ensure the correct policies are followed in order to ensure growth and job creation, and I will continue to do this as the current discussions around regional aid guidelines continue.