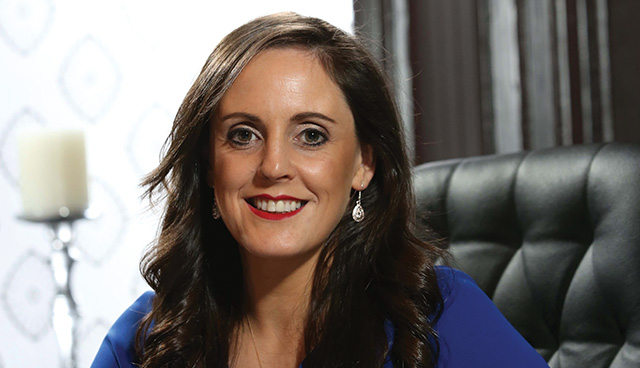 The Institute of Directors (IoD) in Northern Ireland has continually sought to raise professional standards among business leaders, with this ethos driving its operations and strategic direction for more than 60 years.

This vision has uniquely positioned the Institute of Directors to play a leading role in helping to shape and improve the economic landscape in Northern Ireland, through setting standards of excellence and driving performance of directors and leaders.

Building on this legacy, the new IoD Academy for Northern Ireland will be launched on 2 March in the Merchant Hotel, Belfast, to provide an enhanced and a more expansive professional development offering to Northern Ireland leaders.

Under the guidance of the newly appointed Programme Director, Dr Elaine O’Neill, the IoD Academy in Northern Ireland will deliver programmes which will support successful leadership and running a business/organisation. These include leadership for directors, strategy and driving performance, finance and corporate governance, which, O’Neill explains, are as relevant to leaders in the public sector as they are to those in the private and third sectors.

The Academy will create and build bespoke in-company professional development programmes specifically, to meet the individual needs of organisations and help them prepare and respond to their industry demands.

Bespoke in-company training can include development around communication, presentation skills and dealing with the media for your senior team, for example. Through the Academy, tailored Board Evaluations will also be provided, which is increasingly important given some recent high-profile cases of poor governance, lack of oversight and forward planning from their respective boards/senior teams.

Access to programmes through the IoD Academy are open to IoD members as well as non-members, and to individuals as well as bespoke training to be provided in-house for companies, enabling “your entire senior team to benefit from a programme specifically designed to take your firm to the next level,” O’Neill explains.

She adds: “Through the IoD Academy, we aim to support the wealth of exceptional talent that exists in Northern Ireland. This talent is present in the public sector, private enterprises, and in the community and voluntary sector. We want to support, harness and encourage leaders, giving them the confidence to discharge their duties with clarity and helping them to compete on the world stage. The IoD Academy will become the Centre of Excellence for Director Development.”

O’Neill arrives at the IoD with more than 12 years’ experience in senior roles across the public, private, community and voluntary sectors, and most recently as Head of Programmes at Stormont-based body Politics Plus. Here she developed and provided professional development and engagement programmes to elected representatives and their parties, and across the public sector and international parliaments.

In addition to working in economic developing, supporting the growth of local businesses, O’Neill completed a PhD in Management, which examined the barriers and success factors to the growth of university spin-out companies across Ireland, providing her with an insight into leadership excellence.

She explains: “I found that leaders of successful companies possessed determination, resilience and resourcefulness in abundance. It was these management competencies that were the most dominant success factor influencing the organisation’s growth and which we aim to support and develop through the Academy.”

The IoD Academy will commence its professional development programme with the Award in the Role of the Director and the Board, running from 16 April to 17 April. It, along with all IoD Academy courses, can be taken in isolation and also acts as one of four modules that make up the Certificate in Company Direction, the first step towards achieving Chartered Director status. An accelerated programme will also run at Lough Erne Resort, County Fermanagh in June. 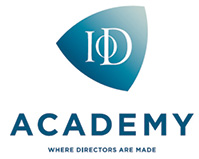