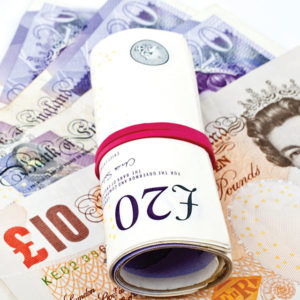 Each year, £3 billion of public money goes into the pockets of the private sector in Northern Ireland. Of course the public gets goods and services for their generosity, but it is worth reminding ourselves of the reliance that private enterprise has on the ‘bloated public sector’, to use the lazy cliché, writes John O’Farrell.

It is also worth reminding ourselves, because the cheerleaders for austerity won’t, that George Osborne’s cuts over the past six years have hammered parts of the private sector harder than the intended targets in Stormont and the district councils. The construction sector has been especially badly affected by the cuts in capital departmental expenditure limits.

In the face of imposed austerity, some such as the Nevin Economic Research Institute have argued for using public procurement more intelligently to stimulate those parts of the economy, such as construction, which have been particularly afflicted. Some economists have gone further. Mariana Mazzucato’s The Entrepreneurial State uses empirical research to demolish the new economy orthodoxy, beloved by Tech Titans in particular, that holds the state to be a feckless, harmful distorter of markets. For example, the Internet. Imagine a world in which it had never happened and then imagine trying to pitch it to venture capitalists and pension funds.

Risk, therefore is possible when funded by the public purse. One of the welcome changes to the EU’s rules on public procurement is less of a reliance on large corporates to deliver outsourced services. It is now possible to break-up tenders so as to allow smaller businesses to compete more equally. This means, for example, that smaller cleaning firms can compete for a contract to clean a single school, rather than having to block bid for every school in a city.

But there are other things which can be promoted through the smart use of public procurement. In England, the builders’ union UCATT has succeed in getting some district councils to sign up to its ‘construction charter’ which sets minimum standards for all the local authorities’ construction projects, such as:

The last is very important in the light of UCATT’s decades-long fight to expose the companies which blacklisted trade unionists and get compensation for them, which ended last spring with a multi-million pound settlement against some of the UK’s largest construction providers.

Why should the taxpayer continue to support companies which intimidated honest workers for raising concerns about safety on building sites? It is a sign of real statesmanship that UCATT are not calling for a complete and permanent ban, but that each offending firm can be given the opportunity to ‘self-clean’ before receiving public largesse.

The problem with bogus self-employment is two-fold; it is a system rife in construction which manages to defraud both the individual worker and the taxman, say UCATT. “Workers are denied holiday pay, sick pay and can be fired at a moment’s notice. By falsely self-employing workers, the real employer avoids paying employer national insurance contributions of 13.8 per cent per worker.”

Public procurement should and can prevent such abuses. Stop subsiding tax avoiders with taxpayers’ money. No company implicated in the Lux Leaks files or the Panama Papers should get a penny. Thatcher acted. She banned Arthur Andersen, accountants to DeLorean, from government contracts for failing to prevent the collapse of the company, which had received millions of pounds of taxpayers’ money through investment.

Take the legal opportunities provided in the EU directive. Get good value for society, and that includes social and environmental gains such as collective bargaining, sustainable development, an upskilled workforce as well as a shiny new office or road.