Northern Ireland parents who experienced relationship breakdown prior to lockdown have seen less of their children, in some cases going for months without contact, according to a leading charity.

Court closures in March 2020 and the recent re-opening in September as part of the UK Government’s restrictions to flatten the curve of the pandemic, have resulted in some parents, particularly dads, not seeing their children for months, with many contact disputes still unresolved.

The anecdotal information collated by the charity Family Mediation NI (FMNI), during Covid-19, indicates a rise in the number of dads desperate to see their children. FMNI offers a practical service to those parents who wish to find agreement over family arrangements post separation.

Despite the current challenges FMNI Chief Executive Officer Joan Davis said the charity can help: “We are an independent, impartial, confidential non-judgemental charity, publically funded to assist separated parents to achieve the best outcomes for their child.”

FMNI answered 5,018 enquiries by phone and email from April 2019-March 2020 from parents looking for support to manage their separation, carried out 762 pre-mediation information and assessment appointments to individual parents and provided 1,197 joint mediation sessions for parents in all five Health Trust areas.

And with many separating families facing additional financial worries due to Covid, it’s reassuring to know that FMNI is contracted with Health and Social Care Board to provide this early intervention service free at point of access to those separated parents who choose to be empowered to manage their separation and are not in the court system.

But the impact of lockdown and ongoing government-led restrictions have had a devastating impact on separating families.

Davis says: “Some parents had just separated before March 2020 or separated during Covid-19 restrictions and have been trapped in the same house for months. For many this has exacerbated their problems and it has been difficult to shield the children from the parental conflict and acrimony.

“Communication may be poor, argumentative or non-existent and research informs us that this environment has a negative impact on a child’s emotional wellbeing.” 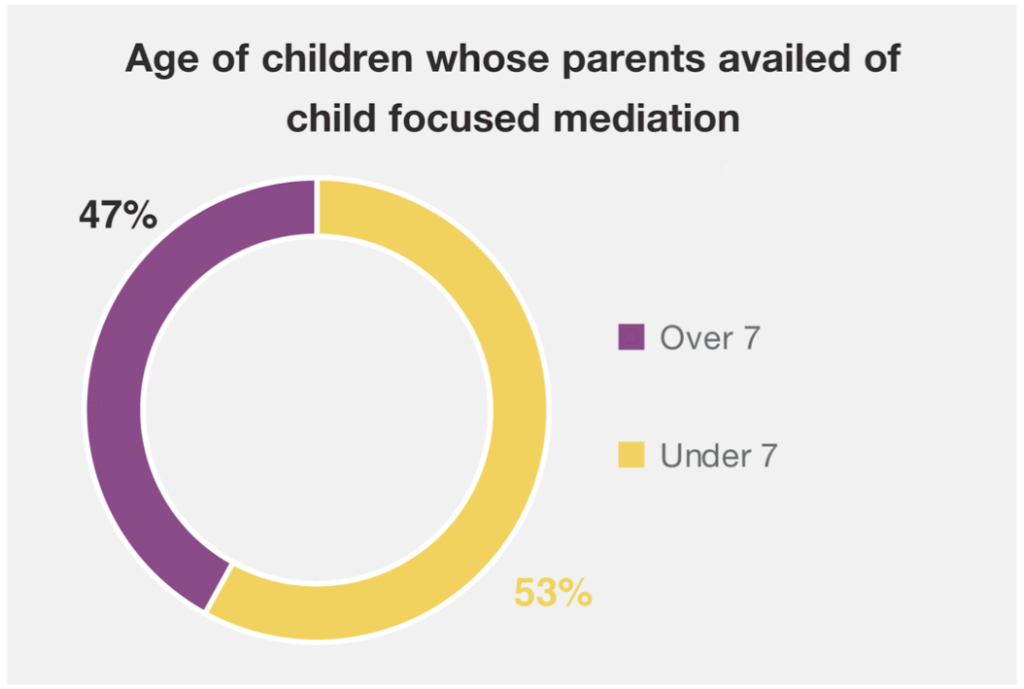 While FMNI has continued to offer its services during lockdown, via online platforms, Davis adds: “The court service was not accessible for six months and is now working through a backlog of family cases, in the meantime the mental health of children and estranged parents is being impacted.”

With UNCRC (United Nations Convention on the Rights of the Child) forming the central pillar to FMNI’s strategy, the charity has developed a child-centric approach whereby professional family mediators work with parents to encourage option generating, negotiation and compromise to achieve their own bespoke agreement. In some cases children may also meet with a specialist mediator, so their voice may be heard within the process.

Many Northern Ireland parents have successfully achieved an amicable co-parenting arrangement after working with FMNI, 93 per cent of clients who engage with the charity would recommend the service, including County Down father Lee who separated from his wife last year.

Having both consulted solicitors on the breakdown of their marriage, Lee said contact with his young son became fraught until both he and his ex-wife sought out the services provided by FMNI earlier this year.

“I had barely any contact with my son for the first few weeks. It was a hostile situation on both sides,” he explains.

However, Lee seized the opportunity to go to mediation on his ex-wife’s suggestion earlier this year: “I was more than happy to go to mediation which I had wanted to do from day one,” he says. “I thought it would be a better way of sorting contact out.”

After five sessions over Zoom the co-parents were able to break the impasse with more positive communication between the two of them which led to Lee seeing his son twice a week with weekends and dates for special outings such as birthdays and Christmas too.

Now, he’s an advocate of the charity, having recommended it to a friend also going through family separation: “My ex-wife and I weren’t speaking to each other but since mediation the difference is unbelievable. It’s moved our situation from being a cold and angry one to being able to talk to one another.”

Communication between the two improved after the first session with the parents’ texting and calling each other regarding child contact.

Despite lockdown Lee and his ex-wife got their first joint appointment with FMNI a month after calling and were happy to use Zoom.

“Usually I prefer face-to-face contact but after 15-minutes on Zoom it felt very natural, and the mediator managed the situation very well.

“Now we’re able to work with each other,” he says.

FMNI, however, always leave the door open for parents to return should issues arise again regarding future co-parenting challenges.

“Agreements made by the participants have a much greater chance of success than those imposed by strangers.”

The charity’s CEO pointed out mediation is often confused with counselling. Mediation is a practical process that is future focussed and seeks to empower parents and has a robust screening and safeguarding policy. The process is voluntary and its doors are open to all who wish to engage. Parents are assessed for suitability for mediation prior to sessions beginning and the process belongs to the parents in the room, mediators are facilitators not advisors and enable adult discussion based on the agenda brought by the participants.

She points out some dads in particular, have been denied access to their children by mums, either through fear of infection or misinterpretation of government restrictions.

“If dad was prevented from seeing his child, with or without a court issued contact order, he had no means of redress and potentially several months whereby a child had not access to one parent with all the implications of potential adverse childhood experiences,” she adds.

Lack of, or poor communication between co-parents is the greatest difficulty facing a family in conflict, according to FMNI.

“If separated parents can’t communicate, misunderstandings and difficulties arise, increasing conflict, which then have a knock-on effect to everything else,” says Davis. “By engaging with the mediation process, parents can learn how to manage conflict and the separation by working together for the benefit of their children.”

And the charity has had to adapt too, successfully transferring most of its mediation sessions online.

“Most of our clients have embraced Zoom, and indeed, are glad they can engage from the comfort of their own home. But others who are not tech-savvy or for some reason cannot engage over Zoom will be seen in person when assessed as safe to do so.”

Family breakdown can be a very stressful time for the whole family but FMNI CEO has a positive message: “Agreements made by the parents have a much greater chance of working than those imposed by strangers, for example, at the end of an adversarial court process.”

She adds: “Parents don’t want to be in conflict, it’s upsetting and potentially damaging for everyone, particularly children, and how much better for the whole family if that conflict can be managed and parents feel better equipped to move forward as separated parents with their child’s well-being at the centre of all communication.

“FMNI exists to offer separated families the opportunity to find their own agreement that is bespoke to the needs of each family and has the children at the heart of the process.” 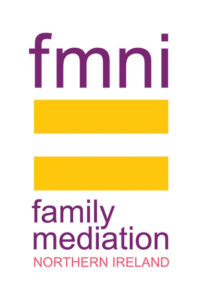