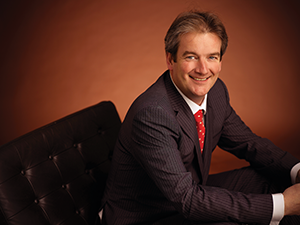 firmus energy Managing Director, Michael Scott, believes government funding needs to be set aside to ensure that lower income and vulnerable households are able to connect to natural gas.

Fuel poverty in Northern Ireland currently sits at 42 per cent and, according to Age NI, has contributed to 2,390 extra winter deaths in Northern Ireland over the last four years. It is recognised by many, including the Consumer Council, that the prevalence of fuel poverty here is mainly due to our over-dependence on oil which is used by three quarters of households.

This lack of fuel choice means Northern Ireland has the highest incidence of fuel poverty in the UK and one of the highest in the EU. There is a strong correlation between fuel poverty and the limited availability of natural gas which can only be accessed by 26 per cent of the population here and fuel poverty stands at 42 per cent, the highest rate in the UK.

Other parts of the UK and Ireland have benefitted from the cost-efficiency and convenience of natural gas for over 40 years while natural gas was only introduced into greater Belfast in 1996 and then into the new gas areas in 2005.

Over the last ten years, firmus energy has invested more than £90 million in the local natural gas infrastructure across the province and connected around 25,000 properties, with demand increasing year on year.

Michael Scott, Managing Director of firmus energy explains: “Natural gas offers environmental benefits, efficiencies and convenience so it is no surprise that government has made the expansion of natural gas networks in Northern Ireland a key priority.

“However, one challenge that many households face is the initial outlay of converting their heating system, which is typically between £2,000 and £3,000, to cover the cost of installing or replacing their boiler, new heating controls and associated works.

“Our research has shown that financing the boiler and heating controls is the number one reason that prevents people from connecting to gas, making the availability of grant support from government and other agencies extremely important. Three quarters of the homes we convert, do so under grant aided incentives. 75 per cent of those who enquire about connecting to natural gas but don’t go through with the upgrade is because they do not qualify for any grant support.”

Since 2010, firmus energy has managed £5.5m worth of grant schemes in partnership with the Northern Ireland Sustainable Energy Programme (NISEP) with a further £1m plus of ‘Home Comfort’ grants recently announced for 2015. Cash-back grants of up to £1800 for a new gas installation are available in addition to insulation measures of up to £800 along with a limited number of ‘free heat’ grants which will cover the full cost of installation.

“Fuel poverty must be addressed and the availability of natural gas is an integral part of a joined up approach by firmus energy, government and the support agencies,” adds Michael. “We are always keen to work in partnership with agencies that are helping to alleviate need and reduce the staggering fuel poverty figure in Northern Ireland.

Over the last ten years we have brought fuel choice to more than 20 towns, cities and villages with thousands of homes and businesses making the switch every year. However, in tandem with this, funding must be set aside to ensure that lower income and vulnerable households are not disadvantaged and grants continue to be available to allow as many people as possible to benefit from natural gas.’’

To find out if you can connect to natural gas, call a firmus energy customer advisor on 0800 032 4567 or visit www.firmusenergy.co.uk