Ambitions to enhance Northern Ireland’s production agriculture have fallen short of targets, however, the return of devolution has provided fresh impetus in growing the agri-food industry.

In 2013, the Agri-Food Strategy Board (AFSB), established jointly by the then Ministers for Agriculture and Rural Development and Enterprise, Trade and Investment, to recommend longer term actions required to assist the sustainable development of the agri-food industry, launched its Going for Growth action plan.

If fully implemented, the plan set out to see farming and food grow annual sales to £7 billion; increase employment levels to 115,000; expand sales outside Northern Ireland to £4.5 billion and also secure £1 billion of total added value of products and services from local farming and food companies, all by 2020.

That was then. The food and drink industry in Northern Ireland is currently a £5 billion industry. So, the targets set, courtesy of Going for Growth, have not been met. Those involved in the development of the plan will quickly point to the demise of the Stormont institutions in early 2017 as the main reason why this has turned out to be the case.

That said, the recent political deal, which has seen the resumption of the work carried out by both the Assembly and Executive, has given fresh impetus for those involved as stakeholders within the farming and food industries to re-visit Going for Growth.

Organisations such as the Ulster Farmers’ Union and the Livestock and Meat Commission have already kick started a fresh debate on the current relevance of a new, over-arching food promotion body for Northern Ireland. This was one of the key action points emanating from Going for Growth.

However, irrespective of what happens at a political level, international factors will continue to impact on the development of production agriculture a sectoral level.

Milk is a case in point. Dale Farm Group CEO Nick Whelan spoke at the recent College of Agriculture, Food and Rural Enterprise (CAFRE) dairy conference. He attended the event in his capacity as a board member of Dairy UK.

His clear assertion was that the medium to long-term outlook for the milk sector in Northern Ireland remains extremely positive, adding: “This is a time of tremendous change for farming and food. There will be 10 billion people on this planet by 2050. As a result, an agricultural revolution will be required to meet the demand for food that will be created in a sustainable manner.”

Specifically, where dairy is concerned, he points to a change in consumer behaviour, which will dramatically change buying habits over the coming years.

“We are talking about Generation Z, in other words, those born in the late 1990s and the early years of the new millennium. Currently, 32 per cent of the UK’s population fit-in to this category. Young people are very concerned about animal welfare and the environment. Although, significantly, they put animal welfare ahead of climate change when it comes to determining their buying habits,” he explains.

In light of these issues, Whelan stresses the need for dairy farming in the UK to go on the front foot and believes that progress is already being made in this regard, such as in the area of antimicrobial resistance (AMR), with antibiotic sales falling fast within agriculture. 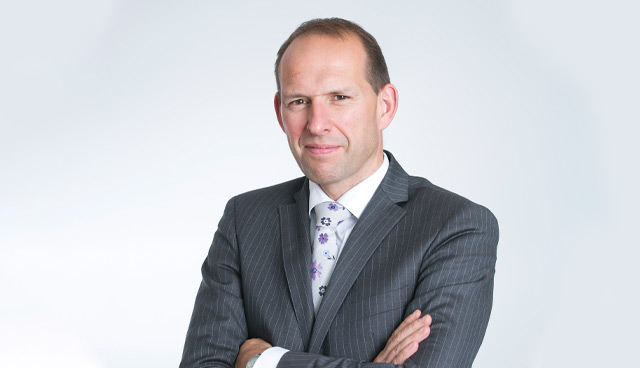 The food industry must demonstrate key ambition in the areas of food productivity, training and skills. The industry needs to come up with a production system that supports sustainable intensification.

Whelan also sits on the UK Government-appointed Food and Drink Sector Council, which is expected to publish a report on the long terms needs of UK farming and food later this year.

“The food industry must demonstrate key ambition in the areas of food productivity, training and skills. The industry needs to come up with a production system that supports sustainable intensification,” he states.

The challenge of delivering on farm sustainability in Northern Ireland was one given to an expert working group, consisting of farmers, environmentalists, officials and food processers, chaired by former Ulster Farmers’ Union President Dr John Gilliland. The group’s initial report contains several recommendations on how best to support productive agriculture, whilst improving environmental performance.

The proposed strategy calls for a culture of behavioural change created by the provision of personalised information to empower farmers through measuring and managing the performance of their land.

“We want to see changes in how government regulates and advises farmers on the environment,” says Gilliland.

“Too many farmers associate the environment with regulation and penalties leading to a culture of fear. We want farmers to recognise that so much of what is good for the environment is also good for farm businesses and that the environment can be a profit centre and not just a cost centre.

“We strongly believe that government should take an advocacy first approach to improving environmental management on farms. Providing advice and guidance to farmers on how to correct environmental issues should be the initial priority with regulation and enforcement undertaken only where they are needed. Improving the health of Northern Ireland’s agricultural soils is the central focus of this strategy.”

According to Gilliland, healthier soils will deliver better yields of crops and grass which are higher in quality.

“This will provide the raw material necessary for the increased productivity and profitability envisaged by Northern Ireland’s Going for Growth strategy, where farming and food are concerned, while also delivering environmental improvement,” he explains.

It is also becoming clear that maintaining the highest possible animal health standards on local farmers will both help boost overall farm output. Northern Ireland’s Chief Veterinary Officer Robert Huey says that “farming and food in Northern Ireland must export to survive”, adding that success will only be achieved by maintaining the highest levels of biosecurity on farms.

“Our island status on the western seaboard of Europe gives us a tremendous advantage, where this matter is concerned… we cannot be complacent. Infected food imports represent a tremendous risk for our entire farming and food sector,” he states.

Huey makes reference to the significance of farm biosecurity by highlighting the severity of damage that has been caused by the current African Swine Fever (ASF) outbreak in China. It’s likely that China will have to cull one quarter of the world’s total pig population to get on top of the problem.

While an advantage may be seen in China’s subsequent need to import pork and therefore an increase in international pig process, there are also concerns. Inspectors at Northern Ireland’s two airports found 300kg of illegally imported meat and dairy products in passenger luggage in June of last year, samples of which contained traces of ASF genetic material. The impact for the entire for the farming and food sector if this disease was to secure a foot hold here are obvious.