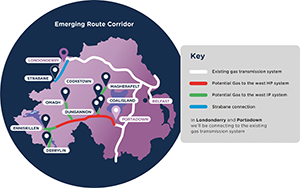 Gas to the West is a major energy infrastructure project to extend the benefits of natural gas to thousands more homes and businesses in the west of Northern Ireland.

Following an open competition process, Mutual Energy Limited and SGN were delighted to be awarded licenses by the Utility Regulator for Northern Ireland to build and operate the high pressure and low pressure gas pipelines to bring natural gas to the towns of Coalisland, Cookstown, Derrylin, Dungannon, Enniskillen, Magherafelt, Omagh and Strabane, from 2016 onwards.

Mutual Energy Limited (MEL) is an established and substantial player in the Northern Ireland energy sector. As a mutual, the company has no shareholders – all profits and savings are for the long term benefit of Northern Ireland customers.

SGN is a major player in the UK energy market and owns two of the eight gas distribution networks in Great Britain. The company operates some 74,000 km of gas mains and infrastructure and delivers natural gas to approximately 5.8 million domestic and business customers across central southern and south-east England and throughout Scotland.

The company has been an active participant in the development of the gas market in Northern Ireland since 2005 and SGN teams were responsible for commissioning the existing major transmission pipelines. SGN has been providing technical expertise to Bord Gáis, firmus energy and Mutual Energy for many years, providing maintenance, emergency response and gas control services. 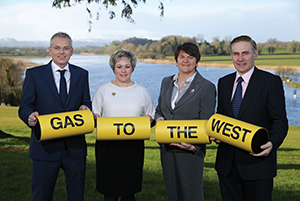 Mutual Energy will own and operate the high pressure pipeline, which will be constructed by SGN – essentially this is the cross-country pipeline which will take gas from the existing network to the ‘town gates’. SGN will thereafter provide maintenance and other services to Mutual Energy. SGN Natural Gas, a new company within the SGN Group, will own and operate the mains, services and meters within the eight licensed towns.

The Mutual Energy – SGN partnership already have a successful track record of working together in Northern Ireland and bring a range of benefits drawing on the complementary skills and strengths of the two parties.

Gas to the West: the project

The Gas to the West Project was formally launched at an event in Enniskillen on 4 March 2015 marking a major milestone in the project. Then Minister for Enterprise, Trade & Investment, Arlene Foster, MLA was the guest of honour at the launch, which was also attended by other local elected representatives, Council officers, and representatives of businesses in the area, as well as the local media.

•   Construct approximately 500km of gas mains and services within the towns

•   Up to 40,000 domestic and business customers to be connected to natural gas

The £250m investment in Gas to the West will support around 200 jobs during the construction phase. Thereafter the new gas infrastructure will sustain a significant number of ongoing jobs for installation sub-contractors and other related functions.

The map shown sets out the emerging route corridor for both the high pressure (transmission) pipelines (HP) and the intermediate pressure (distribution) pipelines (IP) which will bring gas to homes and businesses within the individual towns.

This route will be refined further as a result of detailed environmental impact assessment work (which is ongoing) and as a result of consultation with the local community.

Construction work is scheduled to begin in the Strabane area in autumn 2015. Prior to this there will be activity in the area as we talk to landowners and carry out ground and environmental surveys.

Dalcour MacLaren has been appointed as land agents for the Gas to the West project and have been engaging with land owners who may be affected by the pipeline route since early 2015.

To date we have identified in the region of 550 potential land parcels and would like to thank land owners for their cooperation.

RPS has been appointed as environmental consultants for the project which is subject to a 12 month environmental impact assessment period.

RPS has begun work carrying out environmental surveys of the affected land parcels and this will continue until February 2016. This work will be key in terms of informing the final route corridor.

We aim to consult fully with the local community on our plans and will carry out an extensive formal pre-application community consultation exercise taking place during autumn 2015 and spring 2016. This will include a series of public information events where anyone with an interest in the project can come along and speak directly to key members of the project team.

The project partners, together with their consultants, are looking forward to working with all of our stakeholders over the coming months and years as we make this significant investment in Northern Ireland’s energy infrastructure, bringing economic benefits and growth opportunities to the wider region. 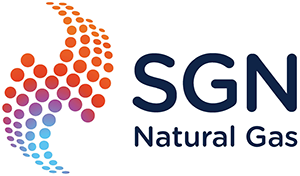