Local agri-food leaders are extremely dubious of Prime Minister Boris Johnson’s assertion that there will be no trade barriers between Great Britain and Northern Ireland beyond Brexit.

The working assumption is that the attainment of a comprehensive agreement between London and Brussels will settle many of the possible hurdles that could exist otherwise. However, the betting money is firmly on the two sides not being able to settle this matter before 31 December this year.

Checks on imports from Great Britain to Northern Ireland already exist. For example, all cattle brought into Northern Ireland from the rest of the UK are individually inspected on arrival at Larne. This is to ensure compliance with the common animal health regulations that have existed on the island of Ireland for many years.

All parties involved in the upcoming UK/EU27 trade talks agree that the issue of dealing with Northern Ireland must be treated with extreme sensitivity. But already the EU is saying that Brussels will not turn a blind eye to any ‘sweetheart deals’ that would see its own regulations and standards tampered with where Northern Ireland is concerned simply to get an overarching trade deal with the UK over the line.

EU Trade Commissioner Phil Hogan has already made it clear that if the UK deviates from the standards and regulations established for the EU’s single market then checks on agri-food products coming into Northern Ireland from Great Britain will be subject to inspections. This reflects the fact that Northern Ireland constitutes the UK’s land border with the EU and free movement of goods will be facilitated on the island of Ireland courtesy of the overarching Brexit withdrawal agreement.

Hogan has also indicated that the end of October will be the cut-off moment for the UK and the European Union to finalise whatever agreements they can reach in 2020.

“It will take at last two months for the European institutions to agree on whatever regulations will come in to force at the beginning of 2021,” he says.

He would not be drawn on what will be the EU’s priority areas for negotiation when the trade talks get underway. However, the Commissioner is open to talks being continued beyond the end of this year.

He is also of the view that the UK will not be in a position to enter into formal trade talks with other countries around the world, until its trade negotiations had been finalised with Europe.

“The likes of the United States will not want to do a trade deal with the UK until Washington has assessed the full impact of the trade deal reached between London and Brussels,” explains Hogan.

The current thinking is that comprehensive free trade deal between London and Brussels sorts out the lamb issue. However, it may not sort out the dairy conundrum, particularly if the UK deviates in any way from the EU’s food traceability standards post-Brexit.

Northern Ireland’s animal feed compounders are particularly exposed to the ‘wrong’ Brexit deal. Millers imports large quantities of cereals and proteins from across the EU and beyond. In addition, many of these businesses have customers on both sides of the border.

NIGTA’s Robin Irvine points out that the border in the Irish Sea will create an additional administrative burden for materials or product entering Northern Ireland from the rest of the UK. The potential for further complication in terms of different duties applied to this trade will depend on whether the UK can negotiate a deal with the EU over the next 12 months or so.

NIGTA members are also highlighting the advantage of the agreement over a no deal outcome. This centres on the fact that Northern Ireland will remain in regulatory alignment with the European Union, with access to the single market for the foreseeable future, while the rest of the UK will seek to pursue new trade deals and will be free to develop their own regulatory rulebook. 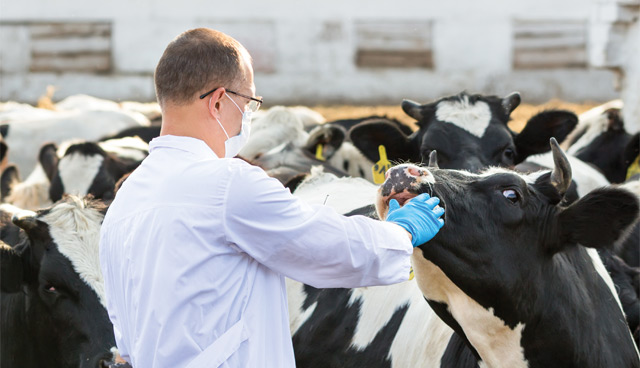 It will be important for local representatives to have access to the various EU rule making bodies and the communication with Brussels will be essential.

While local farmers and businesses will continue to conform to European standards for at least four years (with a further two-year withdrawal period should the Northern Ireland Assembly decide to end the arrangement), there is no indication that they will continue to enjoy the EU system of farm support.

The £240 million of single farm payments, which is essential to the viability of local farming, may be lost in favour of unspecified and unquantifiable package of incentives for environmental protection.

A major NIGTA concern in all of this centres on the question: how can Northern Ireland businesses engage with the EU when the rest of the UK has withdrawn? The UK Government has already removed their civil servants from Brussels and UK agencies will no longer be eligible for membership of many European committees and forums across a wide range of activity.

“We will be subject to EU regulation, but with no voice at the table when these regulations are being discussed and negotiated. Any divergence between UK and EU regulation has the potential to create distortion in the market and we need to be able to exert some influence to ensure a level playing field, says CEO Robin Irvine.

“It will be important for local representatives to have access to the various EU rule making bodies and the communication with Brussels will be essential. New bodies and structures, taking a pragmatic approach at an all-island level will also be required to make things work when we can no longer look to London for direction.”

Irvine adds that a major concern for the agri-food sector is the potential for the UK Government, with its substantial majority, and so, not depending on support from the rural areas or from the minor parties, to enter into trade deals which would allow the UK to significantly increase the import quota of cheaper food while still requiring the high welfare and regulatory standards for home produced product.

“This cheap food will be enthusiastically welcomed by the electorate but could be devastating for a region like Northern Ireland where we depend on exporting the vast majority of what we produce. Northern Ireland has a population of less than two million people but we produce meat, milk and eggs for almost 10 million consumers.

“The natural market for this product is mainland UK. However, if this market is devalued by open access to imports and competition from low cost regions such as South America, Northern Ireland producers will be glad that they still have access to Europe’s 450 million consumers and the challenge will be to refocus the business model beyond the UK shores.”