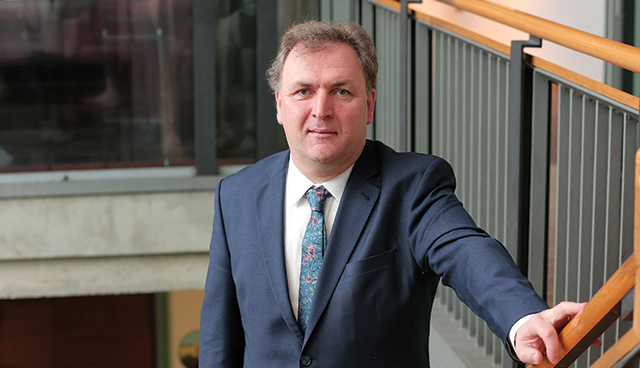 Professor of European Politics, Queen’s University Belfast,  David Phinnemore believes that the space exists for Northern Ireland to secure a unique deal to help mitigate the impact of Brexit.

Speaking after the visit of the European Parliament’s Brexit negotiator, Guy Verhofstadt to Belfast last month, DUP MEP Diane Dodds stated “we will not countenance a solution that makes us different” from rest of UK.

The statement was in response to Verhofstadt reaffirming the position laid out by chief negotiator Michel Barnier that the UK must propose “flexible and imaginative” solutions to the Irish situation, one of three key areas in which there needs to be sufficient progress before negotiations can begin on the future relationship between the EU and the UK.

While it is clear that the DUP oppose a ‘special status’ for Northern Ireland, Phinnemore believes the potential still exists for the implementation of a deal unique to Northern Ireland.

“No one is going to call it special status,” he explains. “However, what we have got in the European Council’s guidelines and the Commission’s negotiating mandate is a direct reference to the uniqueness of the island of Ireland and an explicit statement saying that ‘flexible and imaginative’ solutions will need to be found.

“It’s important to note that reference of this term is only used in the context of Ireland, including but not exclusively on the border. David Davis has used similar language around the future UK and EU relationship but the European Commission’s mandate is clearly in relation to the island of Ireland; it’s also reflected across the EU’s institutions, where there is significant buy-in to the idea.”

Phinnemore points out that the recent DUP manifesto, while portraying a clear pro-Brexit stance, also underlined a desire to retain an open border and not to have high-level disruption in Northern Ireland.

“The DUP are backing the withdrawal and have vowed to support the implementing legislation but I don’t think the DUP have been clear on what sort of future relationship they are willing to see with the EU.”
Phinnemore was speaking against a backdrop in which it appears increasingly likely that a transition arrangement will be established between the EU and the UK as the timescale for full withdrawal narrows, believing that the form of an arrangement would look very similar to the current status quo. Remaining in the single market and customs union would go a long way to ease many of Northern Ireland’s current Brexit problems, however, the unlikelihood that the UK would stay in the Common Agricultural Policy (CAP) would undoubtedly cause disruption for the agriculture sector.

Illustrating an example of ‘flexible and imaginative’ thinking that could prove beneficial, he says: “One suggestion put forward has been free trade on agri-goods just on the island of Ireland. If we in Northern Ireland were to maintain EU standards on animal and plant health, then the space exists for this to be possible.”

Addressing the assertion that such a deal would contradict the stated unionist desire to not be differentiated from the rest of the UK, Phinnemore says; “With all due respect to unionism we need to recognise that we already treat ourselves differently under the devolution arrangements. We have different policies in place to reflect the particular needs and aspirations of Northern Ireland. I think there is a bottom line that the UK will be leaving and as such the UK is not under threat as a direct consequence of Brexit. The challenges of Brexit are particular here and therefore need particular solutions.” 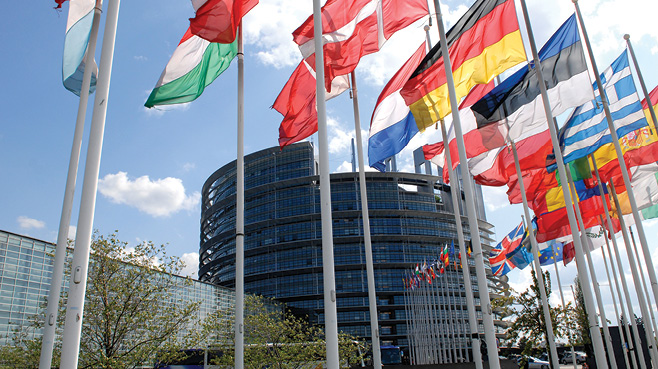 Phinnemore doubts that sufficient progress will be made in the negotiations by the October European Council to allow movement on to phase two on the future UK-EU relationships. He observes that while some progress has been made on citizen’s rights and in relation to the Common Travel Area and Good Friday Agreement in Ireland, no movement has taken place on the financial settlement. Overall, short of dramatic development, it is unlikely that the EU will deem that ‘sufficient progress’ has been made. In effect a unanimous decision of the EU-27 will be needed.

He explains: “The language of the EU to date has been that they adopted the guidelines with 27 member states agreeing them and so agreement on whether sufficient progress has been made will probably have to come from 27 member states. Although the legal basis may mean that they only need to have a qualified majority, they are trying to proceed by unanimity. Technically Ireland doesn’t have a veto, but it’s very difficult to envisage a decision being taken that sufficient progress has been made on the Irish issues without the agreement of Ireland.”

Although encouraged by the British position papers on Ireland in their recognition of key issues that need to be addressed, he concurs with the EU assessment that the proposals generally lacked substance and there were far too few proposals for solutions or actions.

“Around the Good Friday Agreement and the Common Travel Area there was some very positive language on upholding and ensuring their effective implementation but while the principles are good there is very little in terms of actual action being envisaged. The UK appeared to buy in to the EU’s flexible and imaginative language but only in the context of the border, not the whole range of issues to be addressed. Whether that was by accident or design is unclear but we know that there are at least 150 areas of all-island co-operation or potential all-island co-operation where the UK need to look at and propose some actions.”
Asked whether Northern Ireland was being hindered by a lack of a working Executive during these discussions, Phinnemore doesn’t agree with the perception that Northern Ireland is not being represented.

“I would be wary of creating a situation whereby we raise expectations that an Executive could deliver a clear plan and if it doesn’t do it, the opportunity is missed to deploy other means for what would be in the best interest of Northern Ireland.”

In conclusion, Phinnemore reaffirms his belief that a transition period will be necessary to bridge the gap between withdrawal and the new relationship being established and that the political will exists for Northern Ireland to be handled in a unique fashion post-Brexit.

Asked whether he thinks the completion of a deal between the UK and the EU is feasible, he replies: “I would like to think a pragmatic approach will come through and it is difficult, to my mind, to see no agreement being reached.

“As time goes on I think it is becoming clearer to the UK that the extent to which the EU can, or is willing to be, flexible on the future UK-EU relationship is limited. I think the British are effectively going to have to accept one of the existing models, possibly slightly adapted, as the basis for the future relationship. A big part of this will be how this can be sold within the Tory party. I think with greater management and more businesses putting their heads above the parapet highlighting the need for greater continuity and a degree of certainty, pragmatism will affect more people in the Conservative Party.”