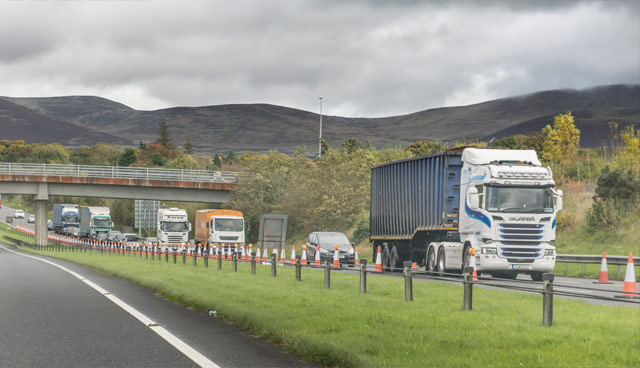 The future for cross-border trade in agri-food products goes to the very heart of the Brexit dilemma facing the island of Ireland. Both jurisdictions will be exposed in equal measure to the vagaries of whatever final deal is arrived at.

From a Northern Ireland perspective, the following statistics are of note. Up to two billion litres of milk, produced in the north, are brought south for processing on an annual basis. In addition, half a million sheep travel in the same direction for slaughter, while the equivalent number of finished pigs are imported from the Republic of Ireland for final processing, mostly in Cookstown.

This is only the tip of the iceberg. Most food companies in Northern Ireland operate on an all-island basis with many sourcing their raw materials from local farmers. The greatest concern for Northern Ireland’s farming and food sectors is a no deal Brexit.

Significantly, the hierarchy of the Northern Ireland Food and Drink Association (NIFDA) believes that the draft Brexit agreement reached between the UK’s Prime Minister Theresa May and the EU-27 can deliver for local farmers and processers.

NIFDA chairman Brian Irwin regards it as a positive development in the ongoing Brexit negotiations, adding: “We would be hopeful that this will enable more substantive talks around our future trading relationship with the EU.

“We must be clear on the fact that a no deal outcome would be disastrous for Northern Ireland, particularly for the agri-food sector. We simply could not absorb increased customs, tariffs and regulatory costs on trade between Northern Ireland and the EU.

“Recent government analysis estimated that in a no deal scenario, the agri-food sector would take the brunt of the damage, with NI goods exports falling by up to £1.1bn annually compared to a backstop scenario.

“Whilst this agreement may not be perfect, and further clarification on certain aspects will be required, it is vastly preferable to a no deal scenario and offers us an effective insurance policy in the interim period until a new trading relationship is agreed.”

Irwin continues: “A UK-wide solution that avoids a hard border and allows Northern Irish firms frictionless access to markets in Britain, Republic of Ireland, and the European Union offers our members the best chance of surviving in a post-Brexit world.”

The Democratic Unionist Party (DUP) has made it quite clear that Northern Ireland must be treated no differently from any other region of the UK when it comes securing a final settlement. It doesn’t want a hard border in the Irish Sea, where agri-food products are concerned. Nor does it want a return to a hard border on the island of Ireland.

The party’s agriculture spokesman William Irwin MLA says that cross-border movements in milk and livestock would remain unfettered, irrespective of what Brexit deal is finally arrived at.

“No one wants a hard border on the island of Ireland,” he says. “On that basis, I am confident that some arrangement will be arrived at to ensure that current cross border trading practices in livestock and agricultural produce will be maintained.”

CBI NI Director Angela McGowan says: “Companies across Northern Ireland simply could not cope with a no deal Brexit. Such a scenario would risk jobs, investment and living standards. This latest agreement between London and Brussels provides local firms the potential for a guaranteed transition period and an assurance that their supply chains will not be disrupted under any future scenario. If ratified, this withdrawal agreement should provide a degree of certainty to the business community that Northern Ireland’s economy will ultimately be protected.”

Ibec Director of Policy Fergal O’Brien adds: “Protecting the benefits of the 1998 Belfast Good Friday Agreement and the all island economy as the UK leaves the EU is vital. The deal includes very welcome provisions to minimise disruption to all island economic activity and avoid a hard border. This will benefit businesses in Ireland and Northern Ireland and will safeguard thousands of jobs and livelihoods across the island. Swift ratification is vital.”

Meanwhile, the Ulster Farmers’ Union (UFU) has given a cautious welcome to the draft Brexit deal struck between Theresa May and the EU 27. According to Union’s policy analysts, the agreement would ensure free and frictionless trade with the EU as well as ensuring that goods from Northern Ireland would have unfettered access to Great Britain. It also ensures minimal disruption to the long-standing relations between Northern Ireland and the Republic of Ireland. 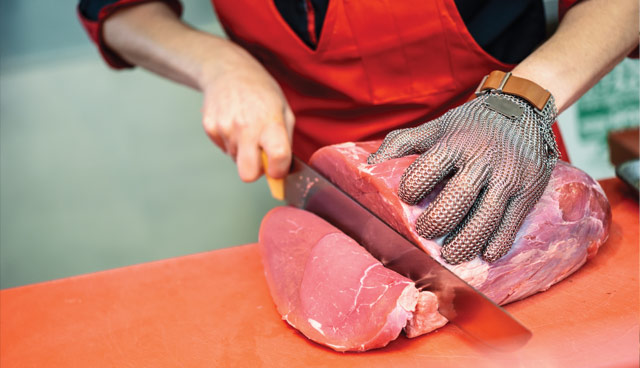 The UFU has also pointed out that a no deal Brexit would be a disaster for farming in Northern Ireland.

“We are focused on what is best for the future of our family-run farm businesses. Right now, the two options are this deal or no deal. If there was another option on the table, we would consider it,” says Union president Ivor Ferguson.

According to the UFU, a no deal scenario would introduce steep EU tariffs on agriculture goods from the UK, effectively pricing the agri-food industry out of the market. Additionally, in the effort to deliver on the UK’s commitment to keep food prices stable for consumers, the Government could opt to offer lower import tariffs. Under WTO rules, this would have to be available to trading partners across the globe.

“In that case, we end up with a market flooded with cheaper, lower standard food imports. Farm gate prices would be undercut and local farmers would become uncompetitive,” adds the UFU president.

However, it is the uncertainty of what a final Brexit deal will look like that is really concerning those business people who will have no option but to make cross border trade a reality over the coming years.

Lakeland Dairies’ chief executive Michael Hanley has called for clarification on how cross-border trading arrangements will be sorted out for his sector once Brexit becomes a reality.

His call reflects the fact that extremely significant volumes of milk produced in Northern Ireland go for processing across the border on a daily basis – and then comes back again in processed form.

It also takes account of the reality that a high proportion of the dairy processing operations on the island of Ireland are now run as cross border ventures.

“Give us the rules of engagement,” says Hanley. “We are simply looking for clarification on how milk processing businesses with a significant cross border dimension to their operations can operate post-Brexit.”

Hanley’s call was a response to information leaflets from the UK Government on how local businesses should react to a no deal Brexit. In essence, they advise affected companies to get in touch with the Dublin authorities.