Some of Northern Ireland’s hardest hit economic sectors by the Covid-19 pandemic are to be dealt a further blow by a recruitment crisis driven by barriers to migrant labour, writes David Whelan.

Efforts to support those sectors worst affected by the virus and subsequent measures to contain it will be undermined by the UK Government’s failure to recognise the unique make-up of Northern Ireland’s labour market.

With the UK having now officially left the EU, changes to the immigration system will take place from 1 January 2021 and the UK’s proposed approach will be detrimental to ambitions to drive economic recovery in Northern Ireland.

In four months’ time, free movement rights will end for UK nationals travelling to the EU and vice versa, as the new UK points-based immigration system comes in to play. However, two years of lobbying by industry in Northern Ireland about their unique requirements to access to migrant labour appears to have fallen on deaf ears as the Government pushes ahead with a blanket approach for the UK.

In early 2020, the Migration Advisory Committee (MAC), an independent, non-departmental public body that advises government on migration issues, produced a range of recommendations prior to workers from the EU joining the current system of skilled migrants from outside of the EU in 2021.

The most significant of these recommendations, and one adopted by the Government, was a lowering of the salary threshold from £30,000 to £25,600, however, the MAC advised against a regional variation salary threshold, believing such a move would risk labelling some places as low wage and “reinforcing geographical inequalities”.

The fact is though, that Northern Ireland is very much ‘low wage’ when compared to its UK counterparts and geographical inequality exists. Ironically, access to skilled labour and addressing skill gaps in the labour market is a major pillar of ambitions to grow Northern Ireland’s economy and address geographic inequality.

The median pay for EU26 workers in Northern Ireland is £18,000, significantly below the £25,600 threshold. The importance of access to migrant workers from the UK was highlighted by a report by the Department for the Economy in March 2018, which calculated that all employment recovery in Northern Ireland over the past decade was driven by migrant workers from the EU.

The sectoral impact of these restrictions is set to be varied. Data from the Department for Agriculture, Environment and Rural Affairs (DAERA) and the Labour Force Survey (LFS) show that in Northern Ireland, EU migrants account for 40 per cent of employees in food manufacturing, 16 per cent in manufacturing overall and 8 per cent in distribution, hotels and restaurants – all of which are large employment areas but which have average wages below the Northern Ireland economic average.

Forecasts done by Oxford Economics, prior to the pandemic, estimated that the salary threshold would reduce employment levels by almost 2 per cent (17,100) by 2030. Even prior to the threshold coming into force, Northern Ireland was already experiencing a shortfall in EU migrant labour as a result of the uncertainty caused by Brexit. Recent figures from NISRA illustrate a reduction of 24 per cent of EU26 born people employed in Northern Ireland since early 2016 to early 2020.

The MAC did reference Northern Ireland’s unique position of sharing a land border with Europe and its distinct labour market by recommending “special consideration” be given, but the UK Government failed to acknowledge this in its changes.

The significance of EU migrant labour restrictions for Northern Ireland’s efforts to rebuild and grow the economy for the future is highlighted in predictions that 26,300 people per year will be required from education or migration to 2028 to meet future demand. Around 70 per cent of these will be required to replace existing workers, with the rest due to business growth.

Health, undoubtedly the sector most directly impacted by the pandemic, provides a prime example of the detrimental impact the wage threshold will have. Around 7 per cent of Northern Ireland’s health and social care services are EU26 nationals and evidence submitted by the Department for the Economy to the MAC, prior to its recommendations, stated that of the many roles within HSC in Northern Ireland, which will now fall within the Tier 2 visa system, the vast majority would not reach the minimum salary, even with the 20 per cent discount offered for jobs on the UK’s shortage occupation list (SOL). 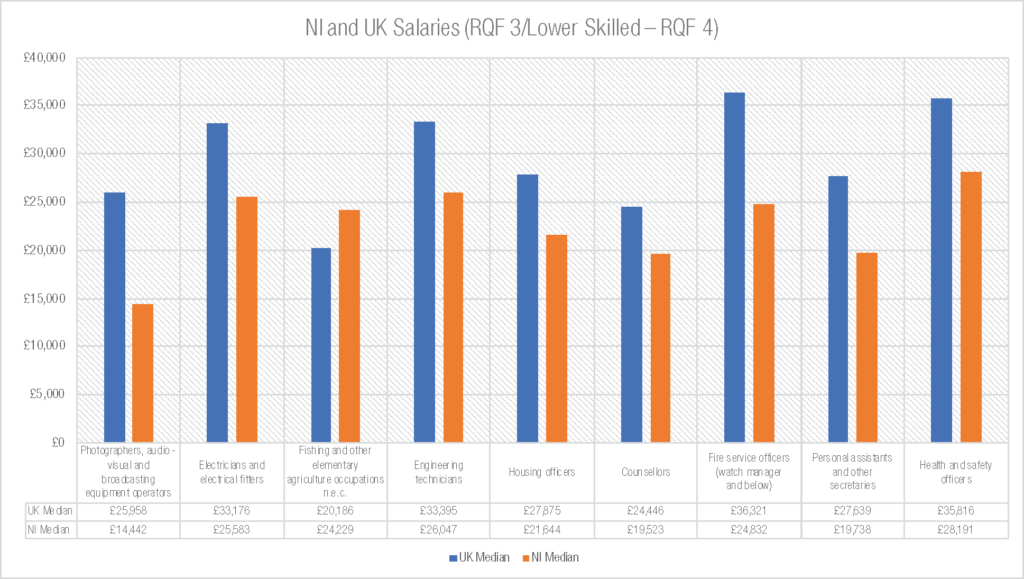 This means that many EU26 nursing supports and social care workers, both areas with significant vacancy rates, will not meet all of the Tier 2 criteria. The knock-on effect, as highlighted by the Department, is that vital services will be relying on a smaller, local only, applicant pool and be without a stable and well-resourced support service, “seriously compromising” the health and social care system.

A Northern Ireland specific SOL list or an expansion of the UK’s list, to address needs in Northern Ireland, was the focus of evidence of Economy Minister Diane Dodds in her written submission to the MAC. Dodds’ Department is currently formulating a future long-term skills strategy for the region and the critical role of EU migrant labour to the economy will not be lost on the Brexit-supporting former MEP. 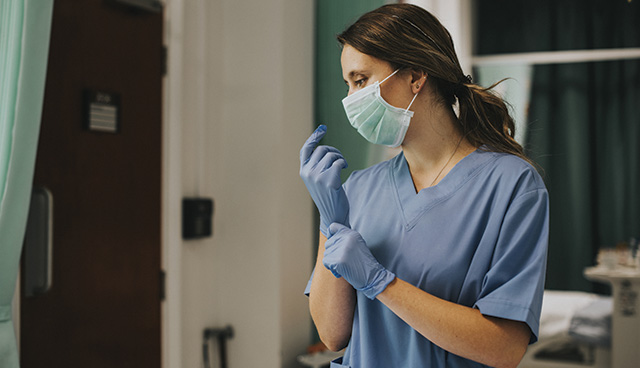 Inclusion in the SOL list and the 20 per cent salary deduction requirement that comes with it would mean that the salary threshold could be reduced to £20,480 – a figure still out of reach for many of those EU migrants required to fill the lowest paid jobs in Northern Ireland.

SOL is the only element of the points-based system where there is the flexibility to consider the different occupational needs of Northern Ireland and the other devolved nations within the UK system.

The reality is that the Government’s scheme is ignorant of Northern Ireland’s labour market and its contribution to the economy. At a time when global health crisis is manifesting itself into a deep economic recession, limitations on the skills needed to combat economic downturn will be detrimental. Sectors already deeply damaged by the pandemic response, such as tourism, hospitality, manufacturing and health and social care, now face the prospect of a recruitment crisis. This would undermine any of the supports currently being deployed to rebuild these sectors in Northern Ireland.