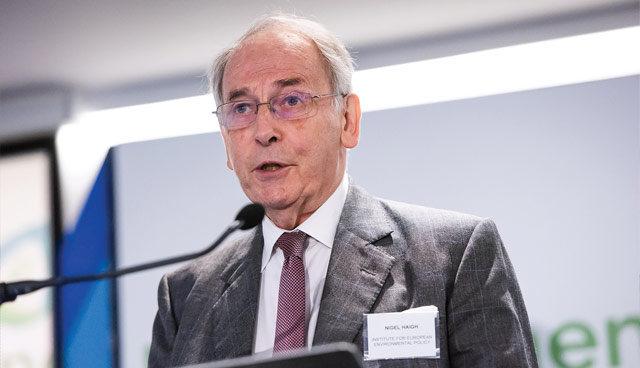 Speaking ahead of the publishing of the draft Withdrawal Agreement and its subsequent superseding of the Chequers White Paper, Nigel Haigh, Honorary Fellow and former Director of the Institute for European Environmental Policy (IEEP) and author of ‘EU Environmental Policy: Its Journey to Centre Stage’, offers a forecast on the future of European environmental policy post-Brexit.

According to Nigel Haigh, Brexit presents the United Kingdom and its European neighbours with four distinct possibilities. There is the ‘Norway style’ departure from the European Union, dismissively referred to by the Conservative right as ‘Brino’, or ‘Brexit in name only’. There is a negotiated Brexit, evolving out of the Chequers whitepaper, spelling out future relations in some detail. There is the ‘blind Brexit’ outcome, in which future relations will be fudged. The final outcome is the feared prospect of a no deal Brexit, which would see the United Kingdom crash out of the European Union without agreement. Haigh warns that this fourth outcome would “clearly be a disaster for everyone”.

The Irish border is highlighted by Haigh as the key stumbling block halting any prospective Brexit deal. “This continues to be the rock on which the Brexit negotiations may flounder. If there is no agreed way to keep it open, we are faced with only one possible outcome: no deal,” outlines the policy expert, highlighting the deal-breaking question of Ireland’s 310-mile-long border. “No deal means a hard border, and no transition period. The Chequers white paper attempts to keep the border open. However, even its common rulebook for products crossing the border is too much for the hard Brexiteers, who will vote against it with no workable alternative.”

It is noted that the European single market “was always more than just an economic project”. Ireland is offered as an example: the overlapping, cross-border nature of various industrial sectors is frequently taken for granted, with waste operators routinely taking waste across the border every day. “What would Monnet have said about the single market? Could he conceivably have said it would so intertwine economies of member states, that it would be impossible for anyone to leave it? That would be going too far, but the two years since the referendum have proven that it isn’t as simple as some Brexiteers have made it out to be. It is, in fact, extraordinarily difficult,” states Haigh. “Certainly, Brexit will cause pain, and Ireland is the member state which is set to suffer most significantly.”

Where Ireland is set to absorb much of the economic impact of Brexit, environmental management across the island is highlighted as a sector at particular risk of disturbance. “North-south cooperation has long been underpinned by EU rules and EU money. Let us take stock of the EU’s achievements in the last 40 years. We all know it has brought weaker states closer to the standards of the stronger states. The EU has promoted economies of scale, and countries have learnt from each other’s policies with the benefit of data from the European Environment Agency. The EU has created other EU wide institutions, such as the chemical agency in Helsinki and the IPPC bureau in Seville, which provides guidance on the best industrial practices,” explains Haigh.

“More importantly, the EU has had a global impact. EU environmental policy is now the most mature and coherent in the world and is regarded as the point of reference by other countries. It has influenced global treaties on the ozone layer and climate change, and many countries are now modelling their chemical laws on the EU’s reach. To sum it up, the EU has enabled the member states to achieve results which they could have never achieved on their own,” he adds.

Haigh turns to the single market as his next example of one of the EU’s greatest achievements and attempts to dispel some myths about the concept: “People think it’s all about trade and nothing to do with environment. They are wrong; they are closely intertwined. The UK Government wants frictionless trade and an open border, but it also wants to take back control of its laws, so they can diverge from EU laws. There’s obviously conflict here around which laws the UK will have to stay aligned with to keep the border open and ensure frictionless trade, and that includes environmental laws.” 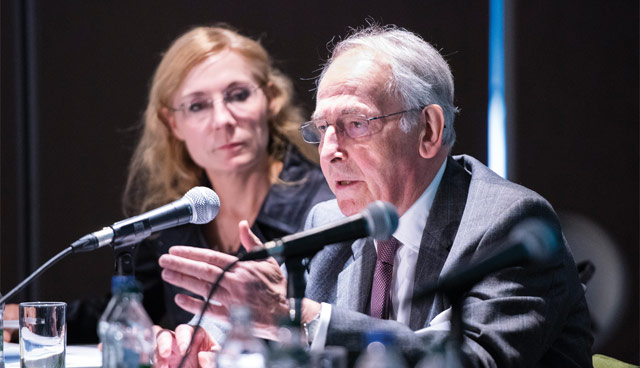 “People think it’s all about trade and nothing to do with environment. They are wrong; they are closely intertwined.”

The environmental policy expert continues his analysis of the single market, claiming that it “goes well beyond requiring no tariffs and uniform standards for products”. According to Haigh, it also seeks a level playing field in other ways. “Norway, for example, has to stay aligned with nearly all EU environmental laws so as to be part of the single market. The Chequers White Paper only conceded that some food and standards must be aligned, without saying which. it is likely the EU will insist that other standards are also met, including industrial emissions and air and water quality standards,” he suggests.

Throughout the discussion, Haigh repeatedly highlights the importance of cross-border trade and the all-island economy. “NGOs on both sides of the border have reminded us that the island of Ireland comprises a single biogeographical unit, with the two countries sharing geology, landscapes, flora and fauna; there are a number of issues which need to be handled cooperatively. This will be much more difficult if legislation diverges, and EU money is no longer available to support cross border projects in the north, including nature protection on invasive species, cross border river districts and climate change action,” he warns.

Indeed, the loss of EU funding is highlighted as a distinct possibility following Brexit. “Adaptation requires collaboration, and the north will lose EU funding. Waste crime is a serious issue in Ireland, and any divergence in regulatory standards and landfill taxes could encourage further illegal activity. The EU’s shipment of waste regulation bans the export of waste to a non-EU country, unless the country is a member of EFTA, which the UK is not. Ireland doesn’t have the infrastructure to treat hazardous waste, and some has been going to the mainland UK and the north. Ireland will have to export their waste elsewhere.”

The discussion moves on to the subject of governance post-Brexit, as Haigh outlines the potential ramifications of Britain’s departure from the EU on environmental policy in Northern Ireland and beyond into Great Britain: “In the UK, environmental policy is largely devolved to England, Scotland, Wales and Northern Ireland. Until now, they have been held together by overarching EU legislation. Northern Ireland could go in a very different direction from England. There will be an extra element here due to the need to work with the Republic,” says Haigh. “After Brexit, it will need a common rulebook that goes far beyond the proposals outlined in Chequers,” he adds.

Whilst 40 years of European environmental policy has guaranteed a mature degree of understanding, “it won’t stop evolving,” according to Haigh. “To look 40 years ahead is filled with peril. But one thing can be said with certainty: environmental problems will be long range and long term. Climate change will not go away. The worldwide demand for food, water and resources will increase. Reversing biodiversity loss will only get more difficult, as the next generations aspires to the standard of consumption that the western middle class takes for granted. 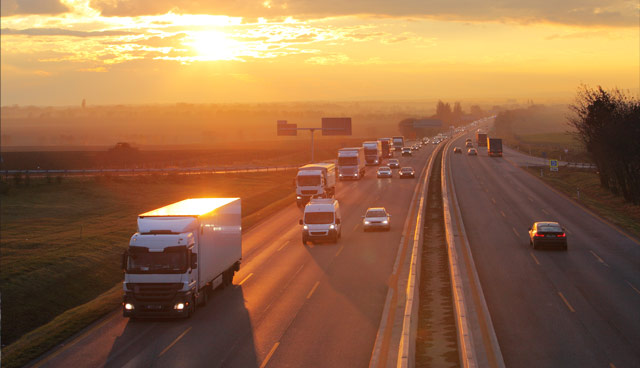 “NGOs on both sides of the border have reminded us that the island of Ireland comprises a single biogeographical unit, with the two countries sharing geology, landscapes, flora and fauna.”

“Environmental policy will only grow in importance as time goes on. Brexit will weaken the EU in its ability to act internationally. Only France has a comparable diplomatic service, and both France and the UK, acting with EU officials, succeeded in getting other countries to sign up to the Paris Agreement.”

Only the EU has such an environmentally engaged public, and an institutionalised culture in which environmental policy is so central, claims the policy expert. “The UK’s departure will only diminish that.

“One possibility is a more aspirational but less practical EU, the other possibility is a post-Brexit deregulated British government eager to secure trade deals with other countries having a chilling effect on the EU, which would not want to be undercut by an economically important offshore neighbour. That pressure could lead the EU to trim back its environmental ambitions.

“Ireland, being the UK’s closest neighbour, cannot avoid getting caught up in those storms,” he concludes.

Nigel Haigh’s speech at Environment Ireland 2018 can be accessed via the Green Alliance Blog here.