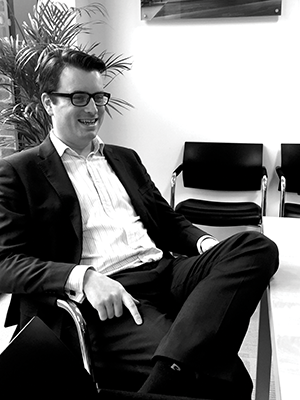 Turley’s Associate Director for Engagement, John Davison explains the necessity for developers to engage with communities.

What makes a great place? It’s a deceptively simple question, with a much harder to reach answer.

Think of your own top five places. Perhaps they are tied up with holiday memories of sunny piazzas, museums, or the natural outdoors? Did you consider our own towns and villages in Northern Ireland, or indeed the city streets of Belfast?

The latter has been the challenge for Belfast City Council, and they sought to answer it with the publication of the “City Centre Regeneration and Investment Strategy” earlier this quarter. Coming, as it did, a year after the Canadian city planner Joe Berridge’s vision for the city was presented; the strategy reflects an emboldened City Council, replete with new planning powers. Albeit the recent decision of DSD Minister, Mervyn Storey, to pull the Regeneration Bill means Council will continue to work with DSD officials for a while longer.

For some, the document is a clear statement of how the City will meet the demand for Grade A offices and develop the amenities, accommodation and streetscapes to create a city centre where we would once again choose to live. For others the document ties together an established collection of separate projects which, while individually ambitious, may never deliver a cohesive sense of ‘place’.

That is the difficulty; ‘place’ is as personal and varied a concept as our own values, tastes, culture and desires. Celebrated Danish architect Jan Ghel revolutionised urban design in the 1970’s by encouraging the consideration of how people live, work and use buildings and spaces, in his approach for creating great ‘places’.

However, the real stock and trade of development and planning, and a key factor on which the Council’s strategy will hinge, is land, assets and transactions. This can be summed up more simply as ‘real estate’.

Indeed, the new planning regime places ‘people’ and ‘real estate’ on this overlapping course, requiring those who control ‘real estate’ – developers – to engage with communities – ‘people’. From the 1st of July 2015 interim arrangements ended, and all major or regionally significant planning applications are required to undertake 12 weeks of consultation with the community.

Early indications show that it has been a requirement that some developers have chosen to avoid. Belfast City Council’s first six month statistics revealed that of 27 new major applications received only five have undertaken pre-application consultation. Meaning there was a rush to submit planning applications before the interim arrangement ceased. DoE statistics show a similar bump in the number of applications across NI for the same pre July 1st period.

The new planning system has been a culture shock, not least for the relatively small community of Northern Ireland developers seeking to a secure return for their investment. With such a step change in expectations on engagement, it’s perhaps not surprising that some have chosen to maintain a typically more guarded position about their development proposals.

However, good developers understand that great ‘places’ attract higher market values. That adding a sense of place to their real estate will add to the value of their own investment. This requires an understanding of people – both end users and the communities that will be their neighbours.

The legislation puts engagement up front at the start of the process. Before a pile is driven or a brick is laid, planners and communities will want to know how what you are proposing will enhance or protect their sense of place. If not, they will persecute you in the press, object to your proposal, complain to political decision makers and attempt to stall or derail the process.

In a city like Belfast, where communities have had to watch their backs for so long, developers must now be genuine in their investment with ‘people’ and engage them about their real estate, buildings and spaces. This is the only way to deliver sustainable regeneration, make great ‘places’ for the city and achieve a return on investment.